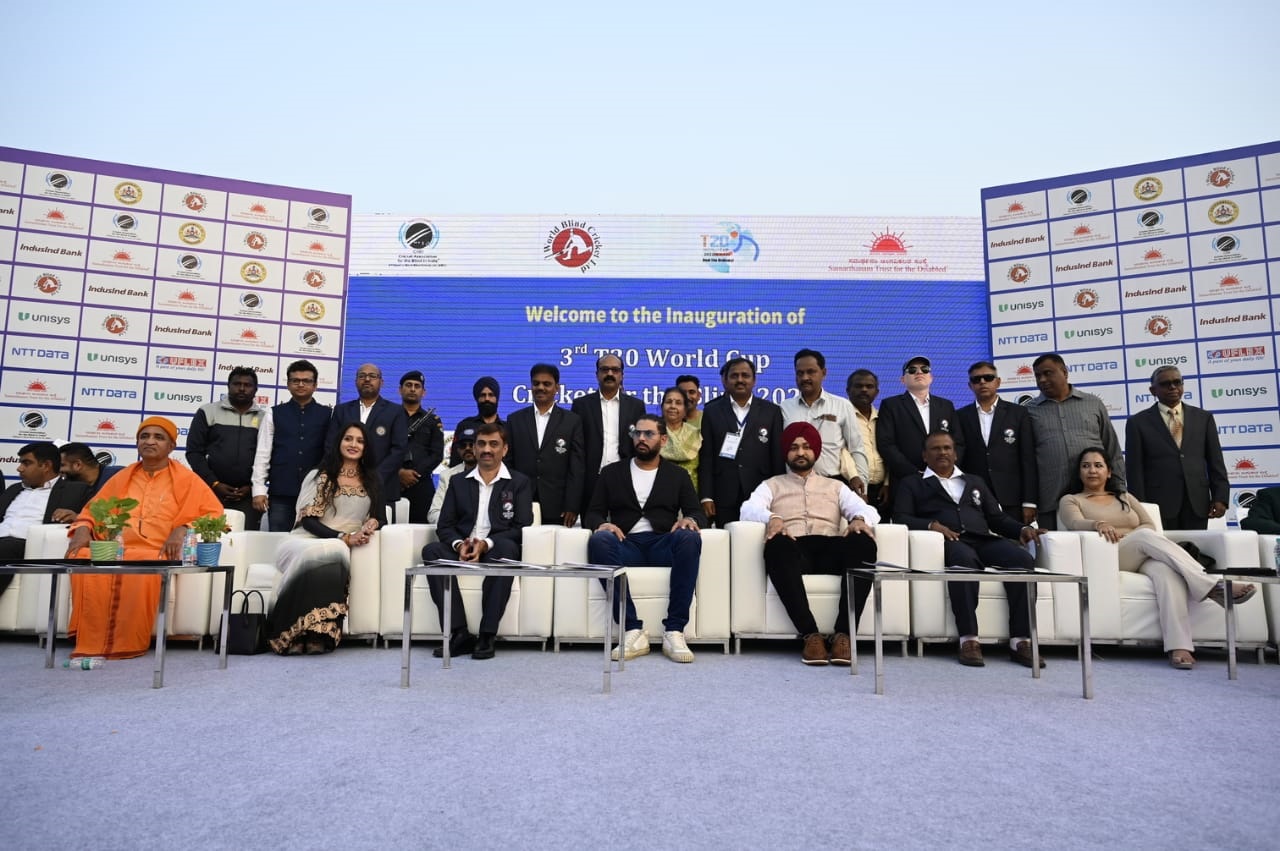 The 3rd T20 World Cup for the Blind, was officially inaugurated here at the Tau Devi Lal stadium, in the presence of Sandeep Singh, Minister for Sports and Youth Affairs, Govt. of Haryana, Dr. Mahantesh G Kivadasannavar, President of the Cricket Association of the Blind in India (CABI), former Indian world-cup winning cricketer Yuvraj Singh, also the brand ambassador for the event, Raymond Moxley, Secretary General, World Blind Cricket Ltd. (WBC) and Swami Nirbhayanda Saraswati, President, Ramakrishna Vivekananda Ashrama, Gadag and Bijapur, Karnataka among others. A heartwarming invocation song and a musical medley was performed by Sunadha, the cultural wing of Samarthanam, which consists of visually impaired and speech and hearing-impaired artistes. Also present amongst all the dignitaries was a special guest in Indian actress from the Kannada film industry Harshika Poonacha.

Samarthanam Trust for the Disabled, has been championing the cause of Cricket for the Blind, since 2010-2011. Seven countries including Australia, Bangladesh, Pakistan, Nepal, South Africa, Sri Lanka and hosts and two-time defending champions India will feature in the 11-day 24-match schedule that has been drawn up. Besides Delhi/NCR, India matches will be played in cities like Indore in Madhya Pradesh, Kochi in Kerala, Cuttack in Odisha and Panjim in Goa before the final matches including the two semi-finals and the grand finale takes place in Bengaluru.

While the Ajay Reddy captained India take on Nepal in the first game at Faridabad’s Sledge Hammer ground on Tuesday, 06 December, 2022, the big India-Pakistan clash is slated to take place a day later at the DDA Siri Fort Sports Complex in the national capital subject to their visa process.

In his speech, former India cricketer Yuvraj Singh said, “When CABI first approached me, the first thought that came to my mind was that even when I was half-awake during my active playing days, I would not dare to face a ball, then how do these cricketers do it. They are real-life heroes. I feel blessed and honoured to be amongst them and as brand ambassador I call upon more and more corporates, the government, the public and the media to come forward and support these passionate cricketers. On my part, I pledge to do whatever is in my power to support Cricket for the Blind. I wish all the participating teams, the very best of luck.”