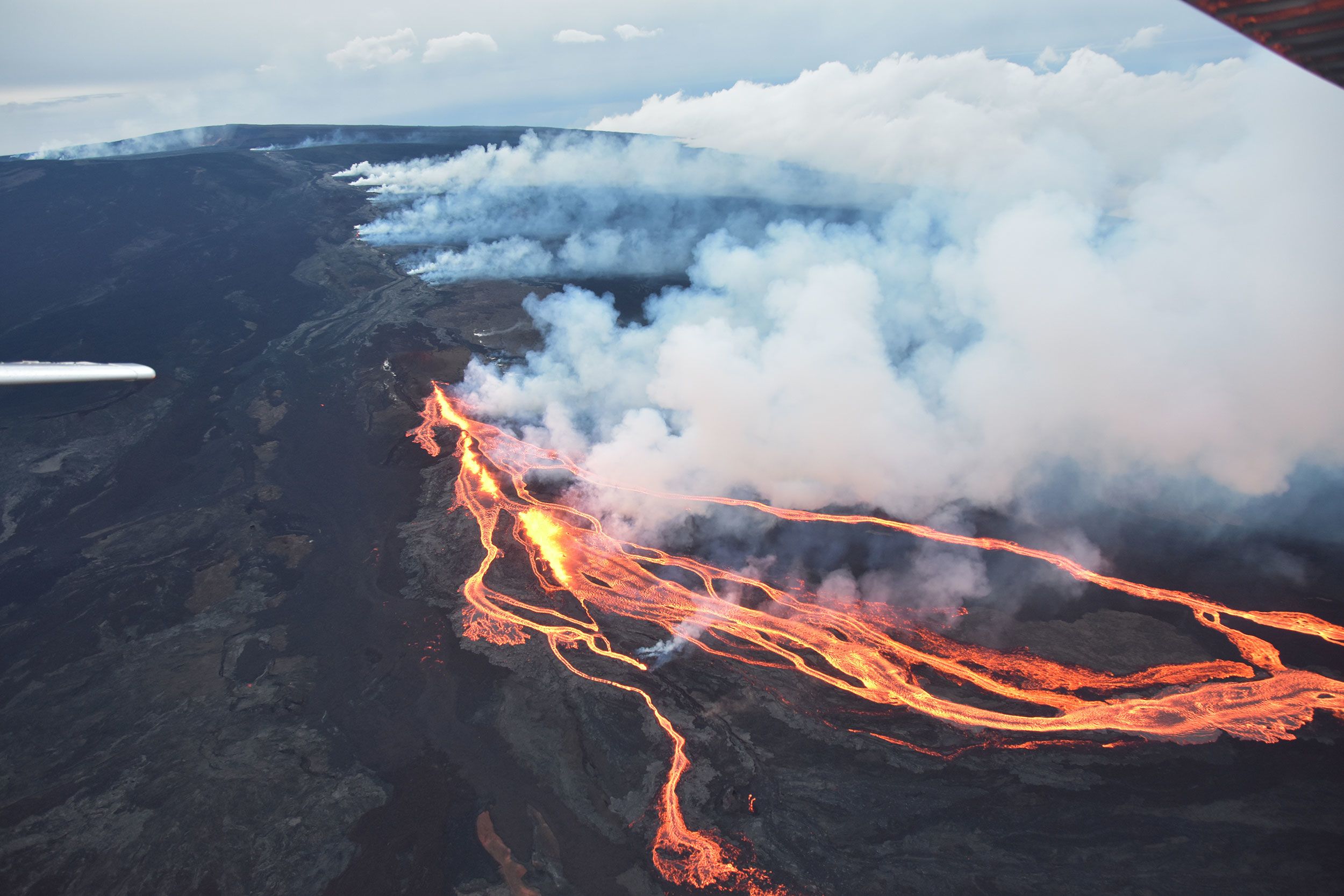 Lava shot into the air and flowed downhill as Hawaii’s Mauna Loa volcano erupted for the first time in 40 years.
Hawaii’s Mauna Loa, the world’s largest active volcano, started erupting Sunday night (local time), and lava was flowing from its summit by Monday morning, the US Geological Survey said.
The Hawaiian Volcano Observatory (HVO) said, “Lava flows in the summit region are visible from Kona. Winds may carry volcanic gas and possibly fine ash and Pele’s hair (a type of volcanic glass) downwind.”
The lava wasn’t expected to threaten populated areas, officials said.
“Lava flows are not threatening any downslope communities, and all indications are that the eruption will remain in the Northeast Rift Zone,” the USGS said in a statement.
At a Monday afternoon press conference, Hawaii Volcano Observatory Scientist in Charge Ken Hon said officials don’t expect the lava flow to reach the Southeast Rift Zone, where there are more inhabitants.
“As far as we know, in any historic precedent, there has never been an eruption of Mauna Loa that activated both rift zones at the same time or during the same eruption,”
Han said. “So we presume at this point that all of the future activity is going to be on the Northeast Rift Zone and not on the Southeast Rift Zone. So those residents in that area do not have to worry about lava flows.”
Mauna Loa has erupted 33 times since 1843, according to the USGS.
It last erupted in 1984, when lava spilled down its slopes and came within 4.5 miles of Hilo.
Hon said the lava flow is very similar to the lava flow from the 1984 eruption and could potentially threaten populated areas around Hilo.
He added that “only a couple of eruptions” have made it into the outskirts and reached Hilo.
Still, the agency warned all residents on Hawaii Island who is “at risk from Mauna Loa lava flows” to “review preparedness and refer to Hawaii County Civil Defense information for further guidance.”
The early stages of an eruption can be dynamic, the agency warned, adding that “lava flows can change rapidly.”
Residents were also warned volcanic gas, ash, and thin glass fibers known as Pele’s hair could be carried downwind.