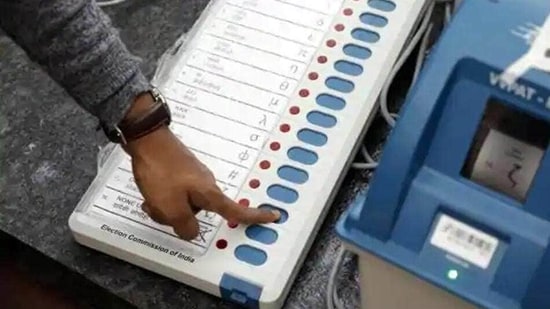 Like other places in Gujarat, the industrial town of Surat is witnessing election buzz with the workers in the city and its adjoining areas likely to play a significant role in influencing the electoral outcome of the seats in the district.
The city has business links with more than 80 countries across the globe and is hub of cut and polish diamonds industry.
Apart from its global dominance in the cutting and finishing polished diamonds, the city also has large-scale units of other sectors such as spices and apparel. Lakhs of people work in Surat’s diamond industry.
The jewellery manufacturers, importers and exporters in Surat talk of the city having created large employment avenues and its attraction for people not only from within Gujarat but different parts of the country.
“The city cuts and finishes most of the world’s polished diamonds….the turnover has been over Rs 232 crore…The units here create employment for 25- 30 lakh people directly or indirectly,” said Dinesh Navadiya, chairman, Indian Diamond Institute.
He said Surat has emerged as diamond hub with more people acquiring skills of cutting and polishing from the communities that traditionally practised them. He talked about the role of Jain community in diamond trade.
Navadiya said Patidars, who earlier worked on farm, moved to doing skill jobs and have a large presence in the diamond trade. “By the virtue of their hard-work, they have picked up the skill set really well and this is turning out to be a very healthy combination.
The combination has been flourishing since 1960s helping establish Surat as the diamond hub,” said Navadiya.
He said the task is labour-intensive industry and creates employment opportunities.
“There are many who have not even been to school but their skills are useful. There is not a single paisa investment from the government but the results are for everyone to see,” he said. .
Laxmi Diamond, a multi-storey unit where cutting, polishing to finishing of diamonds is done, employs more than 7500 people.
The workers hail from northern Gujarat and several other places of the country including Odisha, West Bengal and Jharkhand. Lalit Gajera, Director, Laxmi Diamond, said there is need for more skilled workers. “We would be happy if the government encourages skill training for more and more workers to help the industry,” he said.
He suggested that migrant workers should be given benefit of schemes such as “awas yojana”. Dinesh Navadiya said they not have any real issues related to GST or IGST and “whenever we have asked for a change, more than often the government has accommodated our request.”
He said they are hoping that the government sorts it out at the earliest an issue was about initial amount of GST refund. He also said the government should give turnover tax benefit. Navadiya said easier availability of gold to medium and small sectors will help boost exports.