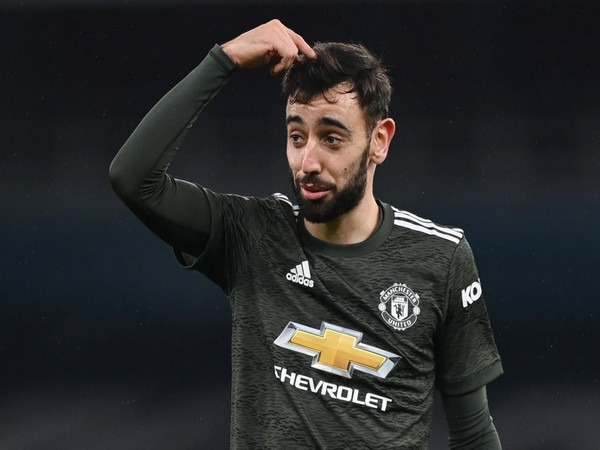 New Delhi [India], January 31 (ANI): Manchester United midfielder Bruno Fernandes said he would not rest until he helps the club continue its legacy of winning trophies.
Since arriving at Old Trafford Bruno’s impact on the team has been immense – scoring 28 goals in 53 appearances – but he was left frustrated after the Reds were held 0-0 against Arsenal in the Premier League.
The Portuguese marked 12 months since joining the club, adding that he hopes it will be “the first of many years together”.
“Definitely not the result I wanted to celebrate my first year as a Red, but we’ll keep working to improve. It’s an absolute honor to play football with the Man Utd badge on my chest. The history of this football club was built over wins, many wins,” Fernandes wrote in an Instagram post.
“I came here to help on continuing that legacy, and I won’t rest until I do it. I want to thank all the fans for your outstanding support. Hopefully, this was only the first of many years together.
Glory glory Man United!” he added.
United are at second spot with 41 points in 21 games, three points behind Premier League topper Manchester City. United will next face Southampton on Wednesday. (ANI)

Ind vs Eng: Buttler one of the best in world cricket, says Foakes 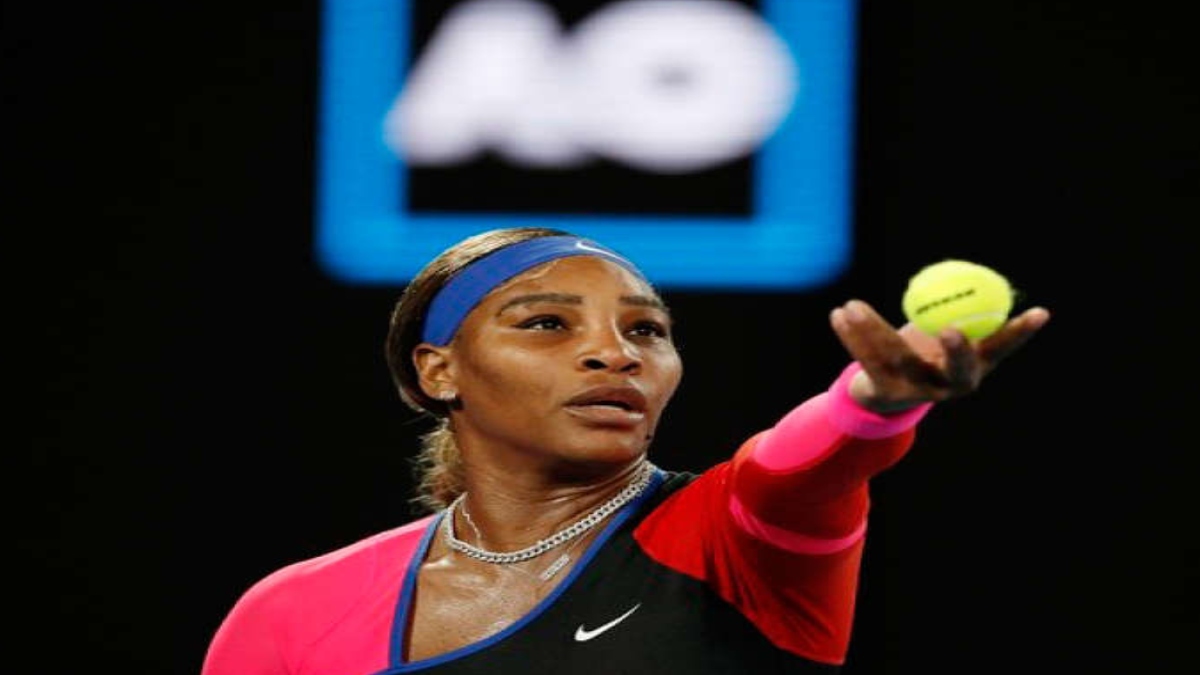 Former World number one Serena Williams will not contest the Australian Open 2022 following advice from her medical team on Wednesday. The 23-times grand slam singles champion had an injury-disrupted season and has not competed since an ankle injury forced her to retire six games into her first-round Wimbledon clash with Aliaksandra Sasnovich in June. “While this is never an easy decision to make, I am not where I need to be physically to compete,” Williams said in a statement.

“Melbourne is one of my favorite cities to visit and I look forward to playing at the AO every year. I will miss seeing the fans, but am excited to return and compete at my highest level,” she added.

Williams was a semifinalist in 2021, defeating Aryna Sabalenka and Simona Halep before falling to eventual champion Naomi Osaka. A left knee injury sidelined her until the clay season this year.

The seven-time AO winner reached the fourth round of Roland Garros, but she eventually suffered an injury in the first round of Wimbledon. Williams’s last title came at Auckland in 2020 and is currently ranked World No.41. On Monday, 2019 US Open champion Bianca Andreescu also decided to skip the first major of the season. The young Canadian star is taking a break from the tour, before targeting a comeback later in 2022.

Rain and bad light curtailed the final session of Day 1 of the ongoing first Ashes Test between England and Australia here at the Gabba, Brisbane. 50.1 overs were bowled on the opening day and it saw England bundled out for 147 with Australia skipper Pat Cummins taking five wickets. Cummins and Mitchell Starc got among the wickets as Australia dominated the second session on Day 1. Resuming the second session at 59/4, England was given a body blow straight away as Australia skipper Pat Cummins got the better of opening batter Haseeb Hameed (25) and this brought Jos Buttler to the middle.

The right-handed Buttler played a counter-attacking knock, however, his 39-run knock finally came to an end in the 41st over after being dismissed by Mitchell Starc.

Soon after, the set batter Ollie Pope (35) also departed after top-edging a ball bowled by Cameron Green and England was reduced to 118/7 in the 44th over of the day. The Three Lions’ innings went further into a slump after Ollie Robinson (0) was sent back to the pavilion by Pat Cummins.

Mark Wood (8) was sent back to the pavilion by Cummins and England was nine wickets down with less than 150 runs on the board. In the end, the visitors were bowled out for 147.

Earlier, Mitchell Starc, Josh Hazlewood and Pat Cummins got among the wickets as England was left reeling on Day 1. At the lunch break, England’s score was 59/4. A total of 26 overs were bowled in the opening session of the first Test. 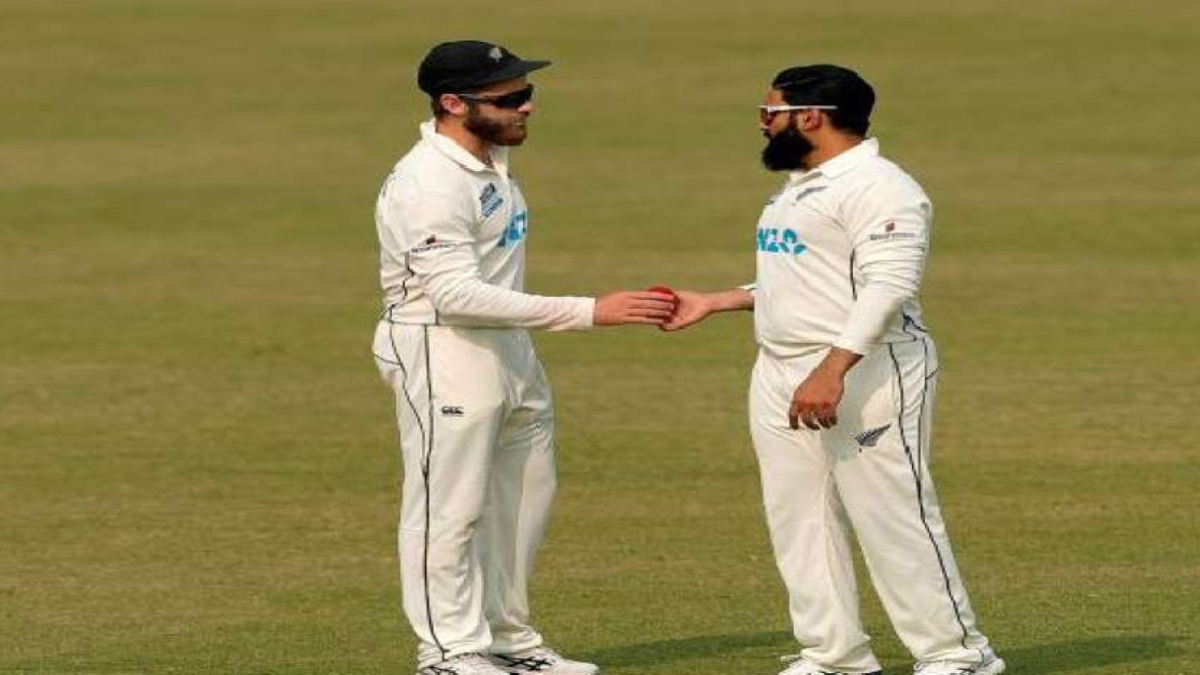 He had achieved the feat against India in the recently-concluded Wankhede Test. “Always a tough series against a quality side, congratulations @indiancricketteam. But a very special moment, or 10 moments to be exact, that we were all fortunate to witness. Incredible achievement @ajazpatel! #10outof10,” Williamson wrote.

Williamson had not played the second Test against India due to an elbow injury.Mayank Agarwal’s heroics with the bat and Jayant Yadav’s four-wicket haul in the second innings helped India defeat New Zealand by 372 runs in the second Test of the two-match series here at the Wankhede Stadium on Monday. With this win, India sealed the two-match series 1-0 and now Virat Kohli’s side will head to South Africa for three Tests and three ODIs, beginning December 26. The Test will be remembered for Ajaz Patel’s ten-wicket haul. 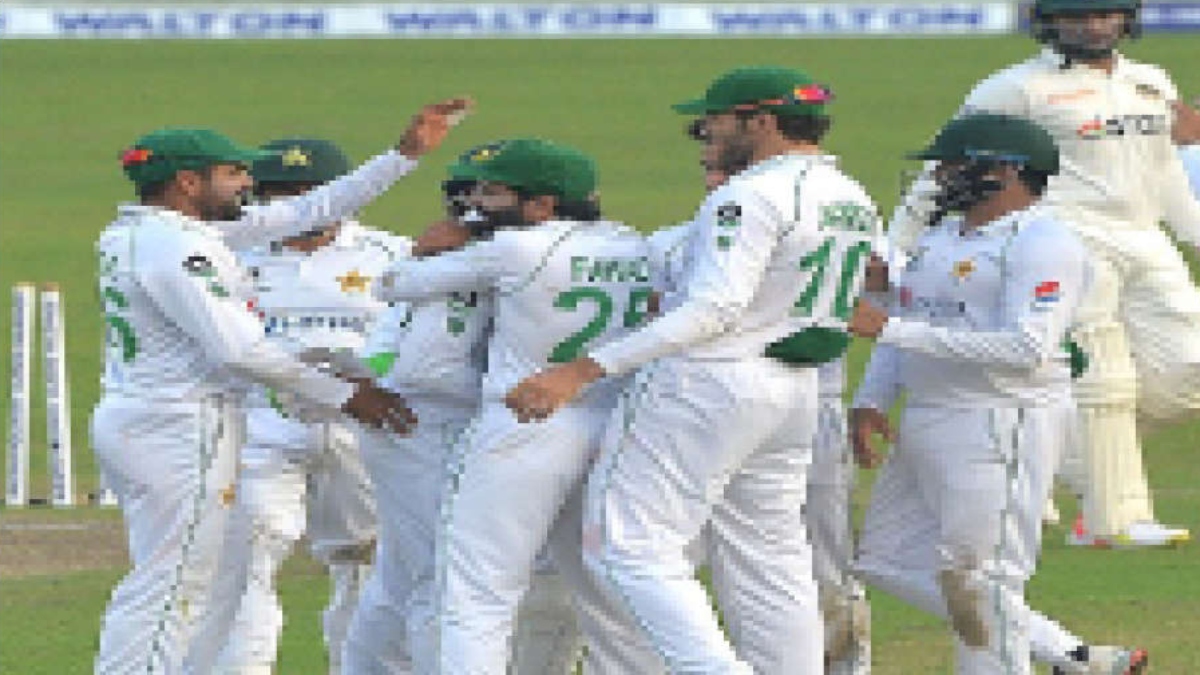 Resuming the day at 76/7 in the first innings Bangladesh needed a stellar batting display to save the Test match but unfortunately, Taijul Islam was out leg before to Sajid Khan for a duck. Another tailender Khaled Ahmed came and lasted only two balls as he was cleaned up by left-arm pacer Shaheen Shah Afridi for no score. Sajid then got the last wicket of Bangladesh’s 1st innings as Shakib Al Hasan was out caught at short cover to Azhar Ali for 33. The hosts were bundled out for a paltry 87 with 4 batters getting out for a duck.

Expectedly Pakistan team enforced a follow on as they were eyeing victory. The Bangladesh team did not learn from their past mistakes losing wickets in heap. Hassan Ali clean bowled opener Mahmudul Hasan Joy for 6 with only 12 runs on the board. In the next over the other opener, Shadman Islam was sent packing by Shaheen Shah Afridi for 2.

Hasan Ali struck again in the very next over dismissing Mominul Haque leg before for just 7.

Resuming at 72/4 post-lunch Liton and Mushfiqur took their partnership beyond the 50-run mark.

The resilience broke as Sajid Khan once again proved to be a thorn in the flesh for Bangladesh getting the important wicket of Liton Das for 45.

Mushfiqur Rahim stayed on and struck a partnership with star all-rounder Shakib Al Hasan and in-process took Bangladesh total to triple figures which they failed to achieve in the first innings. Rahim and Shakib kept Pakistan bowlers at bay for some time and struck a 49-run partnership. Unfortunately, an untimed run out of Mushfiqur Rahim gave the visitors another foot in the door.

Shakib Al Hassan refused to give up notching up his 26th half-century in Test matches. Shakib along with Mehidy Hasan Miraz struck a fifty partnership. Just when it seemed that Bangladesh are clawing their way back Pakistan skipper Babar Azam introduced himself into the attack and dismissed Mehidy Hasan for 14 in his very first over.

Sajid Khan once again got the breakthrough for visitors dismissing Shakib Al Hassan for 63. In his next over he then got Khaled Ahmed out stumped for a duck. Sajid delivered the final nail in the coffin to dismiss Taijul Islam for 5 as the hosts were bowled out for 205. Pakistan won the match by an innings and 8 runs to sweep the series 2-0. Sajid Khan finished with figures of 4/86 in the second innings and in the first innings he bagged 8 wickets for 42.

DRAVID, KOHLI COMING TO ACKNOWLEDGE ME IS A ‘VERY BIG THING’: AJAZ PATEL 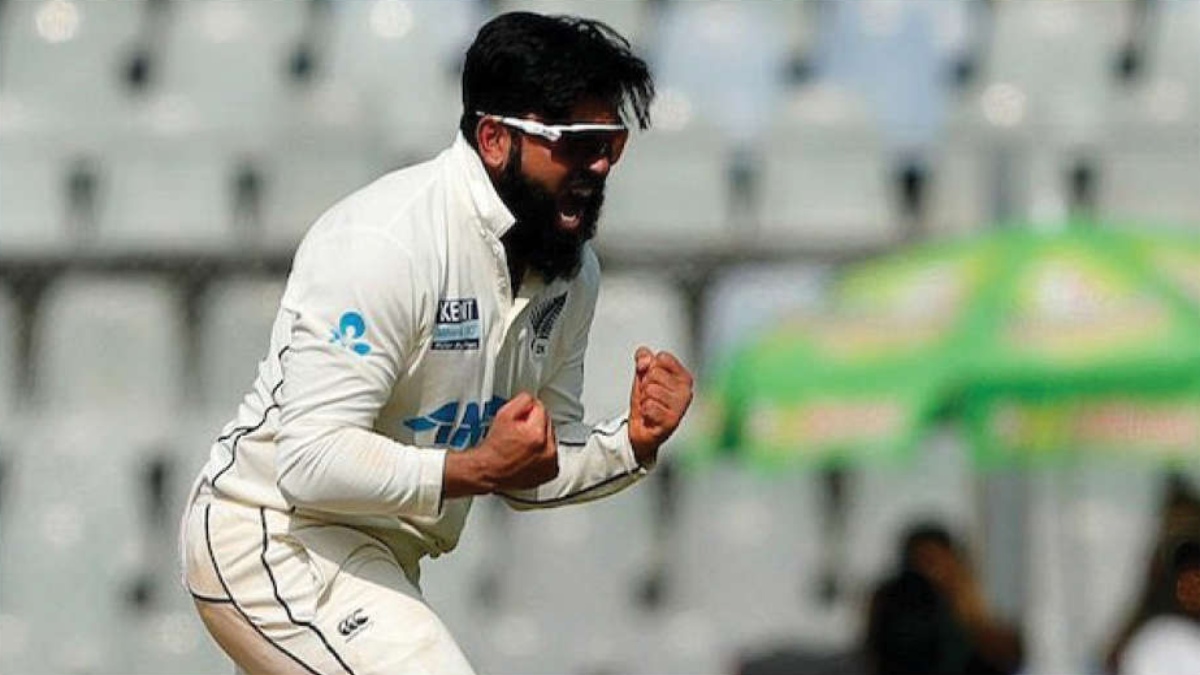 New Zealand spinner Ajaz Patel said that Rahul Dravid and Virat Kohli coming to congratulate him in the BlackCaps dressing room is a very big thing for him and he now just hopes to raise his game with each match.

Ajaz had become just the third bowler after Jim Laker and Anil Kumble to pick all ten wickets in a single Test innings. He had achieved the feat against India in the recently-concluded Wankhede Test. “It is a very good feeling, picking all ten wickets in a single Test innings is a big feat. Anil Kumble and Jim Laker are big names, both of them have a big number of wickets in their kitty. So being alongside them is a special feat and to do in it Mumbai which is my birthplace makes it all the more special,” Ajaz told.

“I never thought that I would be able to achieve this kind of feat in Mumbai. Just playing at the Wankhede was special for me. I never thought that I will be able to take so many wickets in Mumbai. It is about destiny I feel,” he added.Further talking about his feat, Ajaz said: “If I am telling the truth, when I had taken nine wickets then I thought I have a chance of picking all ten. There were four balls left in my over and I realized those were the most important. I was lucky that I was able to get the tenth wicket in that over, Rachin Ravindra took a very good catch and it all went according to plan.”

“I do not know whether I will get a chance to get as many wickets again but the intention would always be to pick more wickets. Rahul Dravid congratulated me, he came to acknowledge me in the dressing room and this is a very big thing for me. We all know about the history of Dravid, Virat Kohli also congratulated me. He is the leader of India and if he is coming to acknowledge you, it is a big thing. Mohammed Siraj congratulated me and then Ravichandran Ashwin took my interview and presented me the signed India jersey. Sportsmanship is a big part of our game,” he added.

The star player will take over from Virat Kohli starting the South Africa series in January next year. 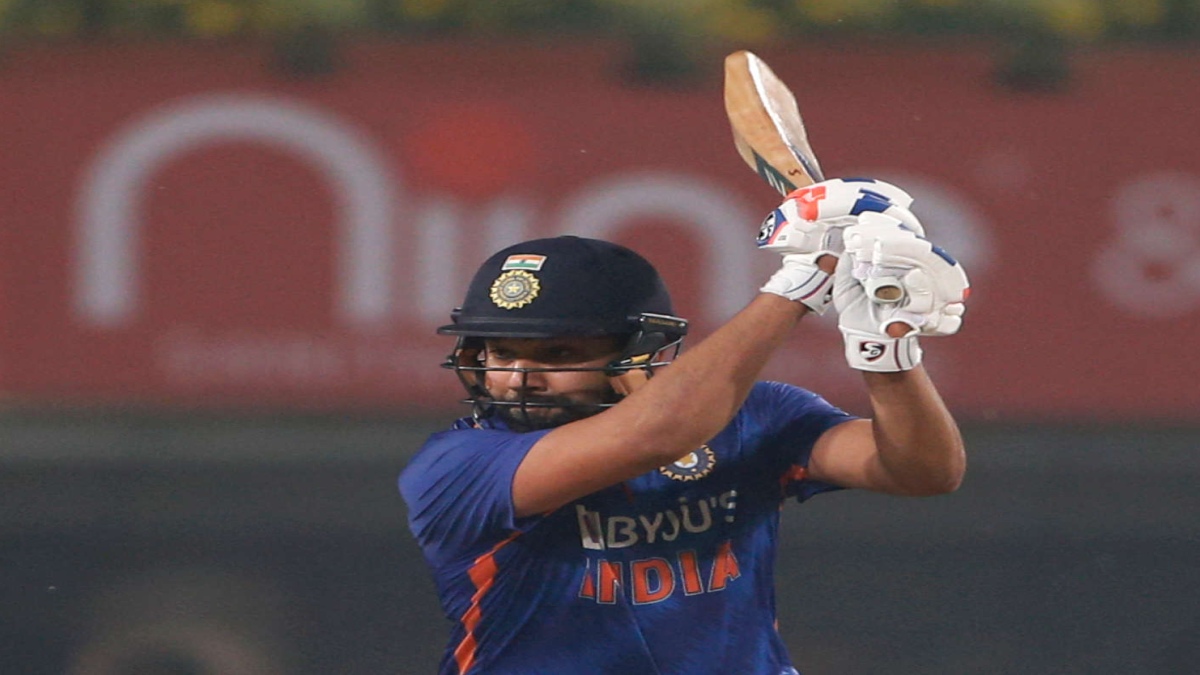 Opening batter Rohit Sharma was on Wednesday named India’s new ODI skipper and the star player will take over from Virat Kohli starting the South Africa series in January next year.

The Test series which gets underway from December 26 will form a part of the new cycle of the ICC World Test Championship. “The following players were not available for selection due to injuries and are currently undergoing rehabilitation: Ravindra Jadeja, Shubman Gill, Axar Patel, Rahul Chahar,” read a statement from BCCI.