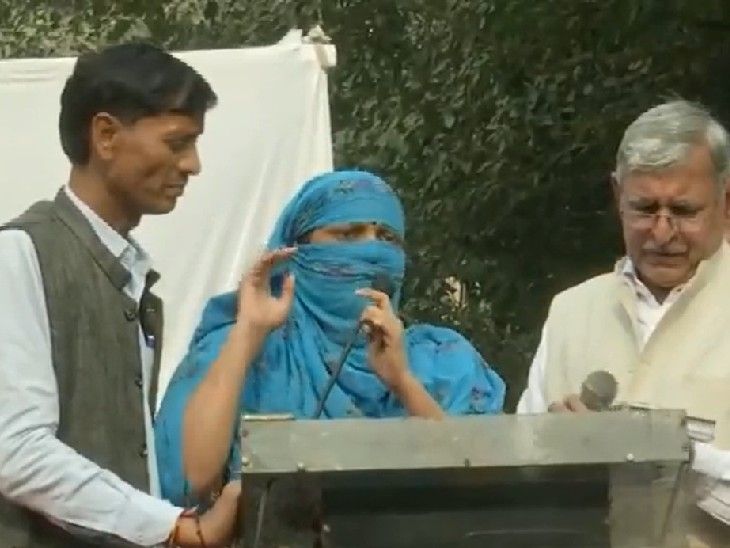 On the stage of Hindu Ekta Manch’s program in the Chattarpur area, a woman beat up a man on Tuesday.

Meanwhile, onto the stage of Hindu Ekta Manch’s program ‘Beti Bachao Mahapanchayat,’ the woman climbed to raise her issues.

While the woman was speaking on a mic a man was seen trying to push the woman from the mic.

Moreover, after the man started pushing the woman later she started hitting the man with a slipper while several others came onto the stage to move the woman away.