With a picture of himself with long hair, Salman Khan puts fans in suspense regarding his upcoming movie. - The Daily Guardian 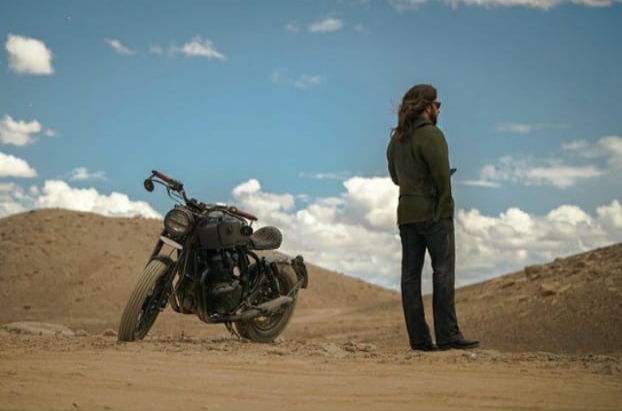 Actor Salman Khan surprised his fans on Friday with his new appearance from Ladakh. Salman’s most recent Instagram post exhibited his long hair. Salman was dressed in an olive-green pullover, black slacks, shoes, and dark sunglasses in the image.

The actor was pictured looking off into the distance with his back to the camera. Behind him, on the road, was a bike. Salman posted the picture caption, “Leh.. Ladakh…” He did not reveal anything regarding the movie.

Fans responded to the post by showering him with affection. Someone wrote, “Bhaijaan’s new appearance is superb,” and “Salman in long hairzz,” wrote a person on Instagram. “Can’t wait for Bhaijaan,” another fan exclaimed. “Tiger 3 shooting,” yelled a supporter. “Kabhi Eid Kabhi Diwali filming, because @hegdepooja now also in Ladakh,” read one response.

In addition to other projects, Salman is starring in Kabhi Eid Kabhi Diwali with Pooja Hegde and Venkatesh Daggubati. The film, directed by Farhad Samji and made by Sajid Nadiadwala, will be premiered on December 30. According to a recent report, Salman and Pooja are currently filming the song Bhaijaan from the movie Kabhi Eid Kabhi Diwali in Ladakh.

He will appear opposite Katrina Kaif and Emraan Hashmi in the upcoming action movie Tiger 3 from Yash Raj Films. According to rumours, Salman will make a brief appearance in Shah Rukh Khan’s forthcoming action movie Pathaan, set for release on January 25, 2023.

Gandhi Statue vandalised in New York, not the first time