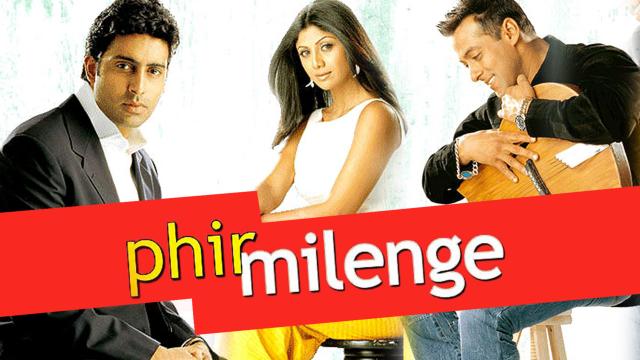 World Aids Day is celebrated across the world on 1 December to create awareness about the symptoms, causes and preventives of the disease HIV/AIDS that has taken unprecedented number of lives. While the taboos around HIV/AIDS still exist in different parts of the world, cinema has tried to break the stigma attached to the disease.
Let’s have a look at Bollywood films that raised awareness about HIV/ AIDS over the years.
Phir Milenge
Released in 2003, ‘Phir Milenge’ starred actors Salman Khan and Shilpa Shetty in the lead roles. Abhishek Bachchan, too, played a prominent role. Inspired by the Tom Hanks starrer Philadelphia, the film was about the wrongful termination of an employee after she is diagnosed with HIV. Revathi directed the film.

My Brother…Nikhil
Onir’s 2005 directorial ‘My Brother…Nikhil’ is considered one of the best Bollywood films on the subject of HIV/AIDS to date. The film revolves around swimming champion Nikhil Kapoor. His life falls apart after he gets diagnosed with HIV. During this time, the only two people who stand by him are his sister Anamika (Juhi Chawla). The film also deals with homosexual relationships.
Nidaan
Nidaan, directed by Mahesh Manjrekar, told the story of a teenage girl who contracts the disease after receiving a blood transfusion. Upon learning of her condition, the family tries to make the most of the time they have left with her. It was released in 2000. Reema Lagoo, Sunil Barve, and Shivaji Satam, among others, acted in the film.

Dus Kahaniyaan
‘Dus Kahaniyaan› is an anthology of ten short films directed by six directors. One of the films titled Zahir, directed by Sanjay Gupta, revolves around ‹AIDS›. The film features Dia Mirza and Manoj Bajpayee. The short film tells the story of a girl named Sia (Dia) who befriends her new neighbour Sahil (Manoj).
After the two become friends, Sahil makes advances for intimacy, but Sia refuses to consent. One night, when he visits a bar with his friends, he sees that Sia works as a bar dancer. Frustrated and drunk, he visits her apartment, and despite her attempts to have a conversation, he rapes her. Later, it is revealed that Sia was suffering from AIDS.