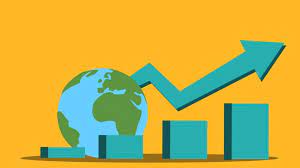 with the quarterly economic data on Wednesday last, it has thrown many insight into the present state of affair of the economy. India’s gross domestic product (GDP) showed 6.3 per cent during the July-September (Q2) quarter—below the expectation. Other data only shows that the pain may be more acute in the coming days.
Synopsis
l The Q2FY23 growth moderated sharply from the previous quarter that was driven by the lockdown-related low base a year ago. The Q2 GDP growth at 6.3% vs GVA (Gross Value Added) growth at mere 5.6% depicted higher taxes adjusted for subsidies. However, the tepid GVA growth reflected mixed behaviour of secondary and tertiary economy.
l While manufacturing disappointed on account of margin compression, led by rising input costs, services, especially in contact intensive services led by trade hotels and Trade & Communication (T&C) continue to enjoy post Covid normalisation. Private GVA growth also slowed to 5.6%, while public sector contribution to GVA growth fell to 0.9 percentage points (3.2ppt in Q1).
l The expenditure side was led by private consumption, although the pace moderated, while Gross Fixed Capital Formation (GFCF) also grew healthy 10.4%. But the government consumption contracted, while net exports remained a significant drag to growth.
l Going ahead, even as recovery in domestic economic activity is yet to be broad-based, protracted global drags in the form of still-elevated prices, shrinking corporate profitability, demand-curbing monetary policies and diminishing global growth prospects weigh on output. This will put pressure on domestic growth story, which still lacks next lever of secular growth. Downside risks are increasing to 7% forecast for FY23.

Slowing private and government consumption
Q2 GDP through the expenditure lens has private consumption once again as the leader, albeit at a slower pace of 9.7% YoY. This was largely expected, as the positive base effects of the previous quarter wear off, Urban and rural consumption indicators have also shown some divergence, with urban consumption doing better than rural. Government consumption declined by over 4% YoY, which implies that the government’s revenue expenditure slowed with the focus on capital spending. GFCF grew at just over 10%, with the Centre again leading in the public sector, while state capex continued to be sluggish. In terms of the external sector, the drag from net imports continued, with imports outpacing exports due to the sustained rise in global commodity prices as well as robust domestic demand. This was expected, as the merchandise trade deficit had increased to US$80.2bn in Q2FY23 from US$68.2bn in Q1FY23 and US$44.8bn in Q2FY22.

Growth pressures likely to worsen
Back home, incoming data even though slowing, remains better than EM peers. Improving contact-intensive services amidst stable urban consumption demand, could continue at a slower pace for some more time. However, our channel checks depict mixed demand trends during the recent festive season. The formal sector employment growth seems to be slowing, indicated by sequential fall in EPFO new payrolls and Naukri Job index. Additionally, subdued real rural wage growth may further impact rural consumption. Capex indicators are healthy with further improving capacity utilization and signs of new investment gradually coming in with capital goods production registering an uptick. Yet, the momentum of the recovery is still below full strength, warranting policy support and push of government capex. The global price disruptions reflect a confluence of China slowdown, and demand curbing global policy actions. These pose downside risks to domestic economic activity. This, in conjunction with higher global uncertainty, tightening global financial conditions, lower corporate profitability and tighter policy reaction function of the RBI, will further curb domestic demand. In this scenario, I am assuming the GDP growth forecast will be 7.0% for FY23, while acknowledging the rising downside risks to the forecast.
Madhavi Arora is the Lead Economist at Emkay Global Institutional Equities desk. She spearheads the Macro research for India and major developed and emerging nations, focusing on policy arena, FX and rates and asset allocation strategies. She has over 13+ years of rich experience as a macro economist with reputed banks and brokerages, namely, Kotak, J.P. Morgan and Edelweiss.