WE MUST REMAIN VIGILANT AND UNITED AGAINST TERRORISM: PM MODI IN DHAKA 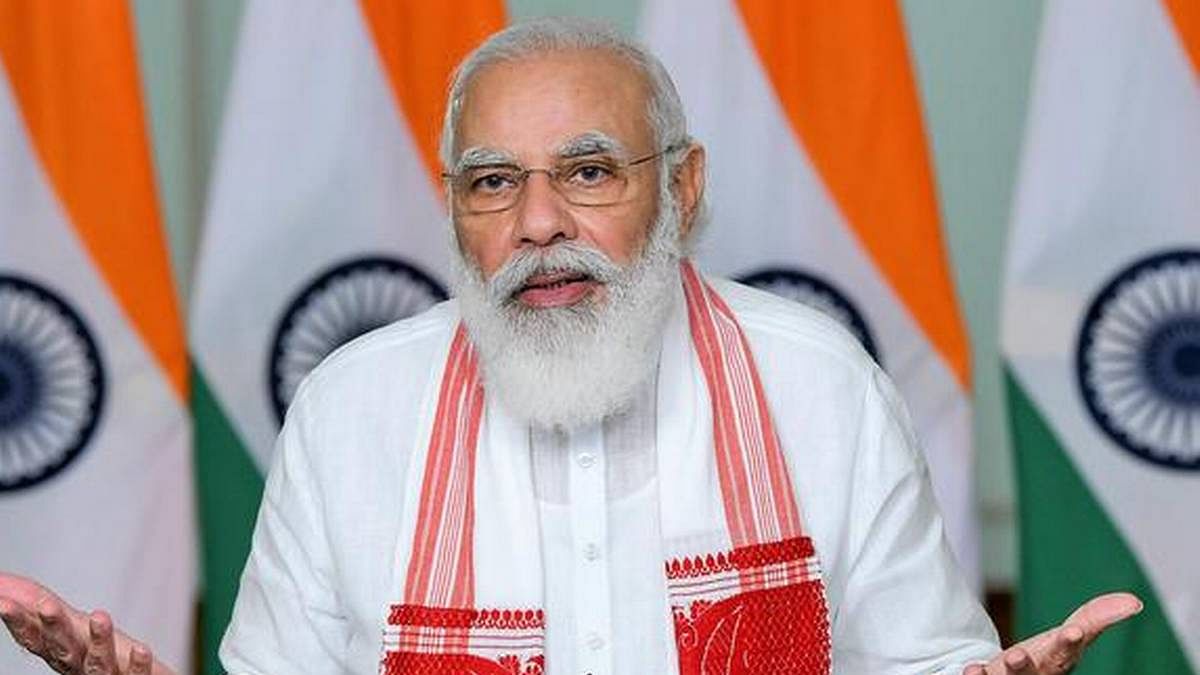 Prime Minister Narendra Modi, while addressing the National Day event in Dhaka, said both India and Bangladesh should remain united and vigilant to counter the terrorism in the region.

“We must remember that we have similar opportunities in the fields of trade and commerce, but at the same time, we have similar threats like terrorism. The ideas and powers behind such types of inhumane acts are still active. We must remain vigilant and united to counter them,” said Modi.

PM Modi also said that both nations have the power of democracy and a vision for the future, and it is necessary for the region the two countries progress together. “That is why Indian and Bangladeshi governments are making meaningful efforts in this direction,” he said.

The Indian Prime Minister has embarked on a two-day visit to Bangladesh, his first foreign diplomatic visit since the Covid-19 pandemic broke out last year. Over the two days, the PM is set to hold talks with his Bangladeshi counterpart, Sheikh Hasina, and will also participate in celebrations to mark the 50th anniversary of the nation’s independence and Bangabandhu Sheikh Mujibur Rahman’s 100th birth anniversary.

During his visit, the Prime Minister also handed over the Gandhi Peace Prize 2020 to Sheikh Mujibur Rahman’s younger daughter. “It is a matter of pride for Indians that we got the opportunity to honour Sheikh Mujibur Rahman with the Gandhi Peace Prize. I also salute the brave soldiers of the Indian Army who stood with the brothers and sisters of Bangladesh in the ‘Muktijuddho’ (Liberation War). I am happy to see them present at this event today,” he added.

PM Modi also remembered his part in the freedom movement for Bangladesh and said that it had been one of the first protests of his political career. “The freedom struggle of Bangladesh was a significant moment in my journey too… My colleagues and I had done a satyagraha in India… I was in my early twenties. I even had the opportunity to go to jail during this satyagraha for Bangladesh’s struggle for freedom,” he said.

Wearing a “Mujib Jacket” as a tribute to Bangladesh’s Father of the Nation, PM Modi attended the National Day ceremony with the country’s President Abdul Hamid and Prime Minister Sheikh Hasina at the National Parade Ground in Dhaka.

Hasina thanked Prime Minister Modi for being a part of the event amid the pandemic and said that India is one of Bangladesh’s best development partners. Earlier on Friday, she had welcomed the Indian Prime Minister with a bouquet of flowers and a guard of honour when he arrived at the Dhaka Airport.

However, his visit has triggered protests in some parts of the country. Four people were killed in clashes in Chittagong during a protest by members of Hefazat-e-Islam Bangladesh, an Islamist group opposed to the visit of Modi, who critics say has been pushing a Hindu-first agenda in India.

Mohammad Alauddin, a police official in Chittagong, said that eight people were brought to a hospital in the city with gunshot wounds, of which four succumbed to their injuries. “We had to fire teargas and rubber bullets to disperse them as they entered a police station and carried out extensive vandalism,” Rafiqul Islam, the police official, told Reuters, referring to the protesters.