‘We are prepared with drones to deal with Diwali incidents’: Fire chief 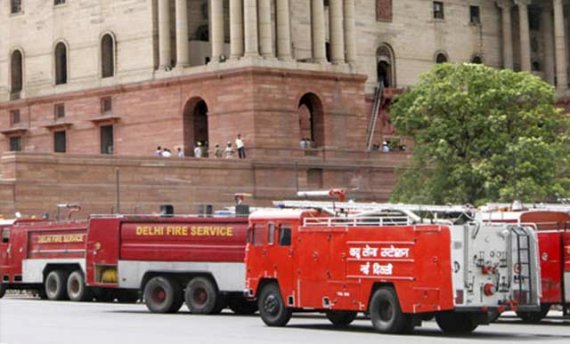 Even though it is illegal to burst firecrackers in the nation’s capital, the Delhi Fire Service has made all the necessary preparations to handle fire occurrences on Diwali. On Monday, the director of the Delhi Fire Service informed the news agency ANI that they “have not let their guard down.” He added that because of the restrictions, they do not anticipate many instances.
“We are prepared with drones and to access high-rise buildings. Fire tenders have been deployed near congested areas. However, we expect there will not be many fire-related incidents as firecrackers are banned,” he said.
In order to increase fire safety and reaction times to fire catastrophes, Delhi Lieutenant Governor Vinai Kumar Saxena earlier this month instructed the Delhi Fire Service (DFS) to build 16 new fire stations throughout the city and add 130 fire tenders to its fleet.
The LG had instructed the fire department to make it easier for all types of business premises and healthcare facilities to obtain fire safety clearances (No Objection Certificates, or NOCs) while serving as the meeting’s chair. In order to improve the reaction time in the event of an emergency, he also ordered the DFS to identify 50 susceptible spots in the city and deploy fire tenders at these locations.
Meanwhile, Delhi has outlawed firecrackers completely owing to rising air pollution. Gopal Rai, the environment minister for Delhi, had previously stated that setting off crackers during Diwali in Delhi may result in a six-month jail sentence and a $200 fine. According to Section 9B of the Explosives Act, producing, keeping, and selling fireworks in the capital is punishable by a fine of up to 5,000 and three years in prison.