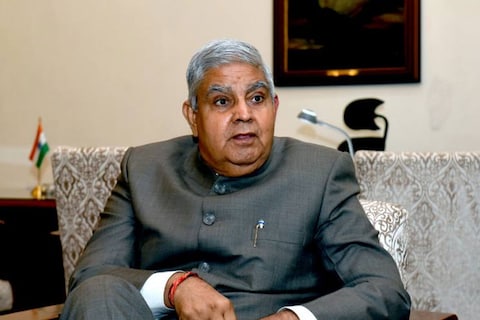 Lauding the rich culture of Tripura Vice President Jagdeep Dhankhar complimented the state on its numerous achievements in the field of education.

Earlier, Vice President Dhankhar inaugurated an exhibition on “Historical and Cultural Heritage of Tripura” and presided over a seminar on “New Horizon of Educational Development in Tripura. The exhibition was inaugurated at Maharaja Bir Bikram College in Agartala.

Addressing the occasion Dhankar praised the implementation of the New Education Policy -2020 and said, “It is a well thought out policy aimed at the transformation of our education sector and to make India a Vishwa Guru again.”

Earlier on Tuesday on his maiden tour Vice President, visited Tripura and West Bengal and said, “I share your aspirations and dreams.”

The official statement by Vice President’s Secretariat said, “Praising the glorious history and rich cultural heritage of the state, the Vice President said that Tripura and other North Eastern states are the pillars of India’s Act East Policy. VP Dhankhar also appealed to the students to follow Fundamental Duties as these would help them become better citizens of the country.”

Talking about work done at the renowned Shaktipeeth, Dhankhar said, “The holy Shaktipeeth emanates sublimity and welfare for humanity. Gratifying to note that a well thought out, massive development is taking shape at this revered ancient Temple.”

The statement further read, “Vice President Dhankhar also held an interaction with the Governor, Satyadeo Narain Arya, and other dignitaries at Raj Bhawan, Agartala. The Chief Minister of Tripura, Manik Saha accompanied the Vice President during these programs.”