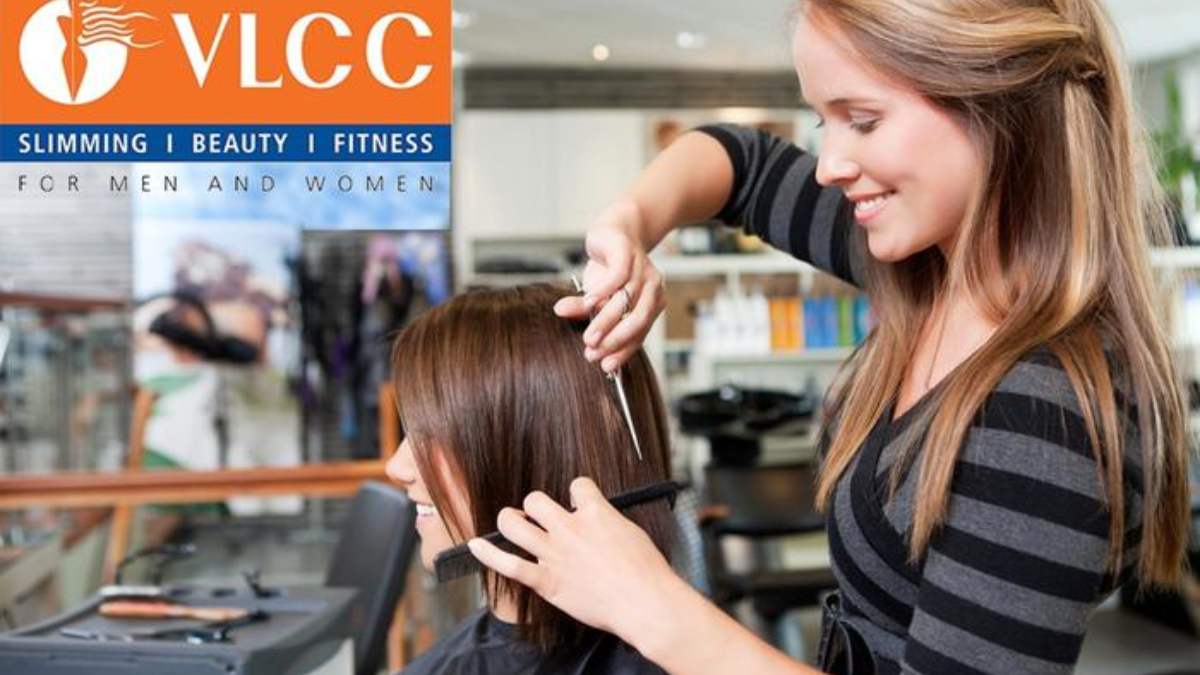 VLCC has launched an online certificate course in hair styling. The 90-hour, 6-week course is timely given the work-from-home trend brought on by the Covid-19 pandemic. Individuals can avail training at the safety of their houses while adding new expertise in their resumes. Course content also includes intensive segments for hands-on practice and styling consultation skills. The course covers a wide range of topics including hair cutting, hair colouring technique, client consultation, hair product knowledge and trendy hair styling. The course also emphasises on the Covid-19 related safety and hygiene protocols that need to be followed and preventive measures while delivering hair services. It also comes with live demonstration classes by VLCC experts and unlimited Q&A opportunities 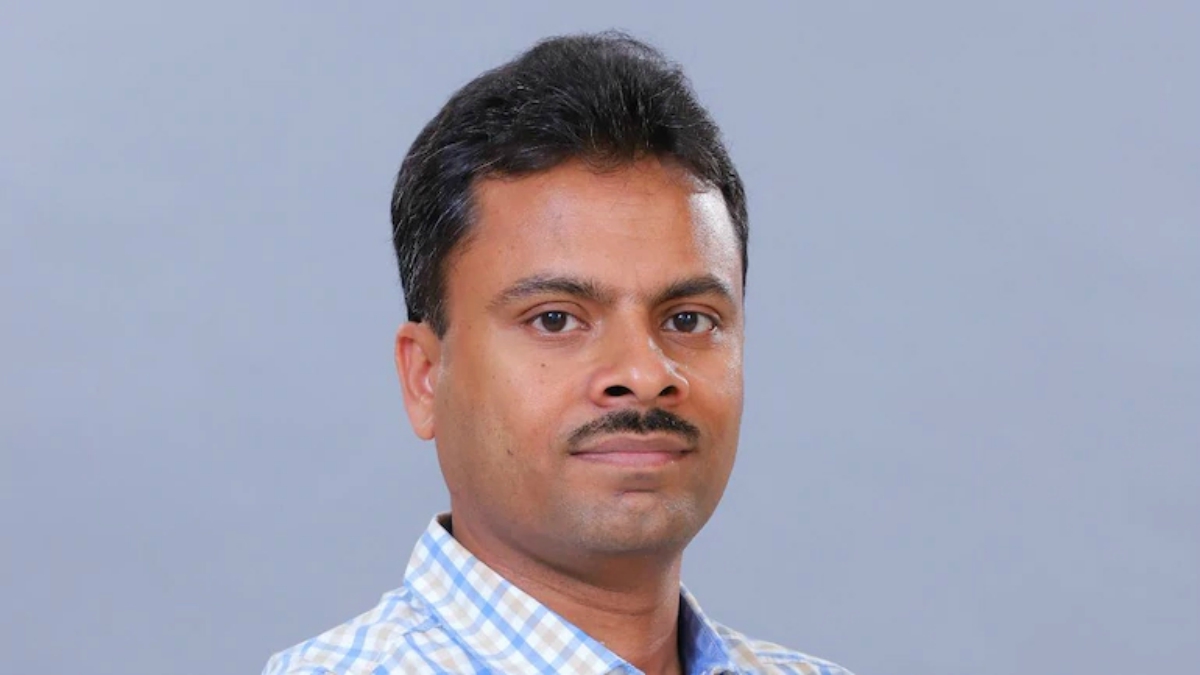 Shiv Nadar University Associate Professor and Head, Department of Chemistry, Parthapratim Munshi, has joined the Royal Society of Chemistry (RSC), UK, as a Fellow. Munshi was invited by the world’s leading chemistry community through its ‘Leaders in the Field’ scheme—which identifies outstanding individuals in the chemical sciences—for his significant contributions in the field, particularly in the area of Organic multifunctional materials and several other notable research. Shiv Nadar University’s Vice-Chancellor, Dr. Rupamanjari Ghosh, said: “Parthapratim is the first member of SNU’s Chemistry Department to become a Fellow of the Royal Society of Chemistry. It is truly a special recognition of his outstanding work, of which all of us at SNU are extremely proud.” 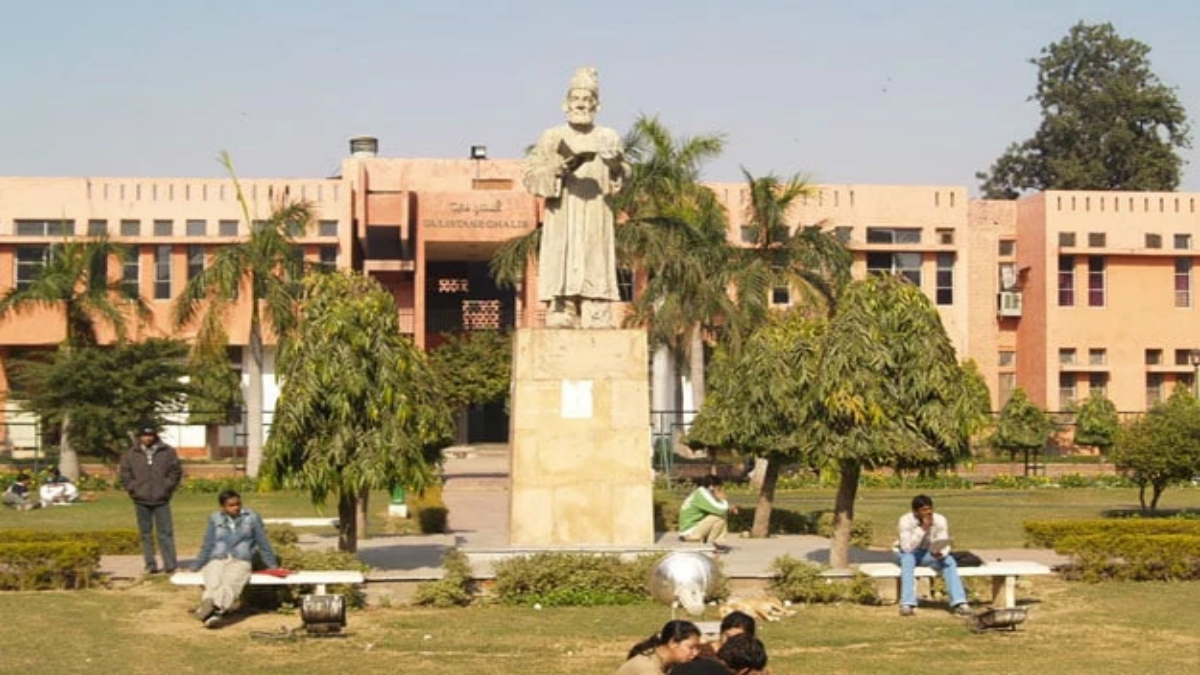 With corruption being one of the major obstacles to economic, political and social progress of our country, employees of Jamia Millia Islamia took pledge to build a corruption-free India, while following the social distancing norms due to Covid-19. The pledge was administered by the Registrar A.P. Siddiqui. The pledge was administered as part of Vigilance Awareness Week being observed from 27 October to 2 November 2020, to emphasise the importance of integrity in public life and show its commitment to implement the policy of ‘Zero Tolerance against Corruption’. The theme of the vigilance awareness week is ‘Vigilant India, Prosperous India. 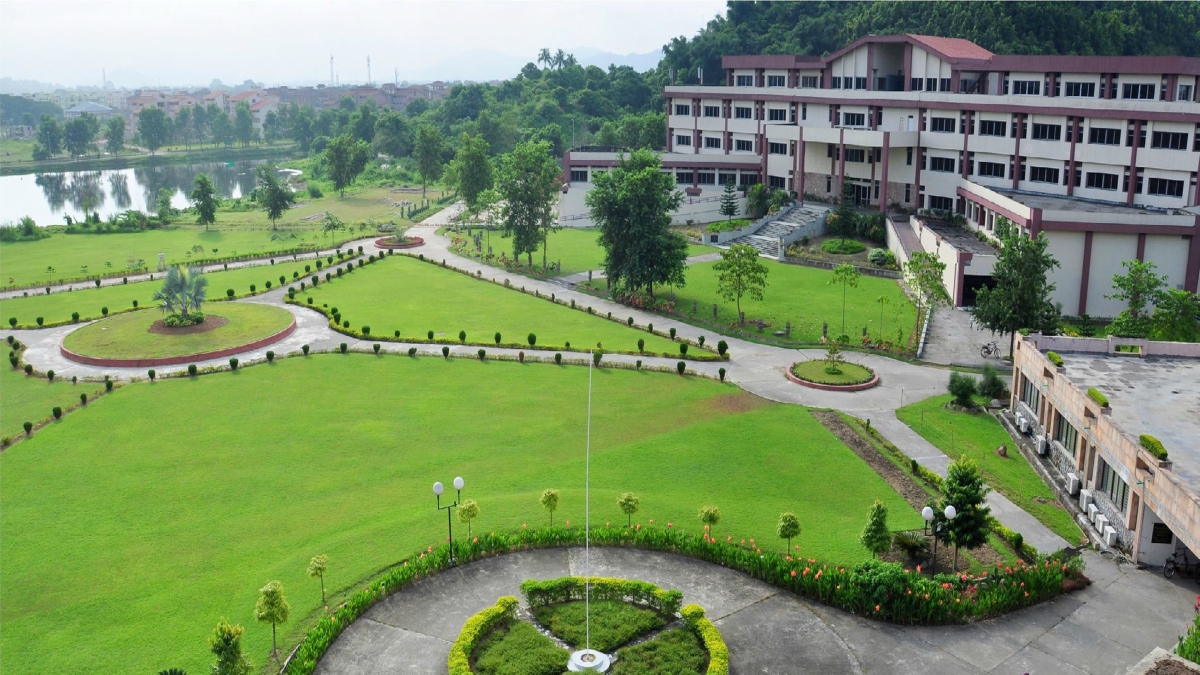 IIT Guwahati researchers have developed a low-cost membrane technology to produce psychoactive drugs and anti-aging compounds from wide range of agricultural resources like camellia sinensis, citrus fruits and peels especially orange peels, berries, ginkgo biloba, parsley, pulses, tea, sea buckthorn and onions. The technology was patented and developed by Prof Mihir Kumar Purkait, Head, Centre for the Environment, and Professor, Department of Chemical Engineering along with his MTech student V.L. Dhadge. This process doesn’t require any organic solvents as used commercially in the industry and so, can cut down the production cost and price drastically. Because of medicinal applications, anti-aging compounds have gained popularity as ingredients in pharmaceutical industry. These are also found in smaller amount in bamboo leaves, grapes, apples, and other natural sources. 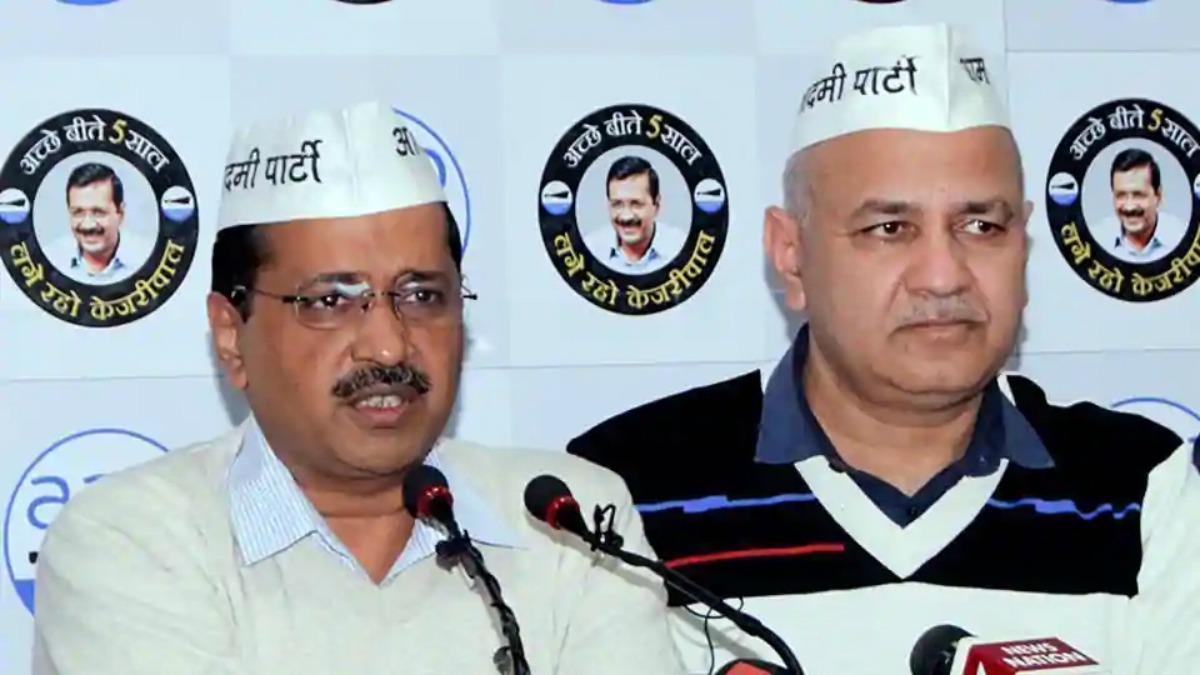 Delhi Chief Minister Arvind Kejriwal and Deputy CM Manish Sisodia interacted with students of the Delhi government schools, who have performed outstandingly well in the NEET-JEE. Lauding students for their commendable performance, Kejriwal said that the students who have gotten into IITs and have secured top ranks in NEET-JEE must become a role model for the entire government education system. Sisodia said that ‘Shikshit Rashtra, Samarth Rashtra’ is the dream of the Delhi government, and said that all passing students must take the responsibility of guiding their juniors about NEET-JEE. This week, the Chief Minister had announced that around 569 students from schools run by the Delhi government qualified for the exam, out of which 379 are girls. “Around 443 students from government schools cleared JEE Mains and 53 have qualified for JEE Advanced and have secured a seat in IITs,” according to a release from Chief Minister’s Office. 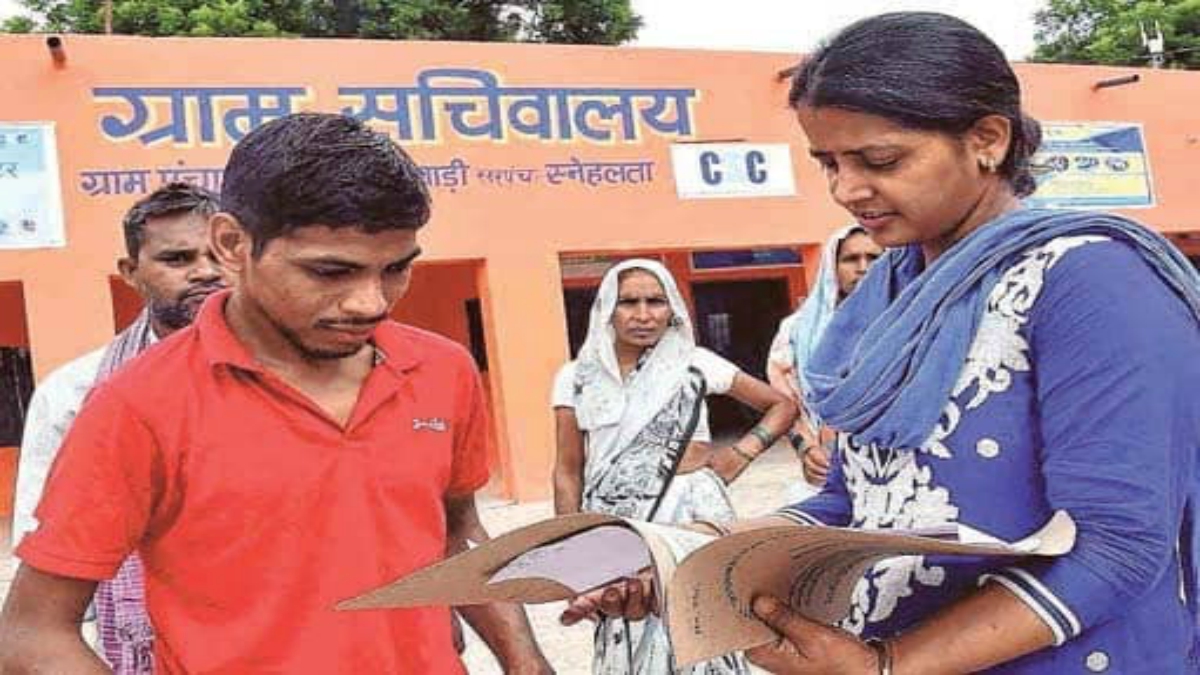 A large number of women entrepreneurs in India are writing their success stories with full warmth, passion, and zeal. One such story is that of Sonu Bala from Haryana’s Rewari district.

Lecturer by profession, it was not easy for her to start her own centre, as her husband was against the idea. Luckily, she was shortlisted to open a Common Service Centre (CSC) and that changed everything. After getting shortlisted, her husband also agreed and now he is her backbone.

“Starting from a small lab in Gram Sachivalaya, I have come a long way and now I have constructed my own CSC building. I purchased the land and built a multi-story building worth Rs 25 lakh for our CSC centre. Rural BPO centre has been opened up in my CSC which was inaugurated by Union Minister of Electronics and IT, Ravi Shankar Prasad last year, said Sonu.

She started her career as a Computer Science lecturer in a government college in Rewari which was 25 km away from her village. She left the job after five years for her new venture. Sonu says her elder brother encouraged her when she said that she wanted to study.

Sonu Bala is popularly known as the ‘CSC Role Model’. Sonu Bala said that she could achieve this because of her family’s support. “As I did not want to do a private job, I thought I should start a business of my own and the idea of CSC came to me. A woman should not be dependent on her father or husband. She should be given a chance to work according to her talent and interest,” Sonu said.

Her mother wanted Sonu to work in the government sector but destiny has written something else for her.

Sonu is the most educated Village Level Entrepreneur having degrees of MCA, M.Phil (Computer Science), and M.Ed. Her aim was to provide ICT-enabled solutions to the people in the village so that they don’t have to travel far to the cities. She started her CSC centre in 2015 by providing Aadhaar cards only, but gradually her centre started providing all the services to the people of the villages.

“For people in rural areas, it is not easy to travel to the city and wait for long hours in the queue to get their certificates done. Now with the CSCs, they don’t have to go to the city,” adds Sonu.

In 2018, she distributed pension enrollments worth Rs 1.17 lakh through DigiPay to senior citizens, widows, and persons with disabilities.

“In 2015, when I started my CSC, I had only 3 personal computers and now I own more than 20 computers.”, says Sonu Bala. With CSC, her financial condition has improved a lot and her income has increased four-folds.

Sonu says that everyone calls her ‘Aadhaar wali Madam Ji’ and ‘Pension wali Madam Ji’ in the village. “Through CSC, I have earned huge respect and trust from the villagers and nothing matters above this, not even money. Serving the people and society gives me inner satisfaction,” she says.

According to Sonu, when she opened her CSC centre she faced a lot of problems initially and she had even given a bribe to get her electricity meter fixed and now she is in a position that she can easily help people in getting all their problems fixed. She says Dr Dinesh Tyagi, CEO of CSC SPV Pvt Ltd, is my guru and also a source of inspiration for all the VLEs. India is now a digital literate country, she says.