‘It feels amazing when your film competes with Hollywood and wins’

Katrina reveals what keeps her busy ‘all day every day’ 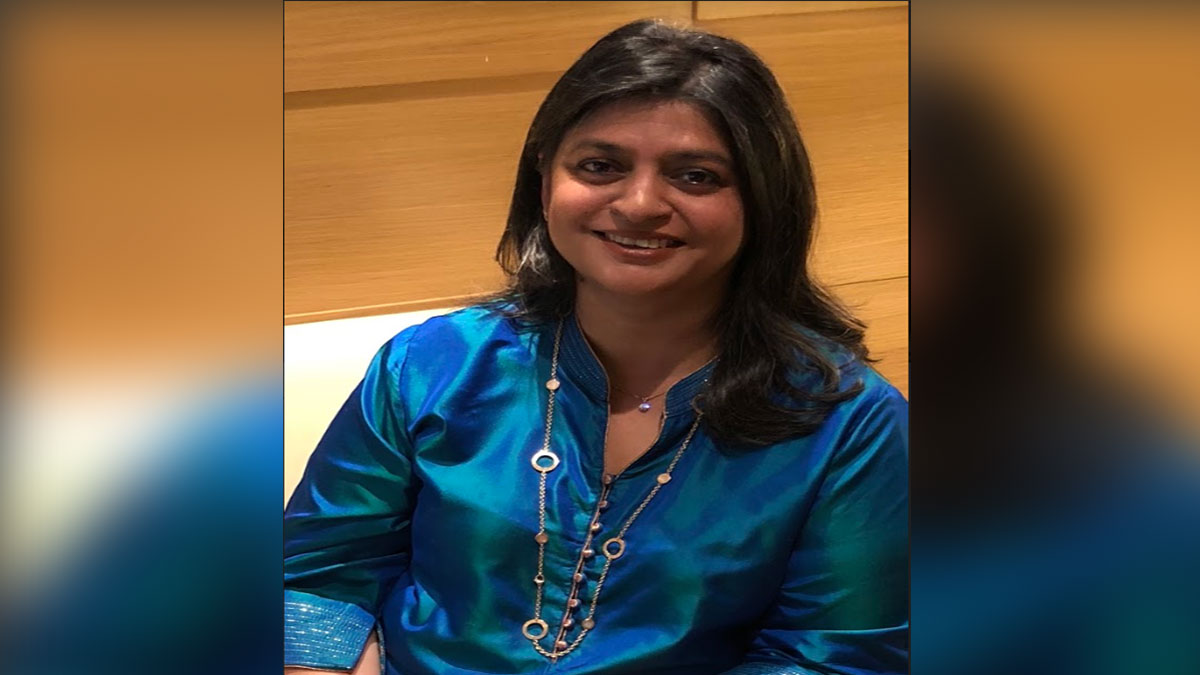 Vandana Mohan is a genius who can unequivocally be given the credit for bringing the “wedding design” industry alive in India just over a decade ago. And while the industry itself might have gone astray, turned into an assembly line, this purist has ensured that neither does she get sucked into predictability nor does she ever cease to be a romantic gypsy, flittering from one creative bastion to the other.

Spot her at one of her uber lux, VVIP wedding sets and you will possibly be beguiled by her calm demeanor, her composure, and her smile. Maybe you mistake her for the bride’s aunt as she blends into the crowd as much as the crowd blends into her design. Seamless perfection, an aura of minimal elegance and the a sense of design belonging that only emerges once everything is “in place” will tell you this is a Wedding Design Company set and she is the “maestro of this manor”!

It was in the early 1980s that she and the ‘with it’ crowd burst into the still doddering world of glamour. Sidharth Basu, Rosa (Anita Basu), Lilette Dubey, Vidyun Singh, Rohit Bal, Asha Kochher, Vandana Mohan were storming the scene with their Theatre Action Group (TAG). Ramp shows, designer boutiques, launch events, fashion shows; rock concerts were words being added to the vocabulary of design in India.

Vandana was making a mark as a model right through her years in LSR. To be discovered by Siddhartha Basu, the quizmaster then, who decided to take her on as hisco-anchor and hence she emerged on the telly each week, making her debut into the world of entertainment.

From appearing before the camera to working behind the scenes came naturally to this hard working soul who was hand-picked by DNA to handle the much publicised Michael Jackson Tour and then the Bryan Adams Tour. These two pulsating assignments gave her such an adrenaline high that she realised that this was her world.

“I launched my own company, Backstage Productions, and began working in the world of fashion which even then, as it does now, had the strongest voice.” Her foray into events coincided with the emergence of a brand savvy corporate world that was also awakening to the digital realm. Events, launches, promotions were discovered as a ‘jargon’ of brand creation and outreach. And soon Vandana was working with them all. “BMW, Mercedes Benz, Digital Talkies, Harvest Gold, all these became my clients.”

Working with brands gave her the threshold to work with luxury. LVMH, Gucci, Bvlgari, Tods all turned towards India and all wanted to work with someone who ‘understood’ their need for finesse. Vandana was the chosen one. “When you work with luxury brands they want you to imbibe their design philosophy. They want their brand ethos to reflect in their events. They want the right crowd to witness their aura. “ And hence Vandana saw herself spending time in the LVMH head offices in Paris, inviting just the ‘right’ crowd for the Dom Perignon black tie, sit down dinners, launching Gucci’s first boutique. “These events gave you an insight into how luxury works globally. The richness of restraint. The art of crafting a perfect ambience.”

It is with this eye for perfection that Mohan also approached the world of weddings. She was reluctant at first. “I wanted to do corporate events. My joke was ‘Ferns and Petals does weddings’. I am not a florist.” It was a good client Surinder Kapoor who foxed her into designing his daughter’s sangeet and Vandana realised she enjoyed it. “Abu-Sandeep (The boys) were working closely with the family and they really supported me with the process.” The boys felt so good working with Vandana that they convinced her to also handle the next wedding “It was Dimple Kapadia’s younger daughter Rinkie’s wedding and I handled it end to end.” And hence was born Wedding Design Company.

“The first thing I did was start creating a system in this anarchic industry that had no set standards. And no concept of professional fees. And no transparency too. The same set the vendors would create for someone at Rs 100, for another at Rs 200 and for a friend at Rs 50!” Vandana created the SOPs; she structured the functioning, she discovered craft masters as her vendors and then decided to treat each wedding as if it were her first project! “You have to be in love with every project you do.”

So what defines a WDC wedding? “It’s really strange how even if I have worked with a hundred themes, people will still tell me that they knew it was my show. I guess it emerges from always working the scale out, being contextual with your theme, researching and keeping it as authentic to your source of inspiration as possible.” And she smiles as she says, “One thing I ensure that nothing is out of place, no realm of design is compromised and no extra ounce is added for the sake of histrionics.” To her classicism is originality. As is remaining authentic at all times. “The one thing we added was working with all the five senses. The moment you walk into a wedding you should identify with the fragrance that fills the air. If it’s an Indian theme, then attar should titillate your senses.”

To Vandana it is like recreating the bride’s home. “A client’s house is a reflection of his taste and I try to create it as close to his world. I like to layer my design, give it many levels, create a central piece that catches your eye with its sheer drama.” Add to that the penchant for new and original linen. “I design fresh linen for every wedding. I even travel up to Banaras to get the right zari silk for my cushions. If you have paid for luxury you should be able to bask in it.”

Flowers too are approached with a child-like freshness. “They are never anything more than props and I don’t try and fill every space with a zillion flowers. It is how you treat them that matters, the vase that goes with it, the settings.” And hence Vandana will never bring in flowers for the heck of it. “My backdrops needn’t be only floral. If I am creating a club theme I will not insist on adding flowers.” If given a chance Vandana will always go for Indian flowers: “The rajnigandhas, desi gulabs, the mogras… all used for stringing which we have mastered the design of by creating our own set of beaten brass urns, candelabras, diyas and thaalis to fill them in.”

The woman behind many a destination weddings including the nuptial of all the Jindal scions, the Bharti Mittal wedding, the DeepikaRanbir wedding, Vandana has become synonymous with weddings in the exotic locales of Monaco, Florence, France, etc. “I fell in love with Florence when I visited it with the family. I mentioned in a magazine interview that I would love to design a wedding there. A client read it and there I was: In Florence, designing a wedding!” And thence there was no looking back.

How to read signs that a loved one is depressed