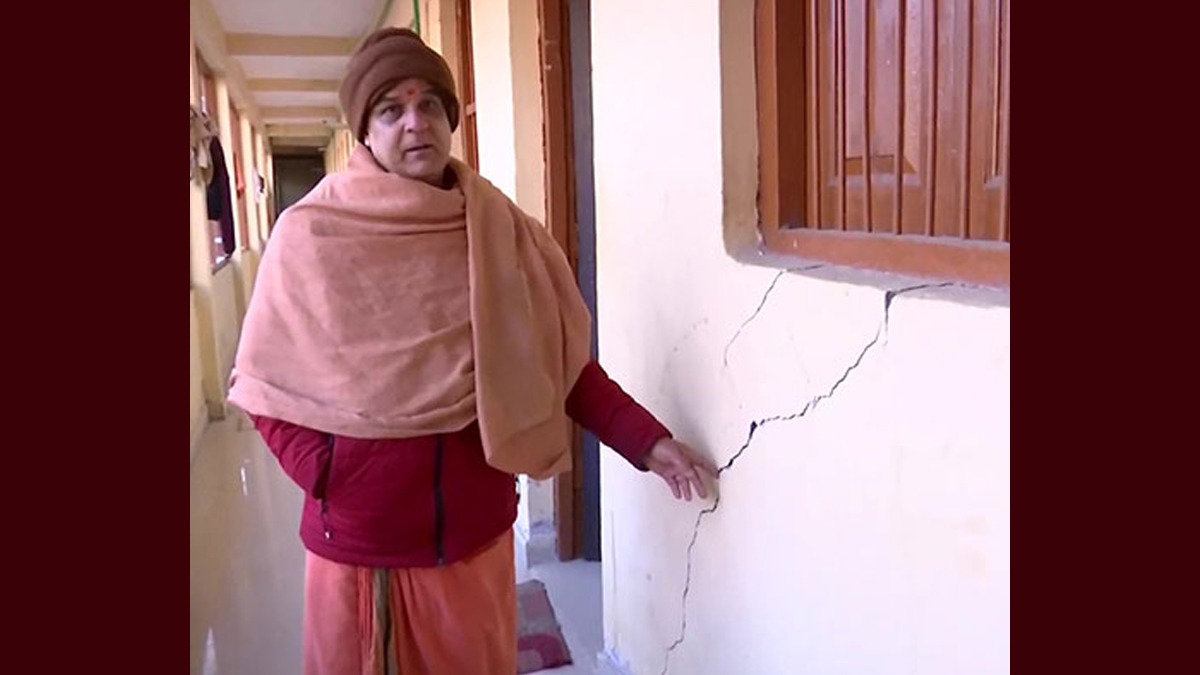 The Shankaracharya Matth in Jyothirmath are, has also developed cracks in many places over the past 15 days, triggering a scare in the religious institute. According to the Jyothirmath Administration, these cracks have increased in the last 15 days. Swami Vishwapriyananda, the chief of Matth has cited the ‘development; as the cause of calamity.

Following the appearance of cracks in the houses, a total of 66 families are reported to have migrated from Joshimath as of now. “The district administration is made arrangements for the families affected by the natural calamity to stay in safe relief camps”, said the administration on Sunday.

According to the District Disaster Management Department, cracks have reportedly developed in as many as 561 houses in Joshimath as a result of continued land subsidence in the town. The star government has dispatched a team of experts to the area to assess the situation.