US must not tolerate hate, says Biden after Colorado nightclub mass shooting deaths 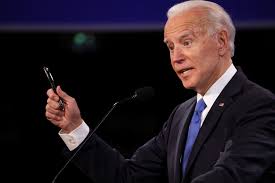 US President Joe Biden on Sunday (local time) said that the US “cannot and must not tolerate hate,” hours after at least five people were killed and 18 injured in a mass shooting at an LGBTQ nightclub in Colorado.
“We must drive out the inequities that contribute to violence against LGBTQI+ people,” Biden said in a statement. “We cannot and must not tolerate hate.” He was speaking after a gunman opened fire inside an LGBTQ nightclub in Colorado Springs.
In a statement on Twitter Biden said: “We must address the public health epidemic of gun violence in all forms. I signed the most significant gun safety law in nearly three decades, but we must do more.”
“Places that are supposed to be safe spaces of acceptance and celebration should never be turned into places of terror and violence. Yet it happens far too often. We must drive out the inequities that contribute to violence against LGBTQI+ people,” he said in a statement from the White House.
“Jill and I are praying for the families of the five people killed in Colorado Springs, and for those injured in this senseless attack. While no motive in this attack is yet clear, we know that gun violence has a particular impact on LGBTQI+ communities across our nation,” tweeted Biden.
The police said “heroic” clubgoers fought and stopped a gunman shortly after he opened fire.
At least two people inside the club confronted and fought the gunman and prevented further violence, said Colorado Springs Police Chief Adrian Vasquez. “We owe them a great debt of thanks,” he said.
Police identified the suspect as Anderson Lee Aldrich, a 22-year-old man, who shot at patrons with a long rifle, a powerful weapon that can inflict devastating wounds.
He was taken into police custody shortly after the shooting began and was being treated for injuries, according to officials.
The violence lasted just minutes.
Police received numerous 911 calls starting at 11:56 pm, officers were dispatched at 11:57 pm, an officer arrived at midnight and the suspect was detained at 12:02 am, police said.
A total of 39 patrol officers responded, police said, and Fire Department Captain Mike Smaldino said 11 ambulances went to the scene, reported CNN.
Colorado Governor Jared Polis, who in 2018 became the first openly gay man in the country to be elected as a governor, commended the “brave individuals who blocked the gunman” in a statement released on Twitter in which he called the shooting “horrific, sickening, and devastating.”