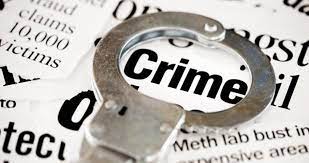 The Cyber Cell in Mainpuri, Uttar Pradesh, busted an interstate group that was tricking people who went to withdraw money from ATMs. Up to six members have been detained, and their belongings, including a number of SIM cards, ATM cards, cash, and more, have all been seized.

Sumit Kumar, Gajendra Singh, Anup, Mohd. Mantu, and the other two gang members have all been taken into custody by the Cyber Cell Police. Another suspect who may have been engaged in the crime is being sought by the police.
Two Gopal Nagar residents had recently fallen prey to this group.
When discussing the event, SP Kamlesh Dixit said that they had previously applied adhesive to the ATM in order to cause the ATM card to become stuck within the device. Then, after obtaining the victim’s personal information and banking information, the other party would dial the fictitious helpline and use it to withdraw funds from the victim’s account.
“They have committed this fraud in many states. Rs 75,000 in cash, 48 ATM cards, 65 SIM cards, two illegal pistols, six mobile phones, and a car have been recovered from them”, he added.
The SP also mentioned that there had been some reports about money being taken from a person’s account after their card became stuck in an ATM.

Cyber cell in charge Rajesh Kumar and his team’s experts were appointed to solve the case.

It’s important to note that these individuals used to carry out the occurrence in a highly professional manner while keeping an eye on innocent people.

When a card would get stuck in the slot, someone would apply Fevi-Quick to the slot. After that, a bystander who was standing close by the victim would suggest that the user call the helpline number posted outside the ATM. The information on the customers was obtained via a fictitious number.

One of the gang members would seek sensitive card information whenever the customer called the specified number.

The consumers, on the other hand, were frequently asked to leave and wait for a call from a bank executive once they had been duped.
With the use of a medical blade, they used to remove the card and go to other ATMs to withdraw cash.