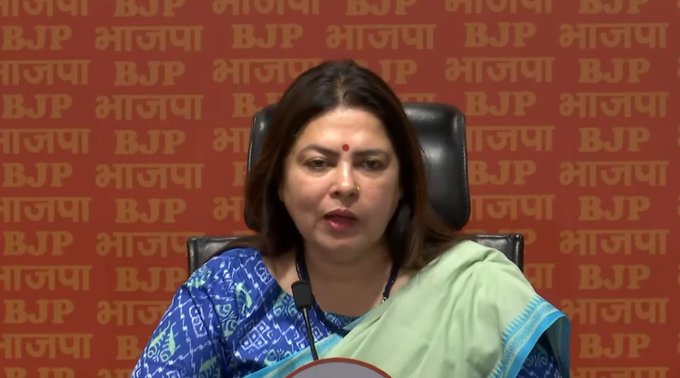 Addressing a press conference BJP leader said, “I want to remind the people that those who used the slogan ‘Maa, Maati, Manush’ in Bengal, today they only care about ‘Maya Maaya, Maya’ that us ‘money, money, money. See the documents of Partha Chatterjee or statements of Arpita Mukherjee, a close aide of the former West Bengal Minister, everything is becoming clear from this side. See the countless assets of Arpita, see the documents, about 50 crores cash have been found, besides that 9 kg of gold. Apart from this, their minister’s truth is coming to the fore.”

Meanwhile, on Thursday, Bengal Chief Minister Mamata Banerjee removed Partha Chatterjee from the Bengal ministry. Partha was removed from the positions of Commerce and Industry, Parliamentary Affairs, Information Technology and Electronics, and Public Enterprises and Industrial Reconstruction in the state Cabinet.

“The name of Monalisa Das, another acquaintance of Partha Chatterjee, is coming to the fore. She was admitted to a university in 2014 and is today a professor there and the head of the department of Bengali. She has 10 flats in her name. One of them is a super luxury flat where Partha Chatterjee only keeps his pet dogs. Mamata Banerjee, who is the Chief Minister of the state is silent over the scam,” Lekhi added.

However, during the raid on Wednesday, the investigating agency (ED) recovered another Rs 28.90 crore in cash, 5 kg of gold, and several documents from the second apartment and earlier the agency found Rs 21.90 crore in cash, Rs 56 lakh in foreign currency and gold worth Rs 76 lakh from Arpita’s house.