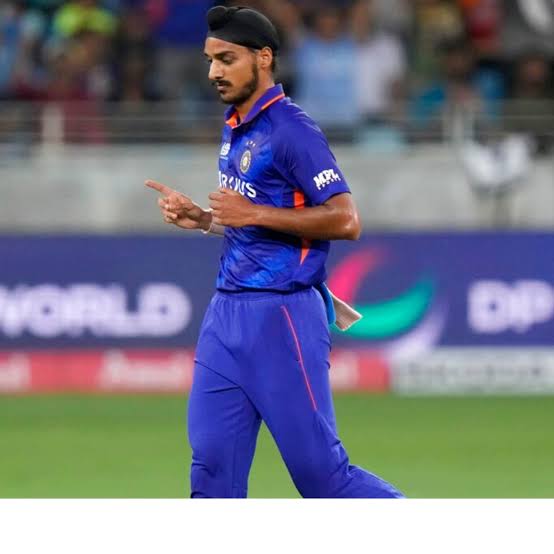 India’s young pace sensation Arshdeep Singh said that his bowling partner Umran Malik makes things easy for him and added that they enjoy each other’s company on and off the field.
Shikhar Dhawan and Co. are ready to take on New Zealand in the third and final match of the three-game ODI series in Christchurch. India is down 1-0 and will aim to save the series on Wednesday in the final ODI. The second ODI of the three-match series between India and New Zealand was called off due to rain. The match was called off with the Men in Blue scoring 89/1 in 12.5 overs when rain intervened for the final time and put any possibility of further action to rest.
Umran breathed fire in the middle overs against New Zealand in the second ODI. The right-arm pacer hit 150 km/h four times and bagged the wickets of Devon Conway and Daryl Mitchell. Arshdeep and Umran made their ODI debuts in the first ODI against New Zealand at Auckland.
“It’s an edge for me to play with Umran. He bowls at 155 KMPH and makes things easy for me. We are loving our partnership on the field and off the field as well. I hope it will last a long time. I don’t think my journey is easy or challenging. We as players focus on playing, enjoying the process, without thinking much about whether it is easy or challenging. When we perform our best, it feels good. We take the game match by match and don’t really think too much that I want myself here in the next year or so,” Arshdeep said in a pre-match conference.
The 23-year-old Indian pacer dropped an important catch in the 18th over of Pakistan’s innings against India in the Super Four phase clash of the Asia Cup. He dropped Asif Ali, who took full advantage of the life given to him.
“People love us and our game a lot. So when we perform our best, people love us, and when we don’t perform, people show their disappointment. So there is nothing like dealing with this. They express their emotions because we play for India, and it’s the fans’ right to express their love or anger. We should accept both,” said the pacer.
In the first match, the hosts beat India by seven wickets. New Zealand chased down the target of 306 set by India with 2.5 overs to spare in the first ODI of three-match series here at Eden Park in Auckland on Friday. The marathon chase was propelled by Tom Latham’s stunning century and skipper Kane Williamson’s unbeaten 94. The duo chased the target with an unbeaten 221-run stand.