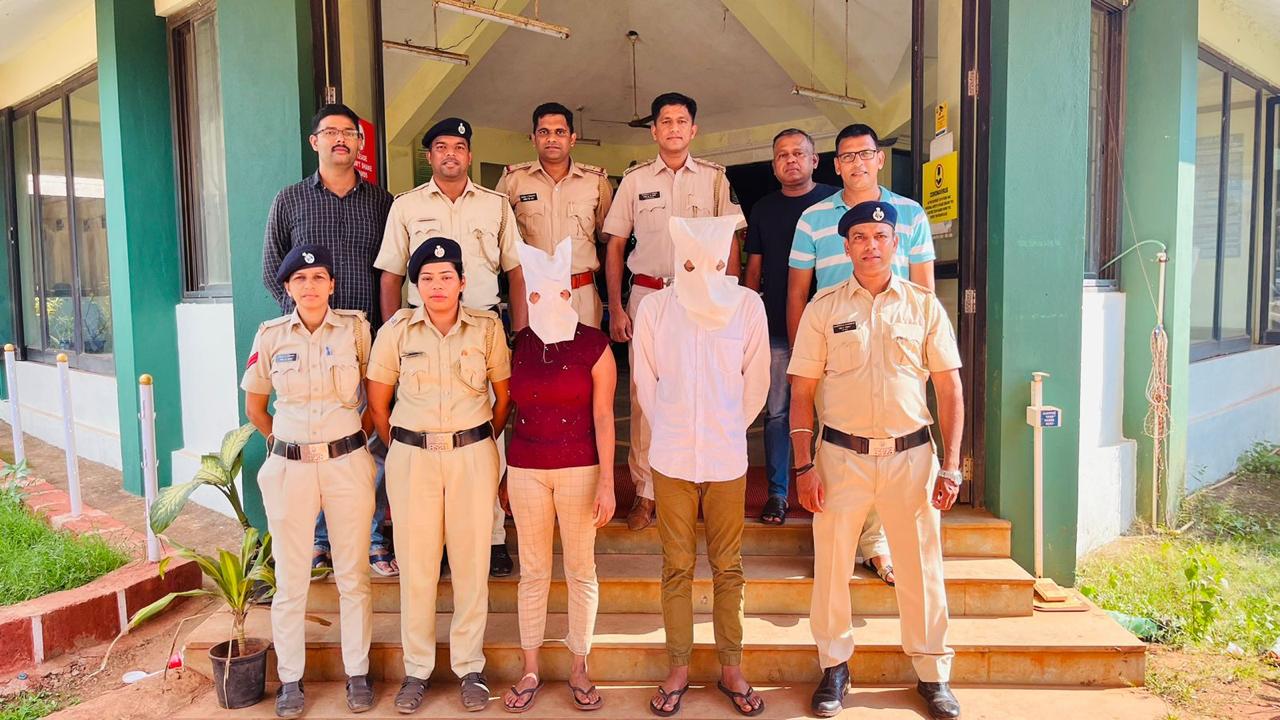 Three girls have been rescued by the Anjuna Police who were pushed into the sex trade. On Wednesday,the police arrested two persons, including one woman. Mohsin Shaikh, who is the accused is a Gujarat resident and Shilipi Mishra from Mumbai, according to the police. According to the official, the raid was carried out at Mainath Bhati, Arpora, as a result of intelligence from SDPO Mapusa Jivba Dalvi regarding prostitution operations in Anjuna.

The victim was rescued and sent to the state protective home at Merces. An offence under sections 370, 370(3) R/w 34 Indian Penal Code and sections 4 and 5 of the Immoral Trafficking Act has been registered.
“Further investigation is in progress with PI Prashal Dessai under the supervision of SP north Shobit Saxena, IPS, and SDPO Mapuca Jivba Dalvi,” the police statement read.