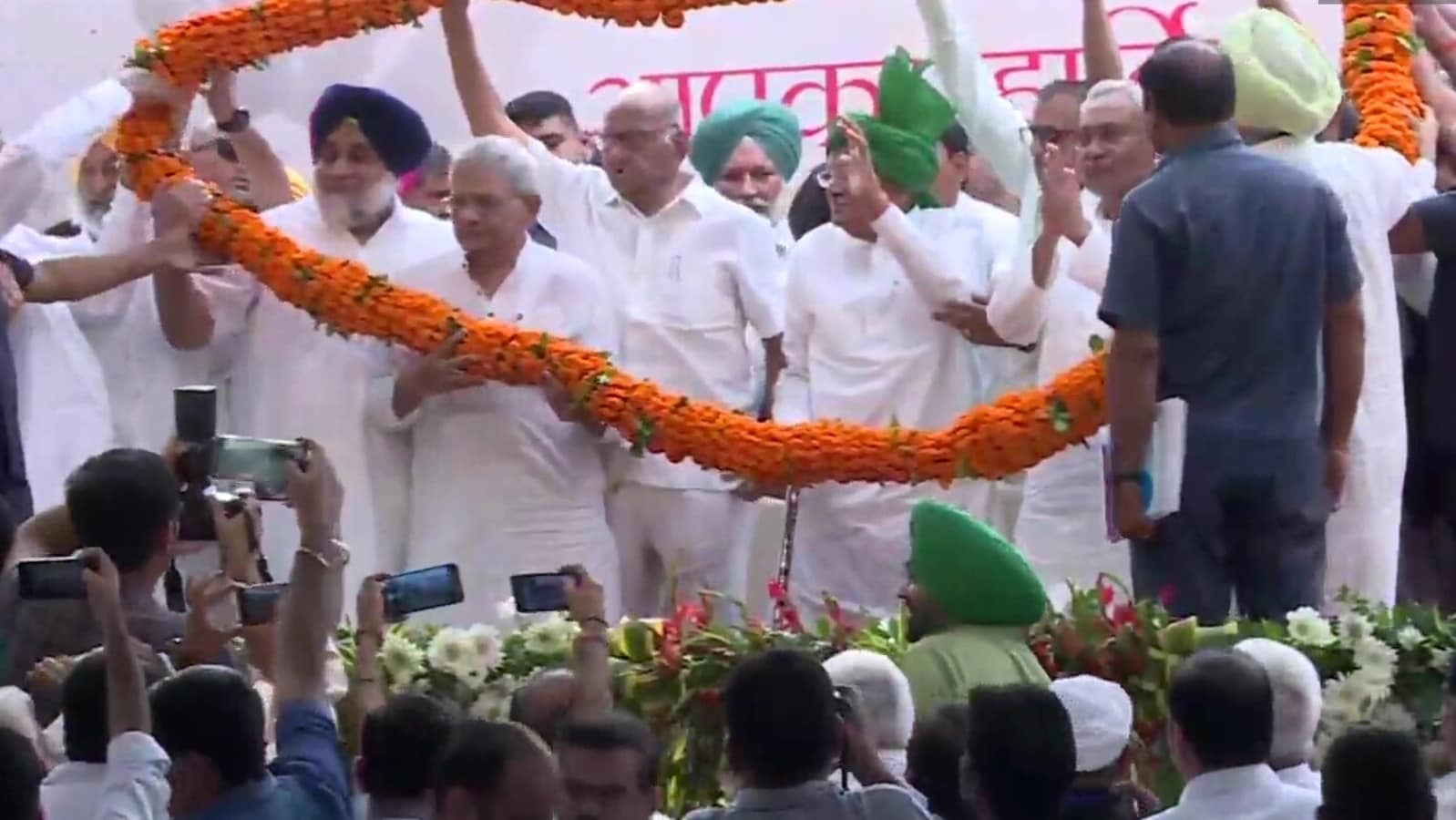 Sharad Pawar, the head of the NCP, Nitish Kumar, the chief minister of Bihar, Sitaram Yechury, and Sukhbir Singh Badal, the leader of the Shiromani Akali Dal, were among the prominent opposition figures that attended the INLD’s large gathering on Sunday in Fatehabad, Haryana.

JDU leader KC Tyagi addressed the crowd and claimed that the Bihar CM has come from Patna to challenge the Delhi Sultanate at a time when eight former Congress CMs had switched to the BJP. He claimed that Kumar has no fear of the ED, the income tax, or any other organisations.

To commemorate the birth anniversary of Devi Lal, the founder of the INLD and a former deputy prime minister, a rally is being conducted.

Tejashwi Yadav, the deputy chief minister of Bihar and the head of the RJD, as well as Arvind Sawant of the Shiv Sena, also showed up at the gathering to demonstrate the unity of the opposition.

The coming together of so many regional satraps is seen as part of efforts to forge opposition unity. Kumar and RJD president Lalu Prasad are likely to meet Congress president Sonia Gandhi after the rally to take the process forward.

Veteran socialist leader Tyagi had already declared that the gathering would be historic because it would unite like-minded forces against the BJP in the run-up to the 2024 Lok Sabha elections.