TN CM PICK TO BE ANNOUNCED ONCE NDA COMES TO POWER: BJP - The Daily Guardian

C.T. Ravi also added that the NDA co-ordination committee will announce the CM candidate after the elections and this comes in complete contraction to the tradition of Tamil Nadu politics.

O. Panneerselvam, who answered question on the remarks made by the BJP leaders, said: “We have already made clear about our Chief Minister candidate.”

Political observers say that this strategy of not associating with AIADMK will not help BJP in vote conservation during the polls and will create confusion in the ranks of the AIADMK cadres.

‘How long will rebel MLAs hide in Guwahati, have to return to Chowpatty?’ 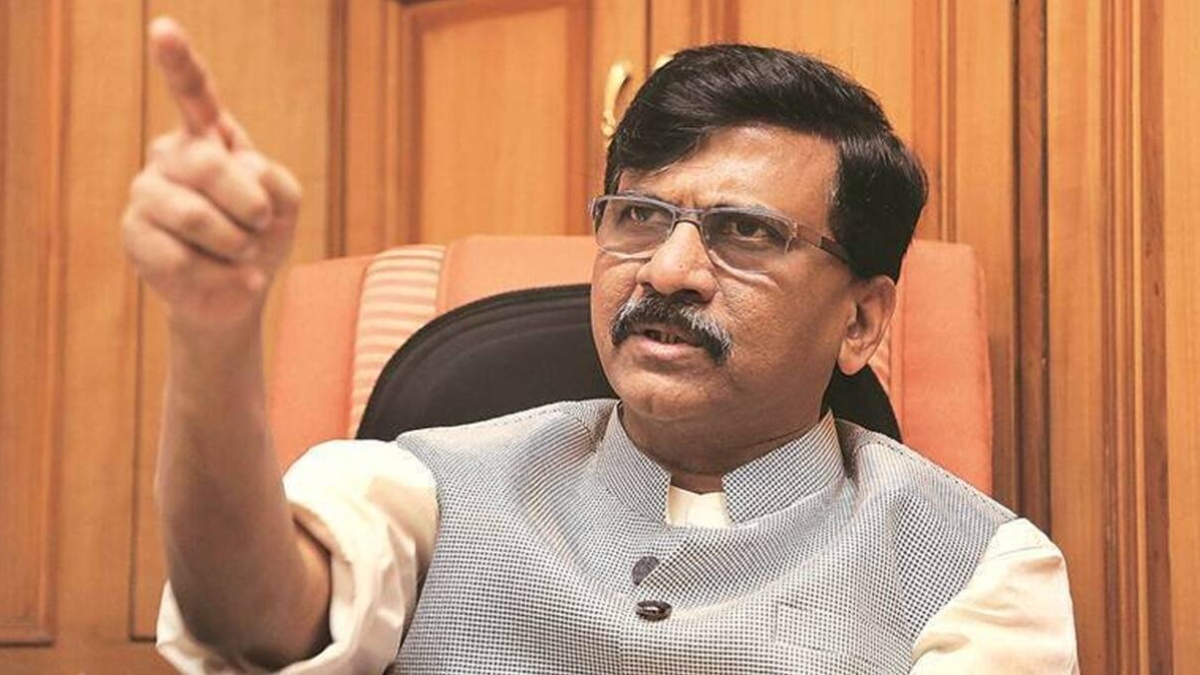 Amid twists and turns in the political drama of Maharashtra, Shiv Sena leader Sanjay Raut took a potshot on the Eknath Shinde-led faction of rebel MLAs on Sunday. Raut asked how long they will hide in Guwahati in Bharatiya Janata Party-ruled Assam as they will have to return to Mumbai finally.

The political turbulence in Maharashtra was triggered by the faction war in Shiv Sena after Minister Eknath Shinde flew to Surat with some MLAs and then to Guwahati where he claims of having the support of 38 MLAs of the party, thus achieving the two-thirds majority in the Shiv Sena.

Taking to Twitter, Raut said, “Kab tak chhipoge Gauhati mein…Aana hi padega Chowpatty mein (How long will you hide in Guwahati, you have to come back to Chowpatty).”

The MLAs have to be present in Mumbai on Monday for the hearing of disqualification.

UDDHAV OFFERED CM POST TO SHINDE ON 20 MAY: ADITYA 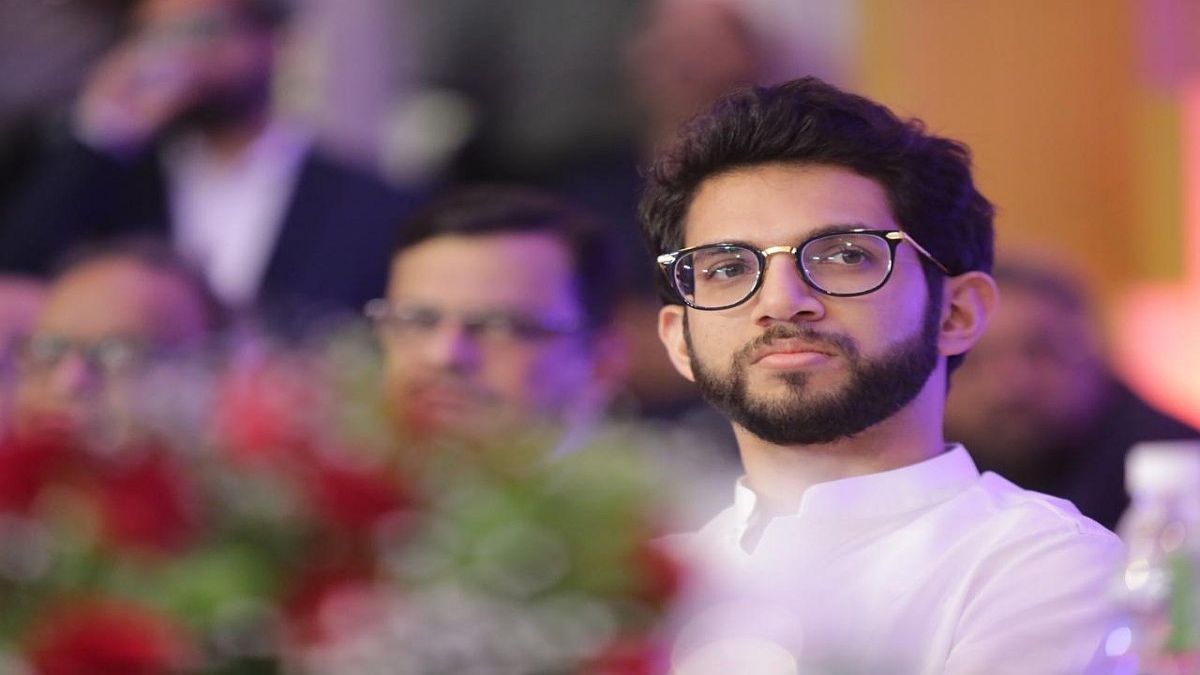 Shiv Sena leader Aaditya Thackeray claimed that on 20 May, CM Uddhav Thackeray had asked Eknath Shinde to become CM if he wanted to, but at that time he did drama and now just a month later, he rebelled.

Aditya said this at the Yuva Sena national executive meeting. “But they (Shinde faction) aren’t capable of doing so, this isn’t rebellion, this is separatism. They took undue advantage of CM’s ill-health to do all this,” he said.

Attacking the group of MLAs who are currently in Guwahati hotel, Aaditya said it is good that some dirt has gone away from the party.

He challenged rebel MLAs and asked them to resign and fight the election. “This is happening for the first time in the state that the ruling party MLAs left the party to sit in the opposition. People are telling their numbers but I want to say that we have the figures. I challenge them to resign and contest the elections. The truth will come out,” Shiv Sena’s leader said.

Aditya alleged that Rs 9 lakh a day is being spent on rebel MLA Eknath Shinde-led faction while flood-affected people in Assam are left to fend for themselves. He also alleged some MLAs had been taken to Guwahati “forcibly”. Aditya said, “Lakhs of rupees being spent on our MLAs who were forcibly taken there; Rs 9 lakhs a day. Lakhs of flood-affected people are there in the very same Assam, they are left on their own. For the first time, the Opposition is supporting a faction leaving the ruling party.”

While addressing the Shiv Sena workers in Mumbai on Sunday, he said, “Looking at the last two to four days in #Maharshtra, it feels that those who left, left for good… the entire country saw that the person who did the most powerful work during #Covid-19 had to leave his official residence.”

Aditya questioned rebel MLAs who went to Surat, then Guwahati, to break the party, “Many people told me that many leaders will come but no one will be like this CM …

Why did rebel MLAs go to Surat, then Guwahati, to break the party? Many MLAs there look like they were forced to be there. 10-15 MLAs are in touch with us and they can vouch for this.” 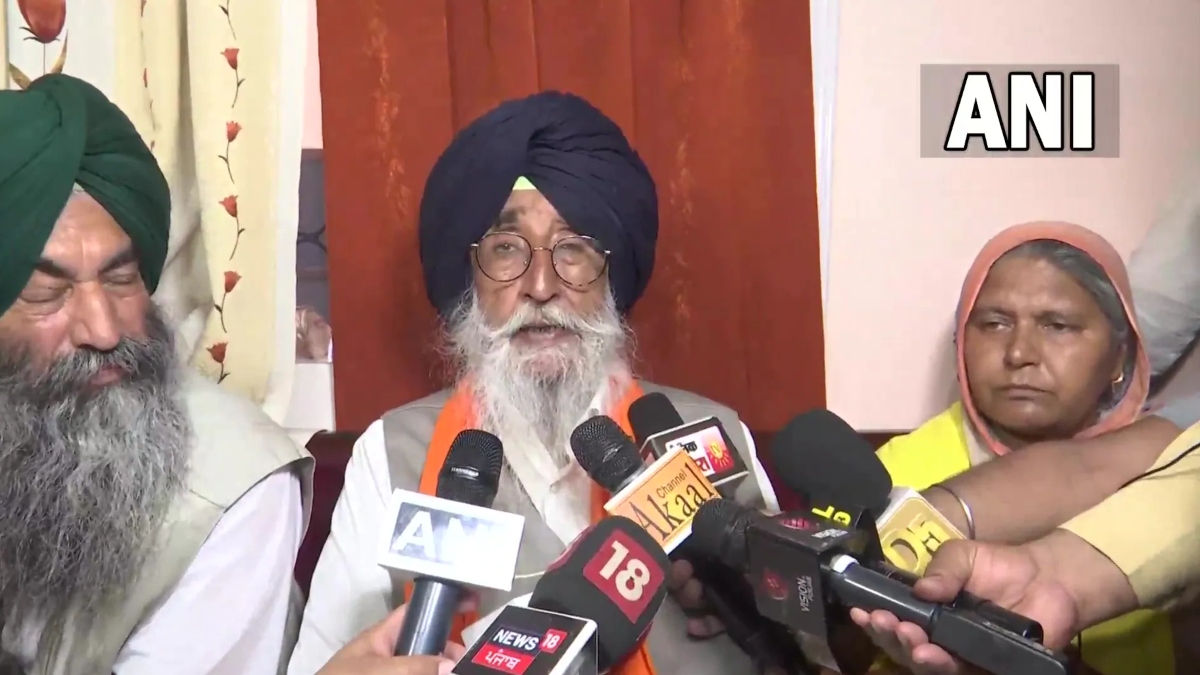 SANGRUR: It is a victory of party workers and the teachings of Jarnail Singh Bhindranwale, said Simranjit Singh Mann after winning Sangrur Lok Sabha by-poll on Sunday.He also said that he will raise the issues of “Indian Army committing atrocities in Kashmir,” “killing of tribal people in Bihar and Chhattisgarh calling them Naxalites.” Mann was a candidate from Shiromani Akali Dal (Amritsar) and won the by-poll defeating Aam Aadmi Party’s candidate in Sangrur, the home turf of Chief Minister Bhagwant Singh Mann.Speaking to the media after his victory, he said, “It is a historic victory with which all the parties including BJP, Akali Dal, Congress, AAP will be perplexed because we have won after a long time. We will oppose the political parties in Parliament. Now there will be protests against us because we were mocked that we will not be able to win.”“It’s a win of our party workers and of the teachings that Sant Jarnail Singh Bhindranwale has given. The Sikh community is very upset with the death of Deep Singh Sidhu and Sidhu Moose Wala and now the Indian government will not behave in the same way that it is behaving with the Muslims, like their localities are being questioned, like the Indian Army is committing atrocities in Kashmir and killing Muslims on a daily basis. The tribal people in Bihar and Chhattisgarh are being shot dead calling them Naxalites.

Bharatiya Janata Party (BJP) leader Sambit Patra said that Teesta Setalvad along with Sonia Gandhi and Congress party were the driving force behind defaming Prime Minister Narendra Modi in the Gujarat riots. “You all saw how the Prime Minister Narendra Modi swallowed poison for 20 years. Saw how false allegation was levelled against him on 2002 Gujarat riots?” Patra said while addressing the media.“You will be surprised to know that Teesta Setalvad was not alone. These people have cheated the judicial system of India. The Supreme Court has strongly criticised them. The driving force behind this was Sonia Gandhi and the Congress party,” he added.“Supreme Court has said very clearly that those people, who conspired and played with the law also will have to come before the court and face the law,” he added.“Some people like Teesta Setalvad who have been detained today, have deliberately created a false story. The Supreme Court has made a strong stand. It has named Teesta Setalvad in its judgment,” he added.The action came after Union Minister Amit Shah in an interview with ANI said that Teesta Setalvad-run NGO gave baseless information about the 2002 Gujarat riots to the police.“I will give a few examples of how Teesta Setalvad and Company worked to mislead the country regarding the Gujarat riots– Teesta Setalvad’s NGO was giving instructions to Zakia Jafri and many witnesses along with her,” he said.Union Home Minister Amit Shah said that the troika of BJP’s political rivals, politically motivated journalists and NGOs, together made false allegations against the BJP and its leaders. 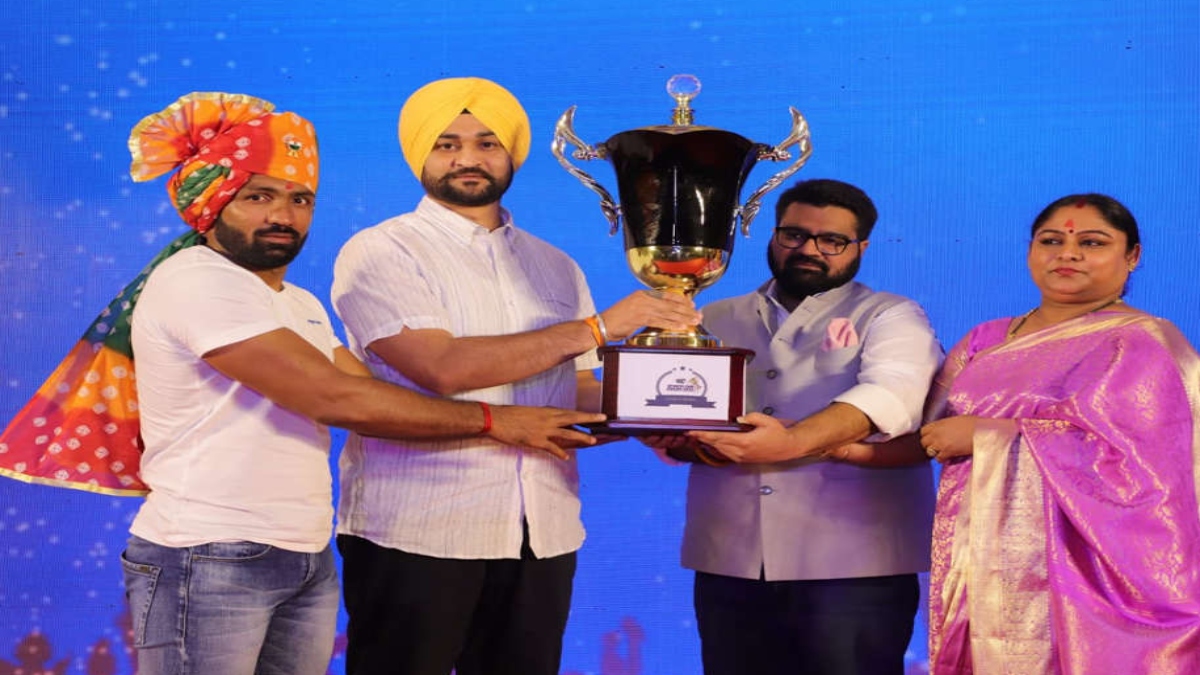 Kartikeya Sharma, founder of Pro Sportify and Member of Parliament-elect (Rajya Sabha) from Haryana was on Sunday conferred with “Indian Sports Fan Award 2022” for his unmatched contribution to Indian Sports in a glittering ceremony here on Sunday evening.

Kartikeya Sharma was bestowed with the award in recognition of his immense contribution to sports and for exemplary devotion in promoting Olympic sports through the medium of leagues.

Christened as “Mahara Chorra”, he has been supporting Indian sports and is the brain behind the Pro Wrestling League, Big Bout Indian Boxing League, The Indian Arena Polo League and two other upcoming leagues.

largest sports fan community and a non-commercial venture which is the oldest and largest fans community on the social media platform. It has over 1 million fans and followers throughout the globe including 21 countries.

“It is a truly unique concept for nominating Kartikeya Sharma who brought smiles and gave joy to sporting fans. This will set a new precedent for sports in India and I wish them all the best for their future endeavours,” said Sandeep Singh, former Indian Hockey captain and Minister of Sports, Haryana.

Sandeep Singh who is fondly known as ‘Flicker Singh’ by his fans globally, captained India for many years including 2012 London Olympics. Sandeep Singh was renowned for his fast and guile drag flicks and scored 110 goals in 147 international matches.

“Kartikeya Ji, the founder & promoter of Pro Wrestling & Big Bout Indian Boxing League has enabled us to create world beaters and this award in an apt recognition to the sport visionary and promoter in the country. The experience of playing in the Pro Wrestling League has been etched in my memory and I thank him for creating the biggest wrestling spectacle in the world which has allowed the country to witness the biggest stars from wrestling” Babita Phogat, CWG Gold Medalist said.

Famous Indian superfans Sugumar and Sudhir were the first recipients of Indian Sports Awards which was conceptualised in 2019 as Global Sports Fan Awards in Manchester. 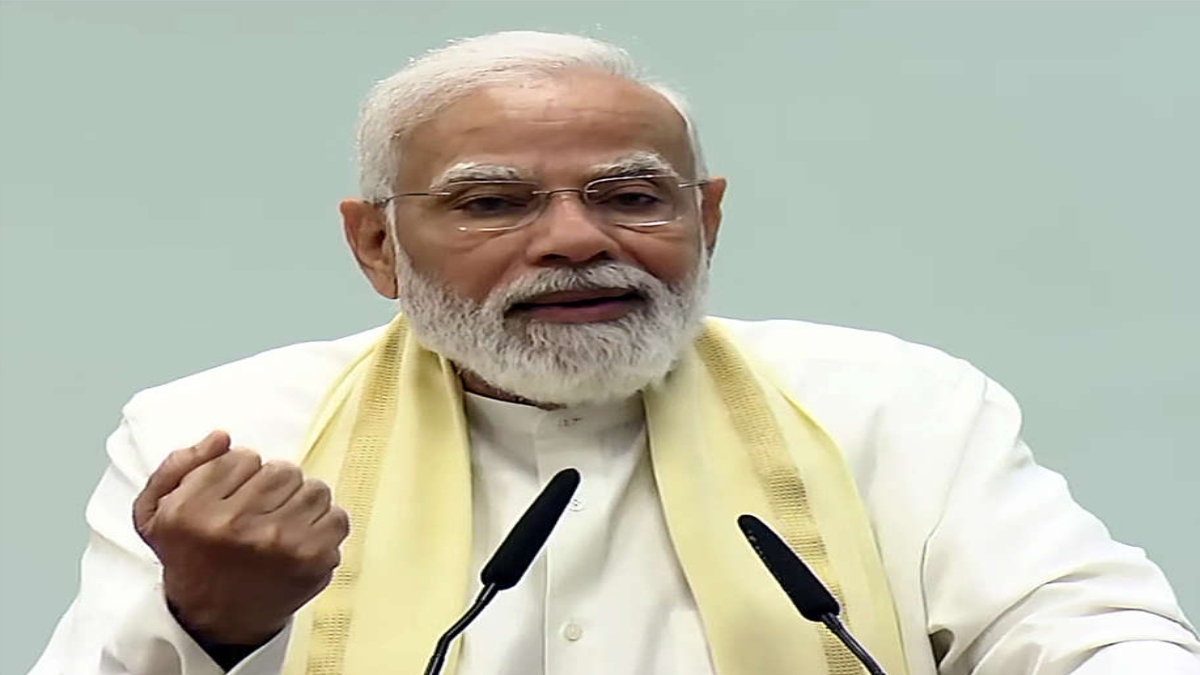 Prime Minister Narendra Modi on Sunday said he was looking forward to “fruitful discussions” with world leaders on topical issues like climate, energy, food security, counter-terrorism, environment, gender equality and democracy as he arrived here to attend the G7 Summit.

“Landed in Munich to participate in the G-7 Summit. I look forward to fruitful discussions with world leaders during the Summit,” Modi tweeted. He was welcomed by a Bavarian band on his arrival in Munich.

Earlier, in a statement Modi said, “During the sessions of the Summit, I will be exchanging views with the G7 counties, G7 partner countries and guest International Organisations on topical issues such as environment, energy, climate, food security, health, counter-terrorism, gender equality and democracy,”.

Later, while addressing Indian community, Modi said that 21st century India is at the forefront of Industry 4.0 and asserted that the country is shining at every front whether it is in the field of information technology or digital technology.PM Modi, who arrived in Germany for a three-day visit, said India has the third-largest startup ecosystem and it is the second-largest mobile phone manufacturer in the world. “Today, the New India is at the forefront of Industry 4.0. Be it IT or digital technology, India is shining at every front,” the Prime Minister said while addressing the Indian community here.

Elaborating on the country’s development in various front before the Indian diaspora, “There was a time when India was nowhere in the race of startups. Today, we are the third-largest startup ecosystem. Similarly, we used to import even the simplest phones, today, we are the second-largest mobile

phone manufacturer in the world,” he said.

“In the last century, Germany and other countries took benefit from the industrial revolution. India was a slave back then that’s why it couldn’t leverage benefits. But now India will not be left behind in the 4th industrial revolution, it’s now leading the world,” he said.“Today, India is working on building a new legacy and this is being led by the youth of the country. We have brought 21st-century policies to the youth of New India. Today, our youth will be able to complete their education in their own mother tongues,” he said.

The Prime Minister also said that India has a unicorn every 10 days, 5000 patents are being filed every month. “We are progressing and we are growing,” he said.Speaking about the Covid-19, PM Modi said that there was a time when people used to say that India will take 10-15 years to vaccinate its population against the coronavirus, but at present most of the population in the country has been vaccinated.“Today, 90 per cent of adults have taken both doses and 95 per cent of adults have taken at least one dose,” he noted.