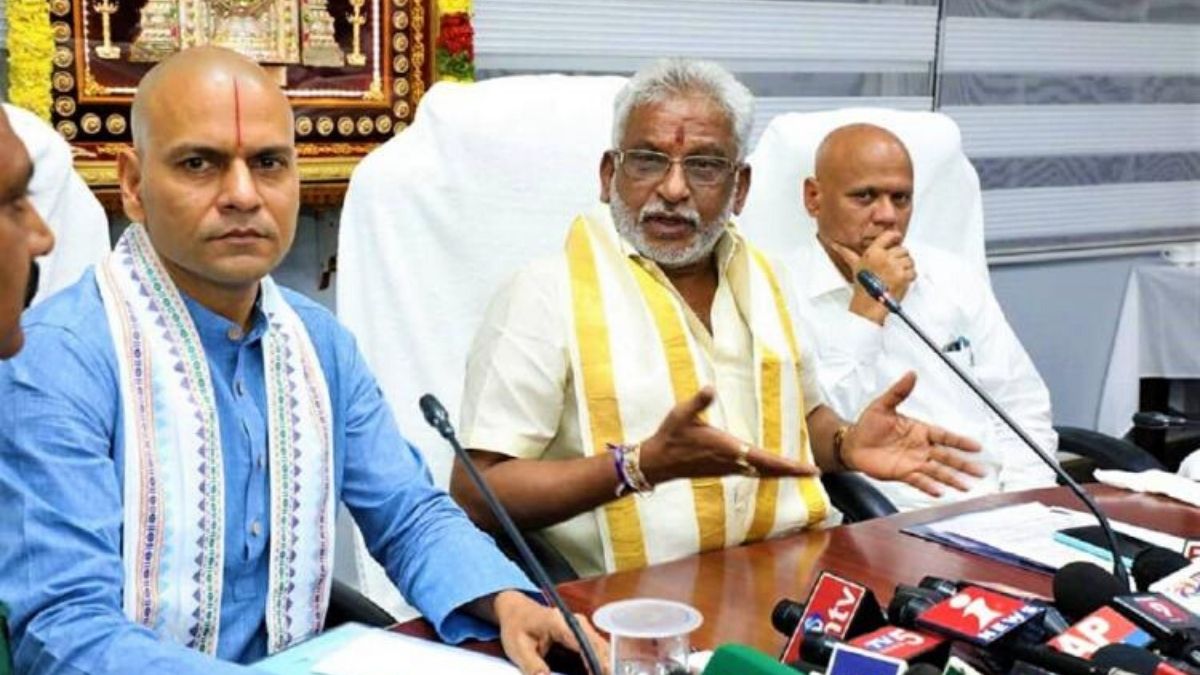 The Tirumala Tirupati Devasthanam (TTD) Board, which manages one of the world’s richest Hindu temples — Tirumala Balaji Temple — has decided to auction 50 of its immovable properties in Tamil Nadu and Andhra Pradesh, including house sites and agricultural lands. Sources say the shrine, which is closed for over two months due to the nationwide lockdown, is reeling under acute money shortage and is unable to pay its employees properly.

Defending the decision, TTD chairman Subba Reddy said, “It is not a new decision. It was taken by the previous Board of Trustees and we only reiterated it. Small-land holdings or house sites of 50 cents to 1 acre, donated to the temple, mostly in Tamil Nadu and a few places in Rishikesh are being encroached upon. Hence, the TTD Board decided to liquidate them through auction. It is not a new thing; it has been happening since 1974.”

While Andhra Pradesh and Tamil Nadu have 26 and 23 such properties respectively, one land is in Rishikesh. A total income of about Rs 24 crore is expected to earned from the auctions, Reddy said. Meanwhile, the decision has caused a huge uproar in the Hindu community and many Opposition parties in Andhra Pradesh have objected to it, saying the decision hurts the sentiments of devotees.

The state unit of the BJP has also started a campaign against the decision and alleged that the political appointees in the board are dancing to the tunes of the Andhra Pradesh government. BJP leader Dinakar Lanka said, “Political intervention in the TTD is spoiling the holiness and spirituality in the decisions of the board. It had made its mind to auction the valuable lands across Tamil Nadu in the name of maintenance problems.

My question is why the TTD Board and political appointees are required if they are incapable of maintaining properties of Lord Venkateswara? We are strongly condemning the decisions of the TTD Board with the influence of political interventions.” He also added that a series of incidents such as allowing new churches across the Seven Hills of Tirumala and decision to supply “Swamivaari Prasaadam”, a famous laddu (sweet), in the markets also hurt the sentiments of Hindus.

Lanka termed these decisions “a conspiracy to suppress” Hindus. Many devotees are now getting ready to approach the High Court to stop the auction of the temple lands. A former TTD Board member of who belongs to the BJP told The Daily Guardian that they are ready to approach the court to stop implementation of this decision. Meanwhile, the Telugu Desam Party (TDP) too has taken a strong stand against the move. Its national spokesperson K. Pattabhi accused that not TTD but the government itself is selling the lands.