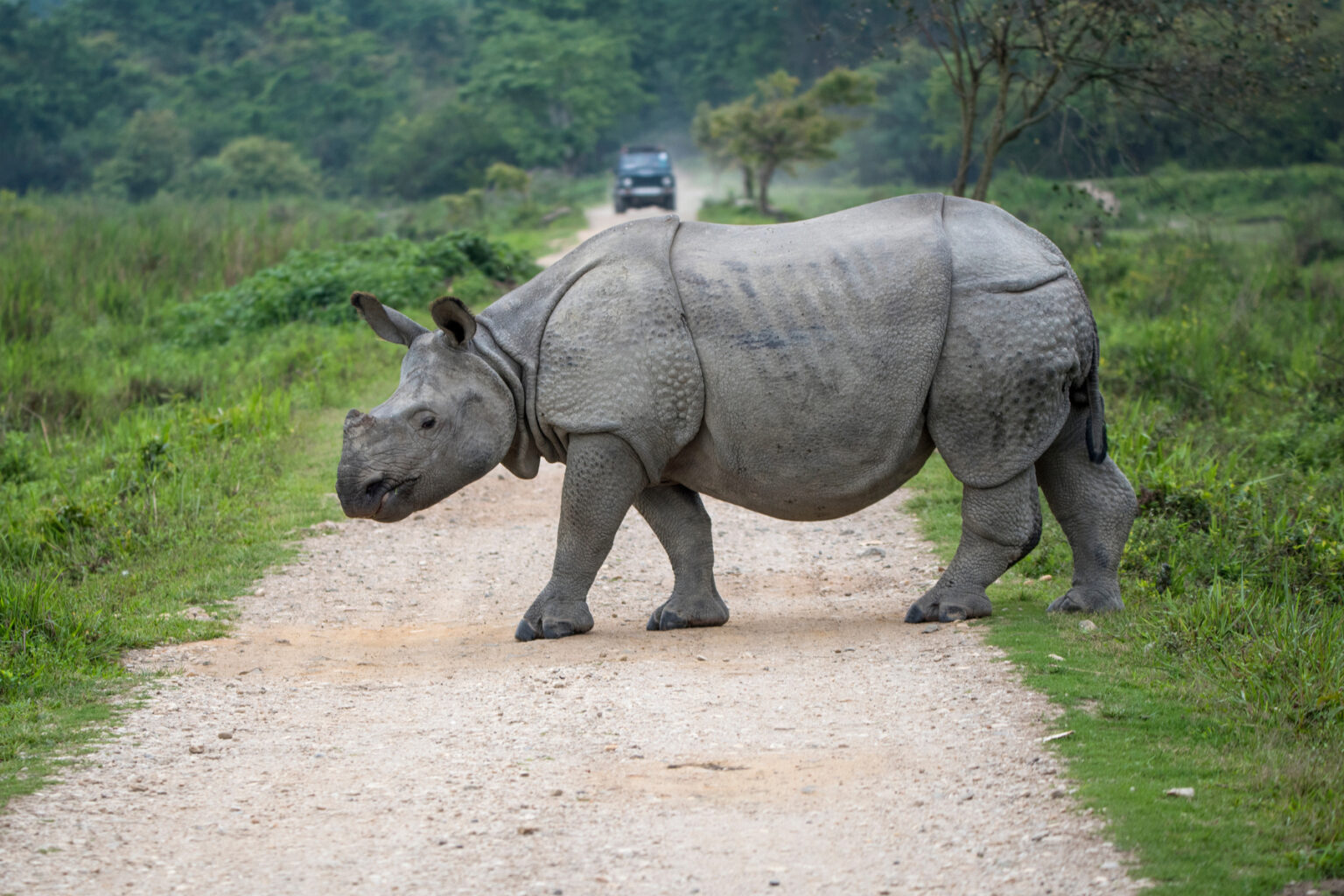 In a one-of-its-kind move, three rhino statues at the Kaziranga National Park have been created using the ashes collected from burning rhino horns. These statues were unveiled by Assam Chief Minister Himanta Biswa Sarma along with spiritual leader Sadhguru Jaggi Vasudev on Saturday during the inauguration of a three-day Chintan Shivir at Kaziranga.
On September 22, last year, the Assam government made history by igniting a stockpile of 2,479 rhino horns to send a clear message to poachers and illegal horn traders that rhino horns have no medicinal value.
The rhino statues thus created are an attempt to immortalise the efforts and dedication of those who selflessly protect Assam’s pride, the great one-horned rhinoceros.
The Assam Chief Minister, along with Sadhguru, also opened the Kaziranga National Park for tourists for this season.
The Shivir was inaugurated with the aim of drawing a roadmap for the holistic development of the state and creating a blueprint for expediting its growth as a model for all sectors.
The Chintan Shivir over three days will have elaborate discussions and deliberations involving the Chief Minister, other Cabinet ministers, senior bureaucrats of the state, bureaucrats from other states, and functionaries from the Prime Minister’s Economic Advisory Council.
Speaking on the occasion, Assam Chief Minister Sarma said that Assam was once a very flourishing state and its state GDP growth was more than the national average.
“The per capita income of the state was also more than the national average. Though the state is contributing greatly to the growth of the nation, in the last 75 years the growth of the state has not been as encouraging as it should have been,” Sarma said.
Referring to the devastation caused by the great earthquake and subsequent floods and other developments, the Chief Minister said that all these had a negative effect on the common psychology of the people. However, making a turnaround, the present state government, with the able guidance of the central government, has unleashed a series of activities which have given new momentum to the development of the state.
The government has already embarked on a journey to steer the state to a robust growth trajectory, the Chief Minister said, adding that the state government is encouraging a vision which has emerged from that sense of responsibility.
The Assam Chief Minister thanked Sadhguru for coming all the way to Kaziranga to address the Chintan Shivir.
He said Sadguru’s wisdom and his idea would really help the government to build and promote a socio-cultural-economic and academic empowerment narrative in the state to spread the fruits of development to all sections of the state.
Sadhguru also addressed the congregation at the Chintan Shivir. The Chief Minister also signed an MoU on behalf of the state government with Sadhguru, who represented Isha Foundation. The MoU signed on the ‘Save Soil Movement’ will essentially guide the state on the sustainable use of soil for agricultural practices.
The Assam Chief Minister and Sadhguru also opened the Kaziranga National Park for tourists for this season.
On this occasion, Sadhguru led a jeep safari from Mihimukh when he drove a jeep with the Chief Minister sitting alongside.
Assam Tourism Minister Jayanta Malla Baruah was also present.