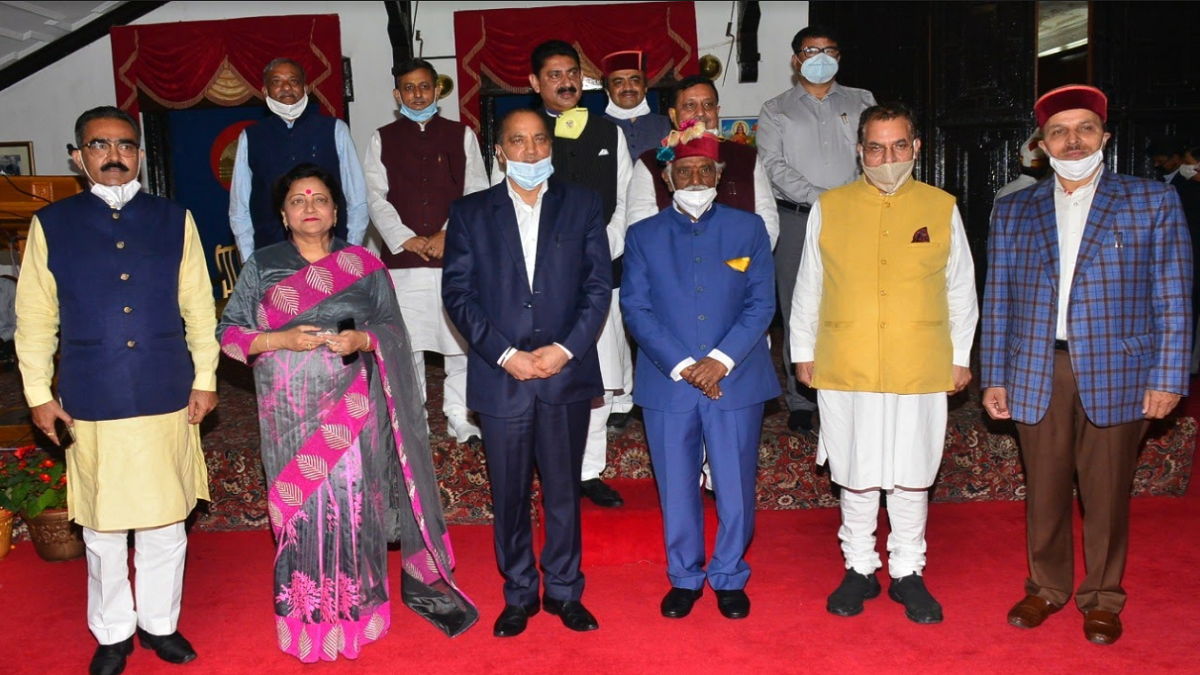 SHIMLA: The Himachal Pradesh Chief Minister Jai Ram Thakur on Thursday expanded the cabinet with the induction of three ministers. Governor Bandaru Dattatreya administered the oath of office to the new ministers at a function in the Raj Bhawan in the presence of the CM. This is the first expansion of the Jai Ram Thakur-led government since it came to power in 2017. Sukh Ram Chaudhary MLA from Paonta Sahib Assembly constituency, Rakesh Pathania from Nurpur and Rajinder Garg of Ghumarwin constituency took oath as Cabinet Ministers. Following the Covid-19 protocols, the oath taking ceremony was restricted to small gatherings. 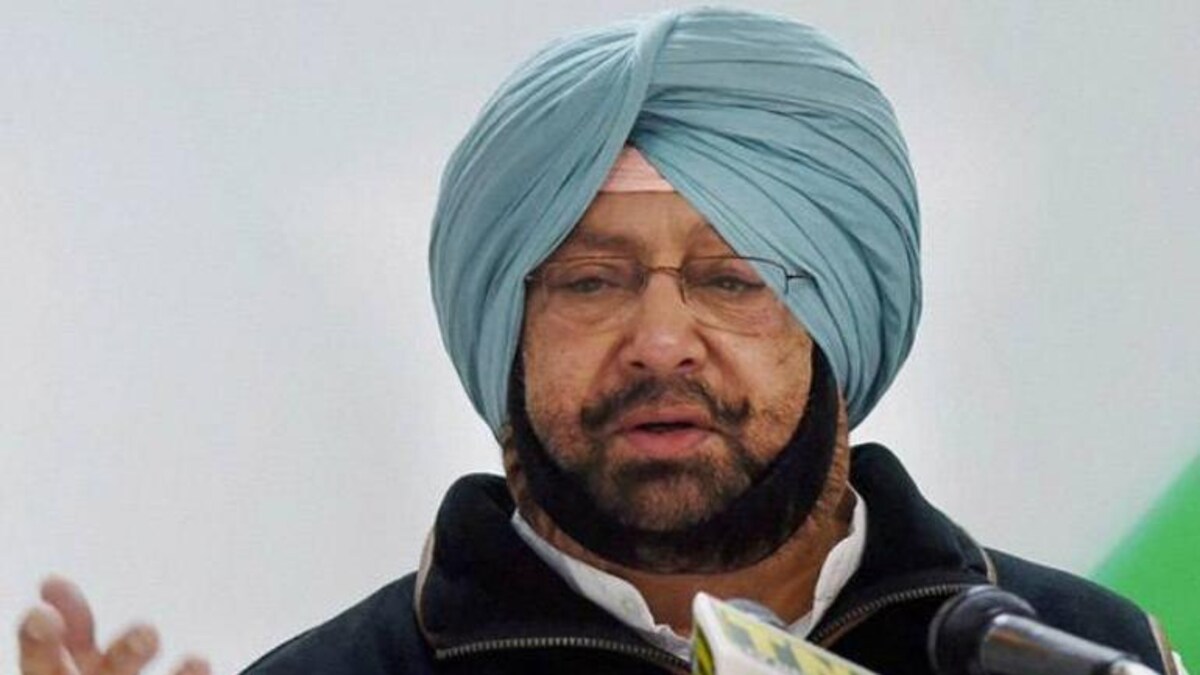 Punjab Chief Minister Captain Amarinder Singh on Friday declared Malerkotla as the 23rd district of the state, while also announcing a slew of projects for the development of the historic city.

The Chief Minister made these announcements during the state-level celebration of Eid-ul-Fitr, held virtually in view of the pandemic. On the occasion, the Chief Minister underscored India’s secular character, which he said was manifested in the defeat of communal forces in the recent Assembly elections in Tamil Nadu and West Bengal.

Recalling the rich history of Malerkotla, the CM said its conversion into a district, which had been a long-standing demand of the local people, would ease their hardships and enable them to resolve administrative problems more seamlessly.

Initially, said the Chief Minister, the sub-divisions of Malerkotla and Ahmedgarh, as well as the sub-tehsil of Amargarh, would be included in the newly created district. The process of bringing villages under the jurisdiction of Malerkotla district would begin later, after the conclusion of the census operations, he added. The Chief Minister directed the Deputy Commissioner Sangrur to find a suitable building to immediately start the functioning of the District Administration office. The Deputy Commissioner for the newly carved out district would be appointed soon, he said.

Announcing various development projects for Malerkotla, Capt Amarinder Singh also announced the establishment of a government college for girls and a government medical college. The medical college, in the name of Nawab Sher Mohammed Khan, would be set up soon at a cost of Rs. 500 crore, and the state has allotted 25 acres of land on Raikot Road and the first instalment of Rs. 50 crore has already been sanctioned, he added. A new bus stand will also be constructed at a cost of Rs. 10 crore, he said, adding that Malerkotla will also get a ‘Mahila Thana’ which would be exclusively managed by women.

Further, to promote the cultural heritage of Malerkotla, the Chief Minister said the Punjab Government has acquired the Mubarak Manzil Palace and that he has written to His Highness the Aga Khan Foundation UK to undertake its conservation and restoration. He also recounted his memories with the then Nawab of Malerkotla and spoke about the city’s significance in Sikh history. 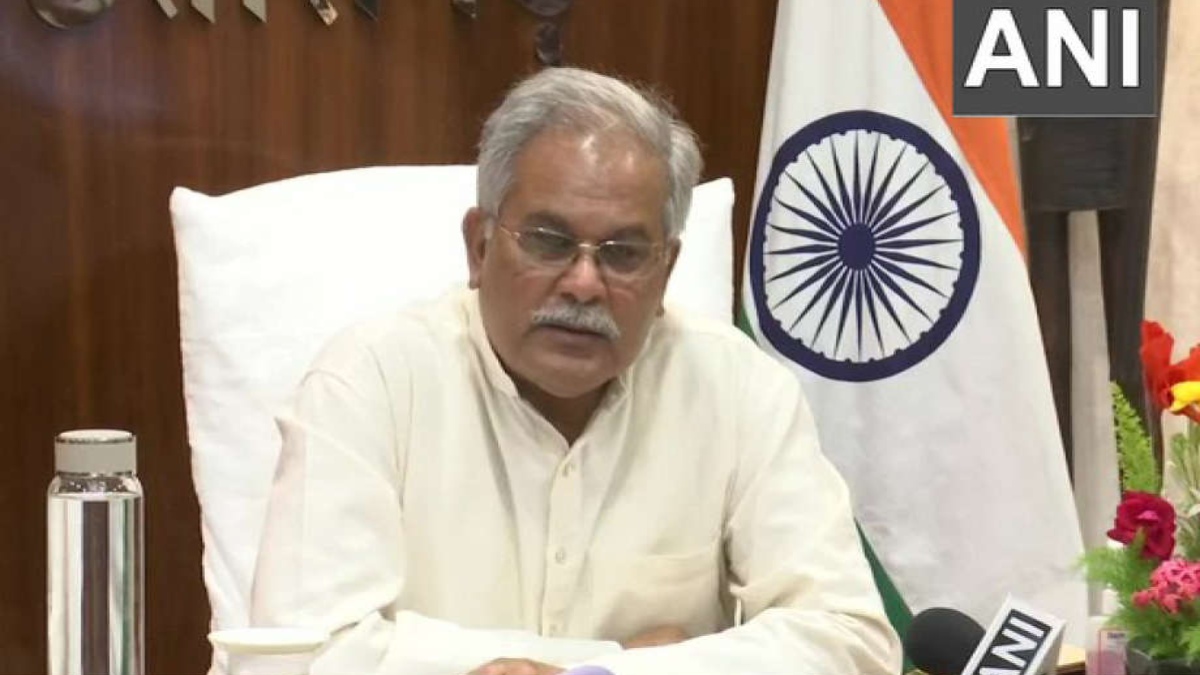 Raipur : The Chhattisgarh government has decided to pay for the education of children who have lost their parents/guardians to Covid and children from families where the earning member has died of Covid.

Children orphaned due to Covid will also be provided with scholarships under the state’s Mahtari Dular Scheme.

The CMO also tweeted that such children will be given preference for admission in Swami Atmanand English Medium Schools. No fee will be charged.

As per the Health and Family Welfare Ministry of Chhattisgarh, 9,121 Covid cases were recorded on Friday out of 67,738 tests conducted. With this, the total number of cases in the state are reached 8,92,331. The state also recorded 195 deaths on Friday, wherein 92 were from Covid, while 103 patients died of co-morbidities. The Ministry also reported 12,274 total recoveries, including those discharged from home quarantine, bringing the total number recoveries to 7,61,592. 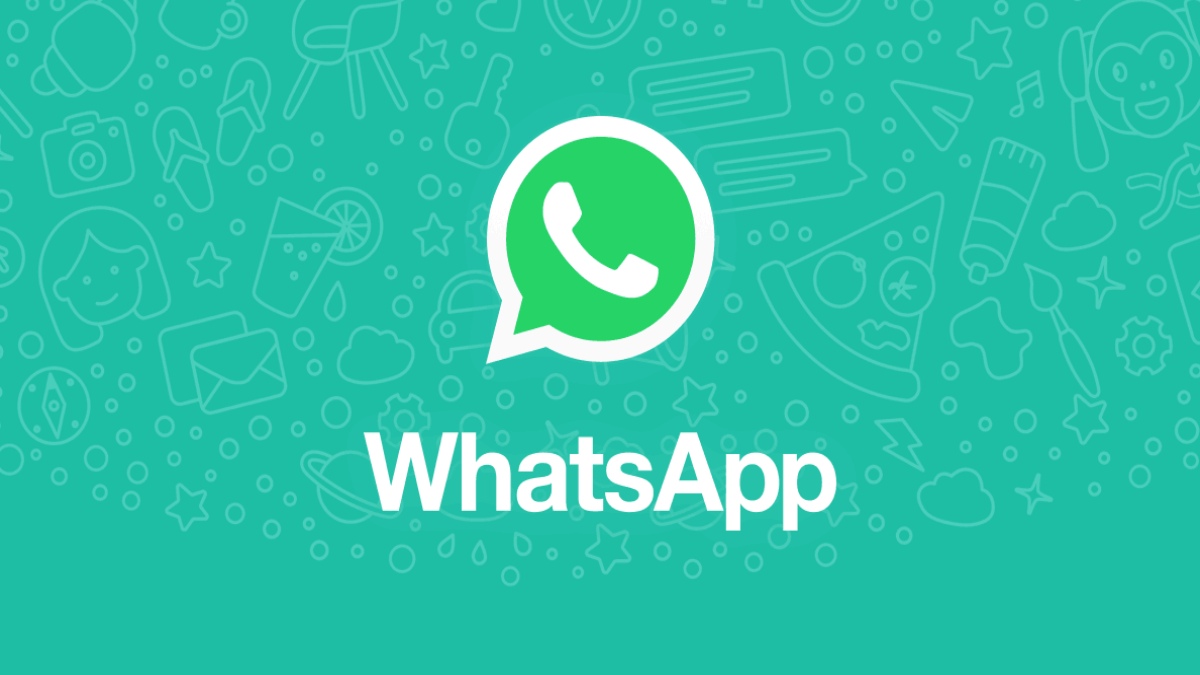 Messaging app WhatsApp told the Delhi High Court on Friday that it is not forcing any user to accept the 2021 update in its privacy policy as it is not mandatory. It said users will have a choice to accept the new update or choose not to, and are free to delete their WhatsApp accounts any time.

Replying to a petition challenging the privacy policy of the app, WhatsApp submitted that users were not previously given the option to opt out of its privacy policies if they wanted to use the service.

The social messaging app also said that it is not under any legal obligation to provide such opt-outs to its users and added that the law permits companies to not provide their services to users who do not consent to their terms.

The company also said that such practices are commonly practiced by online platforms across the industry whenever they update their terms. The company also said that online platforms are often less transparent by simply implying consent through continued use of their service after a certain date, rather than prominently and clearly giving users control and choice, as WhatsApp did.

The company also submitted that such interference in the privacy update policy would “cripple” the internet-based applications and websites industry.

The messaging app also said that the petitioners’ allegations regarding the alleged disparity with European users are meritless. The company maintained that the 2021 update, which applies to users in India, also applies to most of WhatsApp’s users around the world, including in the US. On the different policy for WhatsApp’s users in the “European Region”, the social messaging app submitted that it is due to different rules and obligations in the European Regio 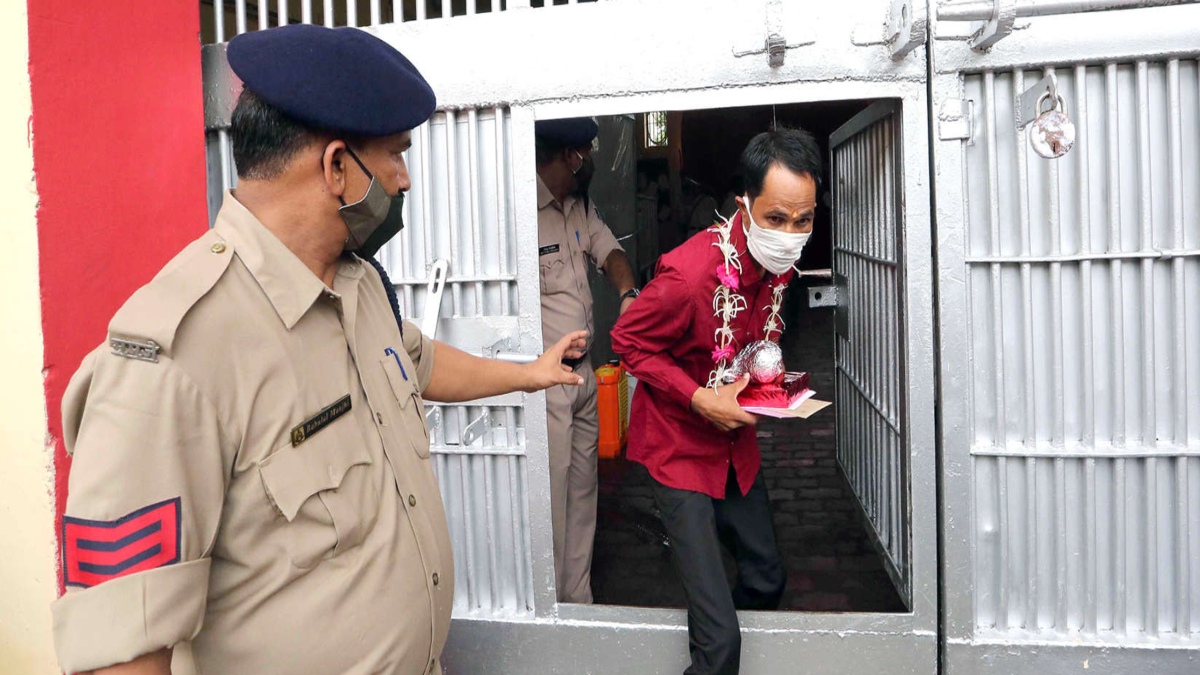 Given the Covid crisis, Haryana has announced to give parole to convicted persons who were sentenced for more than 7 years imprisonment. It was decided at a meeting of the High Powered Committee held under the Chairmanship of Justice Rajan Gupta, Judge, Punjab and Haryana High Court and Executive Chairman, Haryana State Legal Services Authority.

As informed by the Prisons Department, Haryana, a total of 21,804 (108%) prisoners are presently lodged in 19 jails of Haryana against the authorized capacity of 20,041 (100%). Since the first meeting of the High Powered Committee, held on 24 March 2020, 2,580 convicts sentenced for more than 7 years imprisonment were released on special parole. Similarly, 2,094 (656+1438) convicts/undertrials sentenced up to 7 years or facing trial for offences which stipulate maximum imprisonment up to 7 years were released on special parole/interim bail under the orders of HPC.

Subsequently, with a decrease in Covid cases, the High Powered Committee had directed the return of the convicts released on parole in cases where they were undergoing imprisonment for more than 7 years in 9 phases. Till date 2,170 convicts have surrendered in jails under 8 phases and the 9th phase consisting of 280 convicts started from 14 May, 2021.

In pursuance of directions issued by Hon’ble Supreme Court of India on 7 May 2021 in Suo Motu Writ Petition (Civil) No.1 / 2020 – In RE: Contagion of Covid-19 in Prisons, and considering the emergent situation in and around due to sudden spike in Covid, the Committee has decided to release all convicts sentenced to imprisonment for more than 7 years who were released earlier on special parole under the categories prescribed by the Committee on special parole till 31 August 2021. Special parole granted to convicts who were to surrender in the 9th phase has also been extended till 3 August 2021.

However, convicts who have failed to surrender on the date fixed or are absconding or against whom new cases were registered while on special parole are not entitled to special parole. No special parole shall be applicable to those who are not covered by the categories approved by the High Powered Committee in its previous meetings.

Competent authorities have been directed to consider the concern of inmates who may not wish for release in view of their social background and the fear of becoming Covid victims and may allow them to stay in jail after taking a written declaration from them.

The Committee has also extended the parole/interim bail of 2017 convicts/undertrials who are sentenced up to 7 years/facing trial for offences which stipulate maximum imprisonment up to 7 years till 31 August 2021. State and jail authorities have been asked to consider the cases of all such convicts/undertrials for parole/interim bail as well as any other convict/undertrial covered by the categories prescribed by the High Powered Committee. 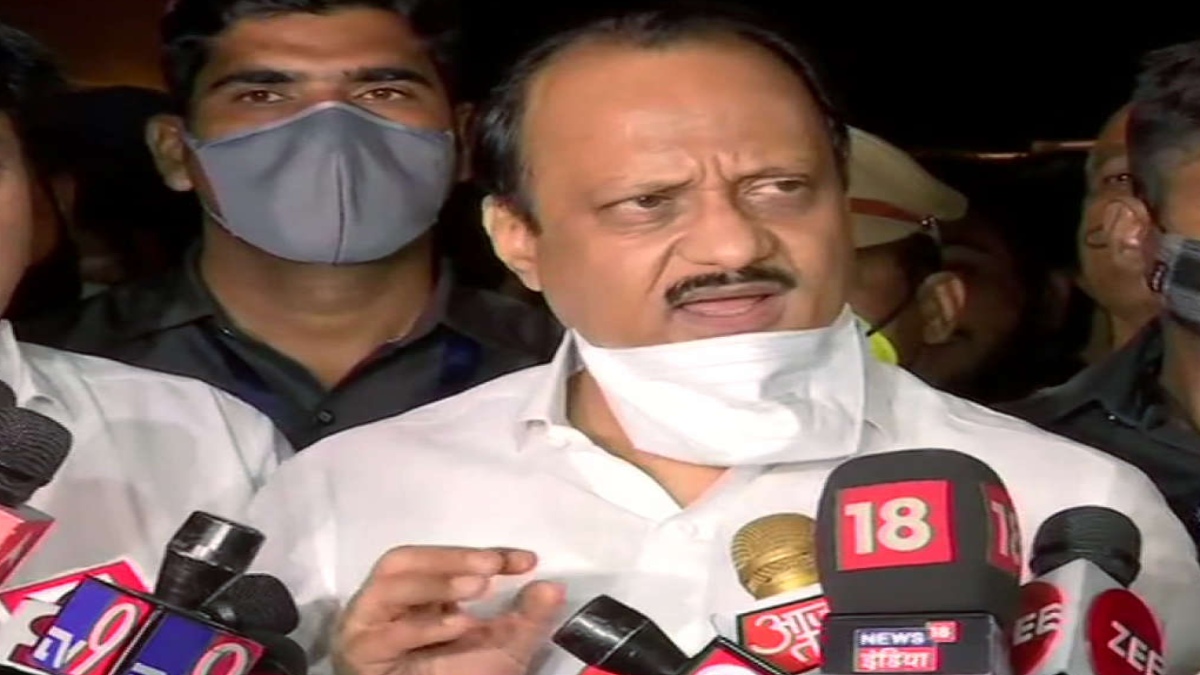 After facing backlash for the Maharashtra government’s allotment of Rs 6 crore to a private PR agency for handling Deputy Chief Minister Ajit Pawar’s social media accounts, Pawar has cancelled the notification of the appointment. He clarified that he does not need any outside PR firm and the government department will do its work.

An order issued on Wednesday by RN Musale, under-secretary at the General Administration Department for the year 2021-22, stated that an external agency was to be appointed, with a budget of Rs 5.98 crore, for handling the social media accounts of NCP leader Ajit Pawar. As per the order, this was because the Directorate General of Information and Public Relations (DGIPR) lacks the professional and technical competence to deal with social media. The PR agency which was to be appointed in consultation with the Deputy Chief Minister, Secretariat and DGIPR was also tasked to see how messages and decisions by Ajit Pawar reaches the common man.

However after severe backlash, including from the Opposition, that crores of rupees were being spent merely for advertisements amid the Covid crisis, the Deputy CM – who also holds the finance and planning portfolio – cancelled the decision.

“There is no need to appoint an external agency to handle the social media of the Deputy Chief Minister’s Office. The order in this regard should be cancelled immediately,” read his press statement with an add-on clarification that communication with citizens and the media would be maintained only through the existing public relations system.

Meanwhile, BJP MLA Ram Kadam attacked Pawar, raising the question that if this was the amount to be spent for one minister, what it would be for the others. “People have died in the pandemic due to the negligence of the Maharashtra government. On one hand, the government is saying that they don’t have enough money to purchase vaccines and on the other hand, to pat their backs on social media a team is hired for the Deputy Chief Minister at a budget of Rs 6 crore. If this budget is for one minister, what is the budget for all the ministers?” he asked. 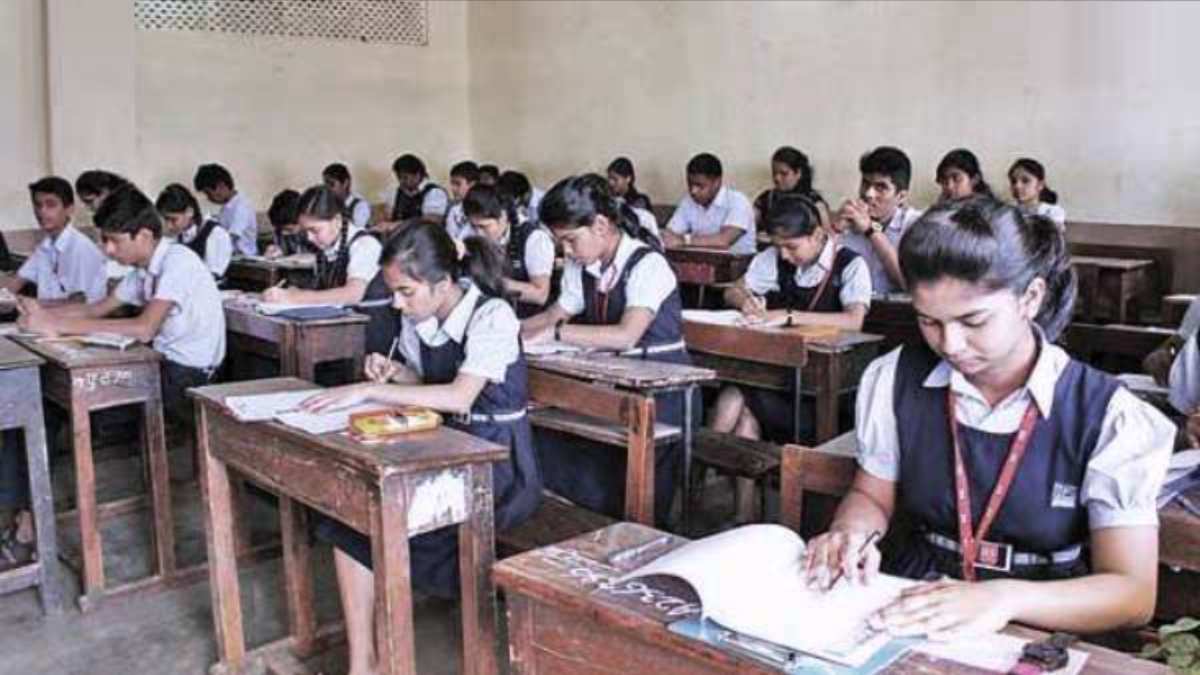 New Delhi : A plea has been filed in the Supreme Court seeking directions to the Centre, Central Board of Secondary Education (CBSE) and the Council for the Indian School Certificate Examination (CISCE) to cancel the CBSE and ICSE Class XII examinations.

The petition filed by advocate Mamta Sharma asked the court to devise an objective methodology to declare the result of Class XII within a specific time frame. The plea stated that for the innocent students of Class XII, “step-motherly, arbitrary, inhuman directions” have been issued to postpone their final examination for an unspecified duration.

“In view of the unprecedented health emergency and rising numbers of the Covid-19 cases in the country, the conduct of examination, either offline or online or blended in upcoming weeks is not possible and delay in the examination will cause irreparable loss to the students as time is the essence in taking admission in higher education courses in foreign universities,” the plea said.

It added that delay in declaration of results will ultimately hamper one semester of the aspiring students as admission cannot be confirmed until the Class XII result is declared.