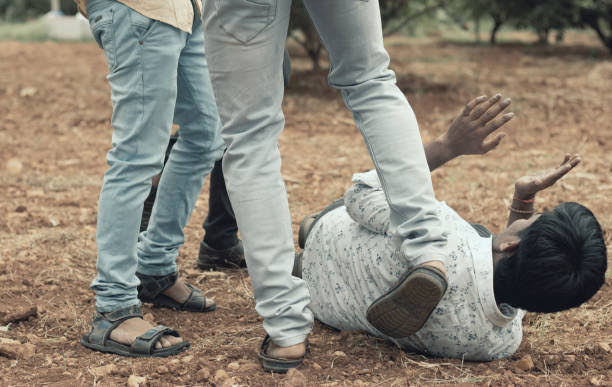 Fear of the child-lifting gang has caused some people to act in an unexpected and tragic way. Three men were brutally beaten by a mob in a recent event that was reported from the capital of Madhya Pradesh, Bhopal, on the belief that they were kidnappers. The victims, who were friends, were attacked by a mob on Tuesday night while searching for a friend’s address.

The victims made futile attempts to reason with the mob. The mob went berserk after a rumour about child lifters started to circulate in the neighbourhood.

Despite being severely hurt during the attack, the three men are safe. A case has reportedly been filed in the interim against the attackers.

Wasim Sheikh (25), his friends Imran, Yogesh, and Santosh, all Balaghat district residents, have been identified as the victims.

The men had travelled to Bhopal to see their friend, who resides in Lalghati. When they asked for an address, the locals became wary of them.

Around 9.30 p.m., two locals known as Adil and Azhar began harassing the victims and accusing them of kidnapping.

The friends were attacked after they spoke out against the treatment, and a mob later joined in. After that, “baccha chor” shouts reverberated throughout the region.

The mob viciously beat Wasim, Yogesh, and Santosh. In the meantime, police were summoned and reached the scene, where they quickly intervened to stop the attack.

The police were informed by the locals that they had apprehended members of the child-lifter group. The victims were taken to the hospital after police later confirmed their backgrounds.

Related Topics:BhopalMadhya Pradesh
Up Next