The way we created chances was simply outstanding: Flick after 4-0 win over Stuttgart 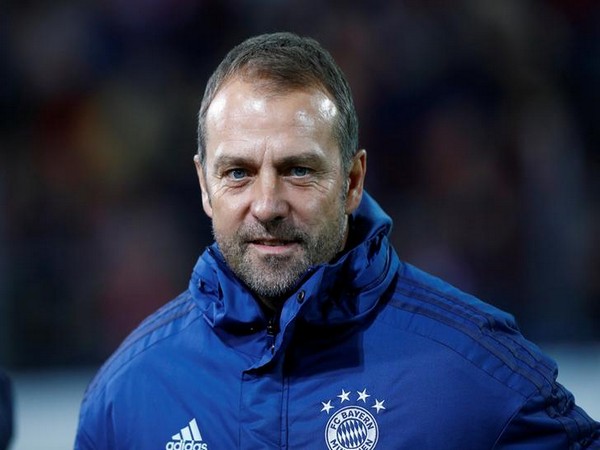 Munich [Germany], March 21 (ANI): Bayern Munich manager Hansi Flick is delighted with his team’s impressive win over Stuttgart and said the way his side created chances was simply outstanding.
Bayern Munich secured a 4-0 win over Stuttgart in the Bundesliga here on Saturday with the help of Robert Lewandowski’s hattrick.
“I have to pay my team a huge compliment. They worked well defensively after the red card, a correct red card, and made the spaces very, very small as a team and did very well in possession, especially in the first half,” the club’s official website quoted Flick as saying.
“The way we created chances was simply outstanding. We had to change our defence today and were very compact at the back against a team with a one-man advantage. We kept a clean sheet and got the three points – that was our goal, so it’s a successful matchday for us,” he added.
During the match, Bayern were a man down early on when Alphonso Davies was sent off but after that, Flick’s men shifted gear and completely dominated their opponents.
Also, for the first time in his career, Lewandowski scored three times before the break in the Bundesliga. With 35 goals this season, Lewandowski has already beaten his previous personal best (34 goals last term) for a full league campaign. He’s bettered his previous best by one goal, with another eight matchdays still to play. (ANI)