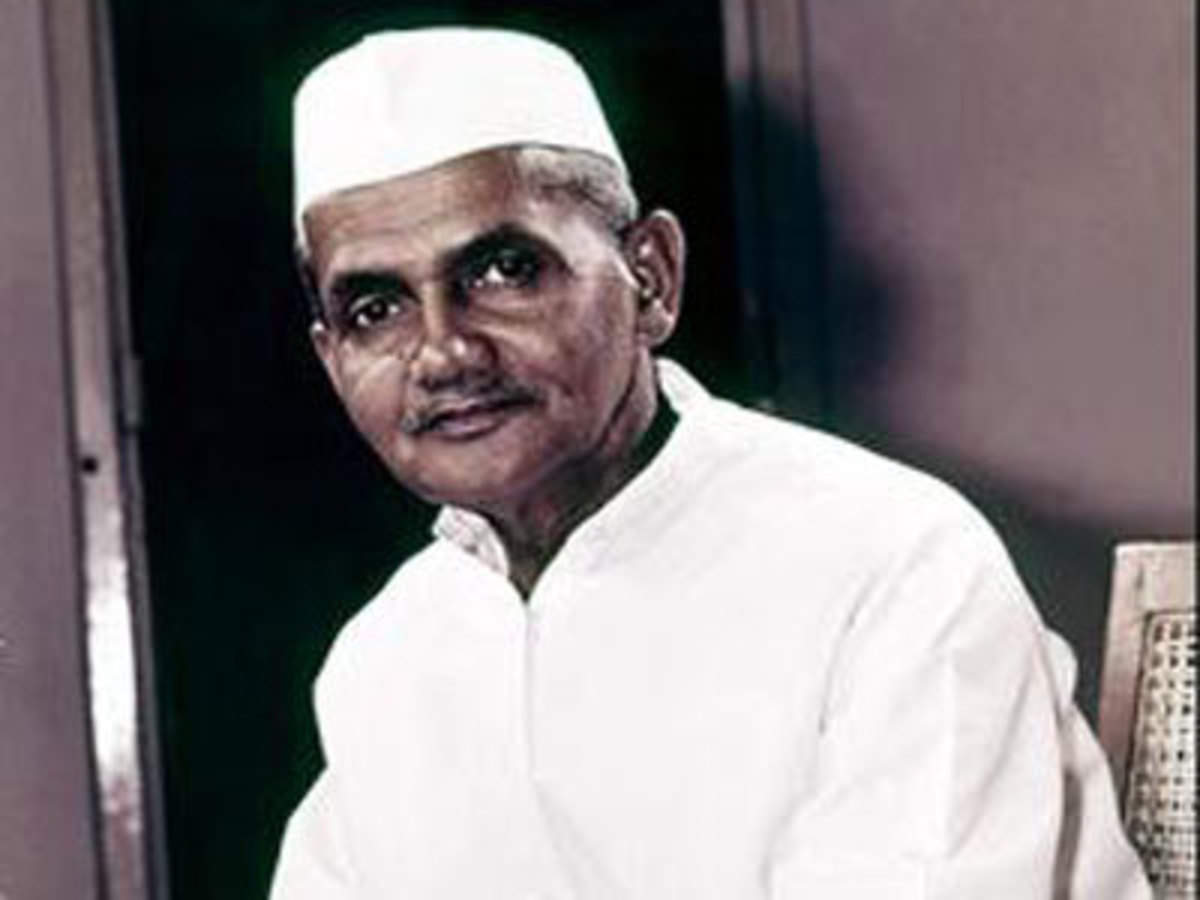 The unimpeachably honest 5 feet 2 inches tall mighty second Prime Minister of India Lal Bahadur Shastri was born on 2nd October, 1904 in Mughalsarai, officially known as Pandit Deen Dayal Upadhyaya Nagar, a small but bustling railway town close to Varanasi in Uttar Pradesh. Shastri’s birthday happily coincides with that of the Father of the Nation Mahatma Gandhi. On the auspicious occasion of his 117th birthday in 2021, our Prime Minister Narendra Modi twittered his personal homage, ‘Tributes to former Prime Minister Lal Bahadur Shastri ji on his birth anniversary. His life based on values and principles will always remain a source of inspiration for the countrymen’ Significantly, Shastri coined the eternally electrifying seminal slogan ‘Jai Jawan! Jai Kisan!’ and fathered the “Green Revolution” (the agrarian movement that catapulted India to self-sufficiency in foodgrain production enabling it to achieve a record level of over 300 million tonnes in 2021-2022!) as well as the ‘White Revolution’ (the national campaign to increase the production of milk that eventually culminated in India becoming the largest milk producer in the world with a staggering output of over 200 million metric tons in 2021-22!).
On 11th January, 1966, a date which will live in infamy as one of the darkest days in India’s chequered history, this proud and noble son of India was unexpectedly snatched away from our midst by the cruel hand of death barely one and a half years after his taking over as the Prime Minister under the most mysterious circumstances. This tragic death took place in Tashkent, capital of Uzbekistan (the ‘City of Stones’ that was to be literally reduced to rubble by an earth shattering earthquake on 26th April, 1966!), after Shastri had signed the historic Tashkent Declaration with the Pakistani President Field Marshal Muhammad Ayub Khan, with the Soviet Premier Alexei Nikolayevich Kosygin acting as the peace mediator, that brought the curtain down on the fierce seventeen day 1965 Indo-Pakistan war.

Startingly, there is a mystifying Netaji Subhas Chandra Bose angle to the whole episode. Shastri was an indefatigable champion of Netaji. Jagdish Kodesia, a former Delhi Congress chief and a confidante of Shastri, appeared before the Khosla Commission in March, 1971 as a witness. He deposed that Shastri did not believe in Netaji’s death in a plane crash and went on to assert, ‘When he became Home Minister, he wanted to know the truth whether Subhas Bose was alive or not.’ Shastri also showed a deep interest in the antecedents of Gumnami Baba of Faizabad who was rumoured to be Netaji. It is widely believed that Netaji was present at Pandit Jawaharlal Nehru’s funeral on 27th May,1964 at Teen Murti Bhavan dressed as a monk. According to Capt. Ajit Vadakayil, the well known blogger, Netaji came in a taxi and sent an envelope to Shastri whereupon Shastri came running out to meet him. Then Shastri and Netaji went inside Teen Murti Bhavan. Netaji took out a package, stood beside Nehru’s body and offered a giant garland of roses with an attached note saying ‘Another name of Jawaharlal Nehru is courage. Let us confront the crisis of our nation for the future of India’. The note was undersigned as ‘Subhas Chandra Bose’. After Shastri became the Prime Minister, 80 Members of Parliament visited him and proclaimed that the monk was none other than Netaji without any shadow of doubt! Shastri decided to set up a second inquiry commission to investigate the mystery behind Netaji’s death.

In 1965, Shastri was invited to unveil Netaji’s statue on the occasion of his 68th birth anniversary on 23rd January,1966 at Mayo Road in Kolkata. For some inexplicable reason, Shastri preponed the ceremony and unveiled the statue in December,1965, three weeks prior to his Tashkent visit. Netaji’s nephew Amiya Nath Bose, the eminent lawyer and parliamentarian, who happened to be at the ceremony requested Shastri to probe into the circumstances relating to Netaji’s death whereupon Shastri assured him that he would personally pursue the matter in Russia. Bose was extremely close to our family. After my father retired from government service in 1966 shortly after Shastri’s death, we stayed for a few months at his 10, South Avenue flat. During those days, he used to regale us with his personal reminiscences of the intense relationship that existed between Shastri and Netaji and was never tired of telling us about the Mayo Road ceremony. In 1976, I joined the legal profession and became a member of the Bar Library Club within the majestic confines of the Calcutta High Court in 1991. Bose, who used to come infrequently to the High Court, most graciously allowed me to sit on his hand crafted Elizabethan chair in the Library which fortuitously happened to be right next to the chair of Asoke Sen. After his death, the chair was permanently allotted to me prompting Sen to remark in a jocular vein, ‘The chair moves from Bose to Bose!’ I continue to occupy that chair to this day with a sense of immense pride.
On 12th December,2015, the Times of India added an intriguing twist to the whole matter by divulging that a forensic face-mapping report submitted by a British expert Neil Miller had found a strong resemblance between Netaji and a man photographed in Tashkent. According to Miller, the face mapping of the mystery man seen in Tashkent ‘lends support leaning on strong support to the contention that the person seen in the picture and Subhas Chandra Bose are one and the same person.’ Shastri had made a call before his death to his family members. In a moment of helpless nostalgia, Sanjay, who was standing right beside the telephone, vividly recalled, ‘Amma first spoke to Babuji but could hardly hear his voice. Then Hari Mama (Shastri’s eldest son) exchanged a few words with him. Lastly, Ramji (his father Vijay Nath Singh) spoke to Babuji who asked him about the reaction in India to the Declaration. When Ramji told him that certain prominent opposition leaders were planning to hold a black flag demonstration against him for having returned Haji Pir Pass, Babuji clearly told him that he would bring forth such a thing that would make his countrymen forget about the return of the Pass and any criticism about the Declaration. He was alluding to Netaji! Within a fraction of minutes, we got a call saying Babuji had taken ill. This was followed by another call after 10 minutes announcing his death.’ On 16th August,2015, Sunil disclosed on Zee 24 Ghanta that his father told him shortly before his death about a ‘special person’ he was going to meet. Was this ‘special person’ Netaji? Was Shastri planning to present Netaji before his countrymen on the occasion of Netaji’s 69th birthday on 23rd January,1966? Did he intend to invite Netaji as the Chief Guest to the Republic Day parade on 26th January,1966? Was he going to abdicate in favour of Netaji? These questions will perhaps remain inscrutable.
The uncanny circumstances surrounding Shastri’s death have received wide and extensive coverage in India and even beyond its frontiers, thanks to the bold and tell-all revelations made in the National Film Award winning ‘crowd sourced’ thriller film ‘The Tashkent Files’ written and directed by the noted film director and screenwriter Vivek Agnihotri, who is a member on the board of India’s Central Board of Film Certification and a cultural representative of Indian Cinema at the Indian Council for Cultural Relations. Interestingly, Sanjay was the guiding spirit behind the film and had been specially interviewed in the film itself by Agnihotri.
Last but not the least, there is an imperative need to declassify the files relating to Shastri’s death in the national interest to clear the air once and for all on the factual plane. In fact, Shastri’s second son Anil Shastri made an impassioned plea for such declassification as far back as on 22nd June, 2018 at a solemn function to mark the release of a Punjabi translation of the bestseller ‘Lal Bahadur Shastri: Lessons in Leadership’ by the well known writer Pavan Choudary. The time has now inevitably arrived for Modi to step in readily and play the role of the crusader in baring all for posterity’s sake. I shall leave it at that for the present moment!