The man who knew infinite arts

Weaving a fabric of compassion

How Sailana became the citadel of culinary experiments in India

Rustling up magic in pots, pans and utensils

From the royal kitchen 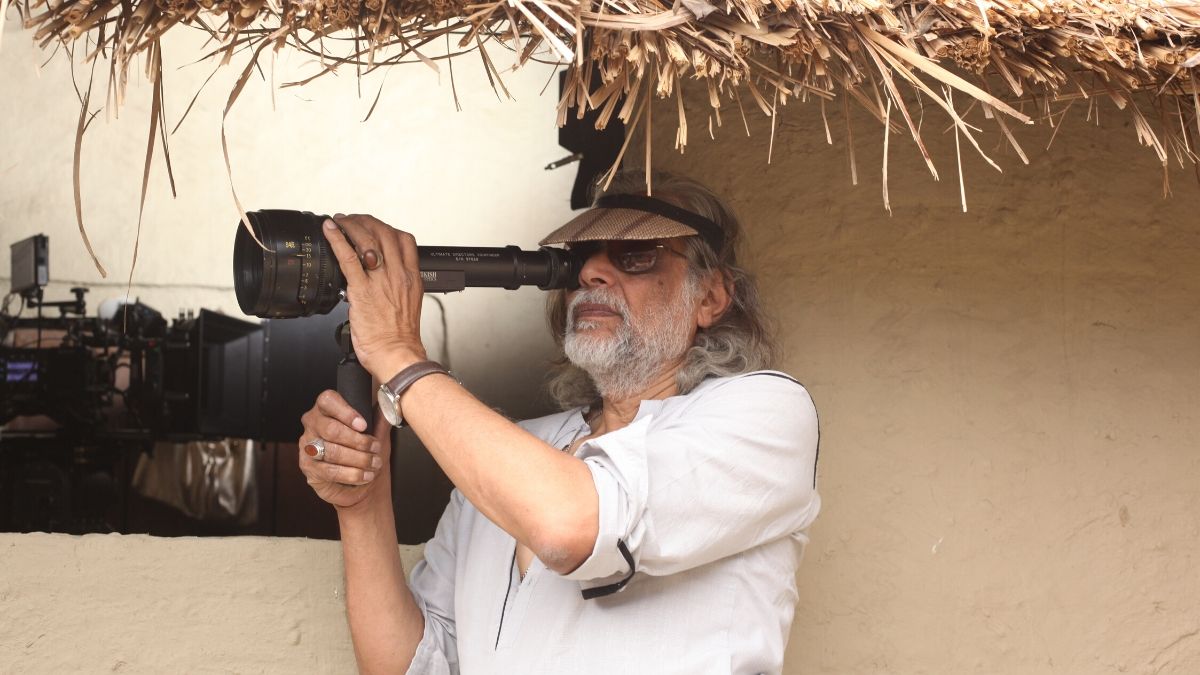 To know him, to absorb his world, to internalise his thoughts or to appreciate the sheer purity with which he portrays existential angst, you have to first unlearn everything you have parroted so far. For in Muzaffar Ali’s world, music echoes to a mystical note all day, a need to connect becomes life and a desire to express its need. And life’s paradoxes are brushed aside in a Sufiana kalam.

His life’s trajectory defies all boundaries that compartmentalise creativity. An ad guru, filmmaker, a noble who never let go his roots, a writer, artist, product designer, couturier and music aficionado. To best define the man one would have to refer back to Meer Taqi Meer’s couplet that Muzaffar used in his much celebrated film Umrao Jaan: Nazuki uske lab ki kya kahiye Pankhuri ik Gulab si hai He walked into the world of advertising in the 1960s working with Air India and other domestic brands of that era.

Hailing from the historic jaagir of Kotwara in Awadh, he had that world always tucked away in his head. A realm he went back to every time he made a film. Be it Gaman where he portrays the plight of the migrant, way back in the 1970s. A thought that was way before its time. The picture of a petrified Farooq Sheikh in the song: Seene mein Jalan, ankhon mein toofan sa kyon hai, penned by Shariyar, reflects still in the myriad images one sees in the news today of poor migrants walking their way back home.

Sadly, this angst still remains, this divide even deeper. He bemoans, “The fabric of rural India is severely exploited. The farmers are not given the due for their land or their labour. Working on one acre of land he simply earns 30 to 40 thousand annually. How is he to run his family in that? Small traders sell them everything, toothpaste, talcum powder.

When all they need is a neem ka datun. They are made to believe that is life and they rush to the city in search of a dream.” The craftsperson is as misused. A pattern Muzaffar and his wife Meera tried to break by starting their NGO Dwar Pe Rozi (Livelihood at your doorstep). A craftbased NGO it gives out work to chikankari kaarigars to create fine embroideries in the comfort of their home. It literally is bringing alive his movie Anjuman that captured the rot of craft and the exploitation of women craftsmen.

Today he dreams of once again reviving the idiom of working from home and remaining in the village in a big way. “I feel these days spent at home have taught us the real value of life. Most of us will feel the need to go towards hand-made, support our craft and its creators.” Which is where he sees the label Kotwara going. Driven by MeeraMuzaffar and their incredibly talented daughter Sama, Kotwara amplifies the craft of Awadh in a lyrical, classic style.

And in these tough times Muzaffar foresees, “More and more people will find an innovative way to go online, curb costs and give great value for money to customers.” As he puts it, “Things simply said, designs that have roots could never go wrong.” While going online for couture works, his artistic mind is not convinced that online is the way to go for festivals.

“How do you create that inspiration when people are so distracted and easily hit upon too many mindless things?” He goes back into time to reminisce how it was an inner calling that drove him to create India’s most respected platform for Sufi music: Jahan-e-Khusrau. A festival that integrates “many different tones and tenors that still say the same thing”. It was while shooting for Zooni in Kashmir that he was moved by the depth of Sufiana kalam. “It was a voice that was suppressed. Yet it quietly thrived in the Khanqah and shrines across the world. Sufi poets and their words were vibrating in different parts of the world. Some spoken in the love of the God and some as an opposition to existing ways of the world. But they all found their way back to the same source.”

He met then Delhi Chief Minister Sheila Dixit and she asked him to create something that celebrates Delhi which was now the city of his residence. “I expressed the need to create a platform that could celebrate the world of Amir Khusrau, the Sufi saint of Delhi in all its glory.” She gave him the carta blanche and hence was born a festival that the world awaits with abated breath. “This festival was only possible in the city of Delhi. Jahan e Khusrau gave him a new realm: That of a music composer. No matter who the performer, he/she would be moulded like clay to Muzaffar’s sensibility.

For weeks he would work with Abida Parveen, “choosing a new poetry, integrating instruments in it, composing the song and in the end what emerged was totally unique”. An artist who became the synonym of the festival, her absence was felt as a hurt, a tug at the heart. But the creator that Muzaffar is, he turned inwards and found great talent within India: Many in Punjab. “That state is known for its Sufi saints: Waris Shah, Bulleh Shah, Heer-Ranjha.

There is an inborn sense of rhythm in the voices of its people.” Except he laughs, “they either run to Bollywood. Or break into a rap!” But at his festival they slow down, imbibe, unlearn and sing something they never sung before. As he admits, “As a director, I worked with the best composer, with Asha ji but the need for this festival is to go beyond Bollywoodisation of Sufism.”

With Covid-19 continuing to devastate us for at least a few years and large festivals a thing of the past, how does he see the new path? He admits that at this point his mind is in deep thought to find a path that remains pure, unhindered and not distracted. “And if that path is online festivals, so be it.”