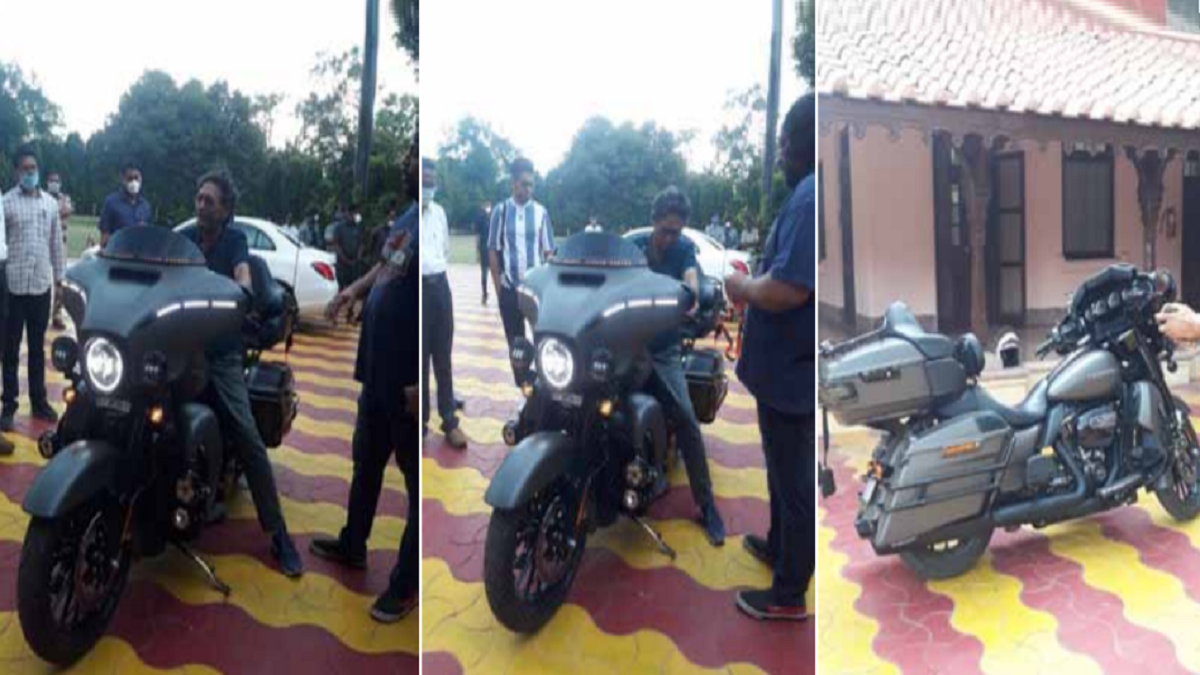 On a Sunday morning, a black Harl e y D a v i d s o n motorcycle passes by you on a tree lined road in Central Delhi, you might think, the man riding it may be a rich man’s son, an industrialist, a CEO, but you wouldn’t ever dream that a Judge riding a superbike. In the lingo of today’s generation, we don’t imagine judges and lawyers are ‘cool people’, all we imagine is black coats, lots of files and a white coloured sedan car.

Times are changing, Judges and lawyers also have a life outside of their work, and our Chief Justice of India Sharad Arvind Bobde is very high up the ‘cool quotient’, it is not uncommon for him to be seen riding a cruiser style motorcycle, like a Harley Davidson, which has been his passion for years, in fact, the gossip in Delhi is that he liked bikes since his college days, he used to own a bullet. His other liking is photography, he also encouraged a project named Architecture of Justice: A Pictoral Walk through of the Supreme Court and High Courts of India. The coffee table book is a photo collection of all 24 High Courts and Supreme Court, the book was authored by fatherson duo, Vinay Thakur and Amogh Thakur. Not many may know, Justice Bobde was the head of the Supreme Court editorial committee.

Justice Bobde has also taken photos of a fully illuminated Supreme Court when the work on the book, Architecture of Justice was underway.

Just like our Judges, lawyers also have passions for riding and driving. Sr. Adv. Mukul Rohatgi and Sr. Adv. Harish Salve, own a Bentley. Some months ago, Rohatgi also purchased a BMW 7 series. Rohatgi served as the Attorney General of India, while Salve served as the Solicitor General of India. Salve loves taking his Bentley for a spin on early mornings when there is less traffic and Rohatgi drives his car sparingly. Sr. Adv. Dr. Abhishek Manu Singhvi can been seen driven around in a BMW 5 series car. Dr. Singhvi has served as the Additional Solicitor General of India. All the three advocates are known to charge top dollar fees, with clients ready to pay anywhere between Rs. 20 lakh to 35 lakh per appearance in the Supreme Court, and that is not for extraordinary matters, for which fees is extraordinary.

Sr. Adv. Parag Tripathi, who is counted among the highest paid lawyers, is driven around in a Toyota Camry. But the gossip in town is if you want to know Parag, it is not through his car, but through his wine collection, on a good day, the rare selection of wine he consumes, costs more than a decent sedan. He also has a passion for collecting rare coins. A good car needs a good address, Parag Tripathi has bought a bungalow for an undisclosed amount in tony Golf Links, which is home of some of the country’s top industrialists, while Singhvi has bought a bungalow in Jor Bagh, where he would be shifting when it is ready. It is rumoured that Rohatgi, whose office is in a stately bungalow in upscale Sunder Nagar, also has bought a prime property in Golf Links.

Adv. Raian Karanjawala, Managing Partner of Karanjawala & Co. loves to be driven around in a German car, his choice of vehicle is an Audi A7 L, which is the longer wheelbase version of the A7. But he is known as a man of taste, he has arguably the best collection of ties, from Hermes to Stefano Ricci, it is rumoured that his shirts are tailored from Turnbull & Asser in London, or Ascot Chang in Hong Kong. He resides in a bunglow at Maharani Bagh and his office is situated in a prime property on KG Marg in the central business district of Connaught Place, an area known of have some of the highest rental rates in the world.

While Sr. Adv. Siddharth Luthra owns a Mercedes Benz S Class, he also was recently seen driving around town in a Mercedes Benz convertible. In fact it is said that Luthra had gone to Mussorie two years ago for a holiday in his Mercedes GL 350 SUV, and his mother had a hard time getting in and out of the vehicle, so he bought a Mercedes S Class and had it delivered in Mussorie. Siddharth Luthra has earlier served as the Additional Solicitor General of India. Sr. Adv. Geeta Luthra is driven around in top of the line Range Rover. Sr. Adv. Pinky Anand, Additional Solicitor General of India, is chauffer drivenin a BMW 5 series and a Volvo S90, both known for their safety features.

Needless to say, India’s top advocates and managing partners of law firms don’t only own one car, they have multiple. Like Rohatgi owns a Skoda Superb, Singhvi a Toyota Camr y and Fortuner, Karanjawala a Mercedes E Class, Luthra a Mercedes S400 red top convertible.