The Boys are back with a bigger, darker second season - The Daily Guardian 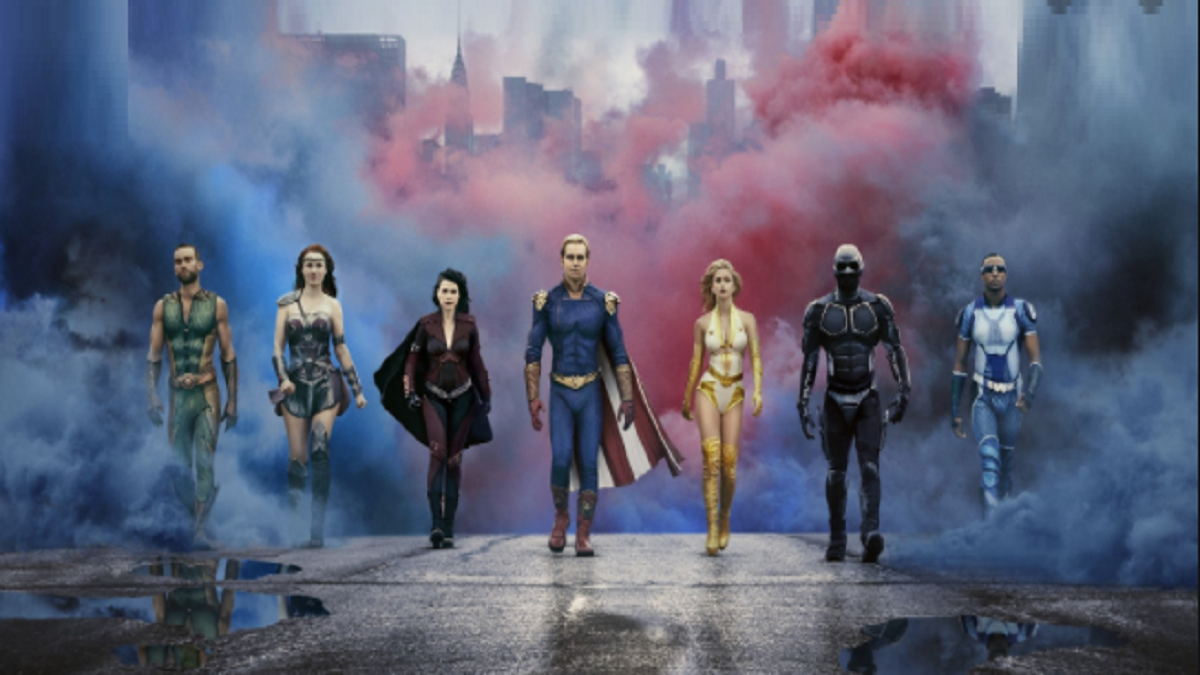 When the Amazon Prime Video series The Boys premiered last year in August, it took superhero film enthusiasts by storm. For, it offered something rarely seen in the genre: Superheroes, popular as celebrities, influential as politicians, and revered as gods, abusing their powers instead of using them for good. The Boys follows the eponymous team of vigilantes as they try to expose the Seven, Vought International’s premier superhero team led by the egotistical and megalomaniacal Homelander (menacingly portrayed by Antony Starr; the character is considered to be analogous to DC’s Superman). The Seven, among others, also features Queen Maeve (essayed by Dominique McElligott with equal parts brain and brawn; the character is considered to be analogous to DC’s Wonder Woman).

The Boys, on the other hand, are led by Billy Butcher (brilliantly played by the uber-cool Karl Urban), a former CIA operative who despises all individuals with superpowers. The Boys is based on the comic book series of the same name by Garth Ennis and Darick Robertson. The first season of the series had ended on a perfect cliffhanger and after a year-long wait the much-awaited second season is finally upon us. But before we examine the second season of The Boys, let’s first try and examine the giant leap taken by the superhero genre over the last decade.

Now, the 2010s are widely regarded as the Marvel decade. But, a more accurate way to describe them is as the superhero decade. Interestingly, nobody was so sure about the future of the superhero films about 10 years ago. Remember, the first leg of the Spider-Man and the X-Men series had ended in 2007 and 2009, respectively. And the future looked uncertain for both the franchises. Also, the second leg of the Superman series never really got going after the mixedbad response to the 2006 film Superman Returns. Also, what Christopher Nolan achieved with The Dark Knight (2008) was seen more as a personal triumph of a director’s vision than a superhero genre breakthrough.

But it all changed with Iron Man 2 (2010) which catapulted the Nick Fury-led S.H.I.E.L.D to instant fame — two years after it was first introduced as part of Iron Man (2008) during a post-credits scene. Following the release of Iron Man 2, the Walt Disney Studios agreed to pay Paramount a whopping amount for the worldwide distribution rights to Iron Man 3 and The Avengers. And the rest, as they say, is history.

Soon, Hollywood was raining superheroes. As Marv e l w a s putting together The Avengers, DC Comics started planning their Justice League lineup. And, before we knew it, Marvel’s Guardians of the Galaxy (2014) also came alive. The X-Men franchise too got a new lease of life with X-Men: First Class (2011). Next year, The Amazing Spider-Man was released with a fresh cast and storyline. Subsequently, Zack Snyder delivered Man of Steel (2013) — the first film of DC’s Superman reboot that was followed by the 2016 offering Batman v Superman: Dawn of Justice. In 2015, Marvel came out with Ant-Man which was followed by Ant-Man and the Wasp in 2018. Also, in 2016 Deadpool went on to become the highest grossing R-rated film at the time. It was followed by Deadpool 2 (2018). Soon the battle for the female superhero supremacy started as DC came out with the hugely successful Wonder Woman in 2017 and Marvel responded with an even bigger success in Captain Marvel (2019). 2018 also witnessed another superhero film Venom based on a character appeared in Spider-Man 3 (2007). All this proves why the 2010s are regarded as the superhero decade

Coming back to The Boys, the second season is bigger and grander at so many levels. First, the stakes are much higher this time. Also, we have a few new characters with some incredible superpowers. On one hand we have the enigmatic Stormfront (portrayed with great poise by Aya Cash). She has the unique ability to manipulate electricity and use it in combat. She is also endowed with many other powers. Although, she joins the Seven as its newest member, her real intentions as well as her actual origins are unknown. Then there is a mysterious new character gifted with the power to get anyone’s head to explode at will. The second season of The Boys also presents Black Noir in a new light. A-Train and The Deep again have solid character arcs this season. The character of Vought CEO Stan Edgar (chillingly essayed by Giancarlo Esposito) also comes to the fore this season. The various arcs involving Homelander, Billy Butcher, Queen Maeve, Starlight, Hughie, Frenchie, Mother’s Milk, and Kimiko also get explored really well in the second season.

The Boys is an irreverent, unapologetically sharp-witted, and no-holds-barred flip on superhero genre. And the second season takes us to ever darker places. While the extreme violence and sexuality that the first season offered are more or less retained, Season 2 offers a more scathing commentary on superhero culture, social media, global corporations, and religious sects. As far as the superhero space is concerned, The Boys comes a near second to the HBO series Watchmen when it comes to depicting the dark side of things.

Murtaza Ali Khan is a noted film critics and writer. The views expressed are personal.

The maverick prince of Indian fashion