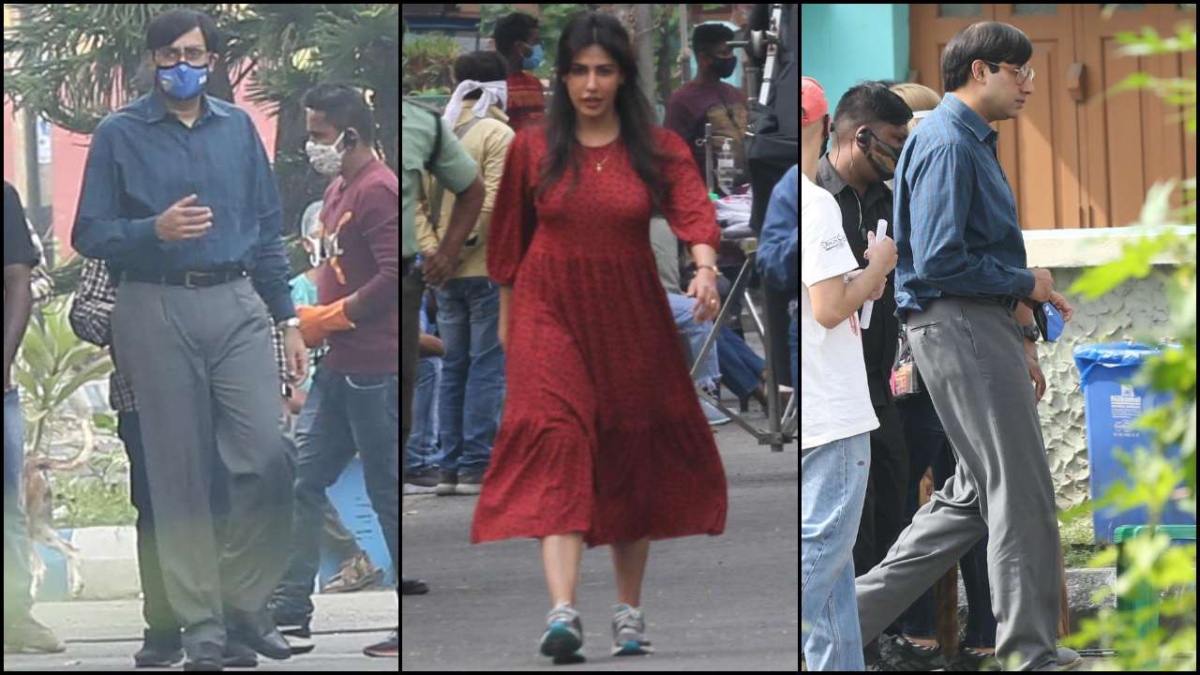 Abhishek Bachchan is currently shooting for his upcoming film ‘Bob Biswas’ in Kolkata, and on-location photos of the actor in action went viral on Thursday. Facebook, Instagram and Twitter are flooded with photographs of Abhishek’s look as the titular ‘Bob Biswas’, which have reportedly been leaked from the film set. His co-star Chitrangda Singh has also been clicked on the set of the film. In one photo, the actress can be seen wearing a red frock, wristwatch on her left hand and a pair of grey-blue sneakers. In another photo, she wears a blue saree with a brown short-sleeved blouse, carrying an off-white shawl and a black vanity bag. ‘Bob Biswas’ is a spin-off from the 2012 hit, ‘Kahaani’ starring Vidya Balan. ‘Bob Biswas’ marks the directorial debut of Diya Annapurna Ghosh.  In the spin-off, Abhishek’s look has been created keeping in mind that of noted Bengali cinema actor Saswata Chatterjee who had played the character of the serial killer Bob Biswas in Kahaani. From what we see in the viral photographs from Kolkata, Abhishek has been given a beefed-up look for the role. His hairstyle is similar to Saswata Chatterjee’s, with a bald patch. He also wears a pair of old-fashioned glasses. The actor is dressed up in blue and black checked full shirt and grey trousers, with black shoes and belt.