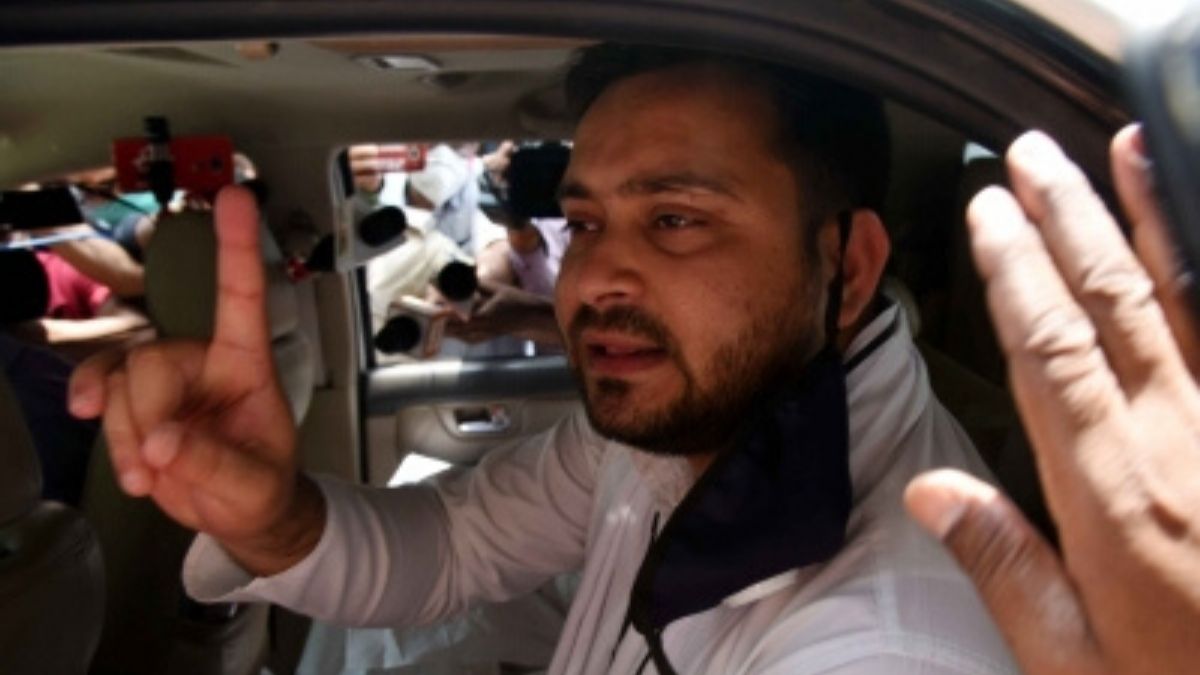 The political dispute over the triple murder case of Gopalganj, Bihar, has taken a new turn. Even as RDJ leader Tejashwi Yadav was stopped from marching to Gopalganj along with hundreds of his supporters, he raked up the issue of the killings by demanding the arrest of JDU MLA Amarendra Pandey. He further met Bihar assembly speaker Vijay Kumar Choudhary to demand a special session of the assembly to discuss “growing lawlessness in the state, issue of migrant labourers and their plight as well as the crumbling health system”.

Earlier in the day hundreds of RJD leaders congregated at the residence of Rabri Devi after a call was made by Tejashwi to march to Gopalganj. They were however stopped at the gate itself amidst heavy deployment of police. The DM had denied them the permission do so citing lockdown prohibitions on political congregations. He termed the act as an attempt to gag him to silence and accused Chief Minister Nitish Kumar of the same.

Earlier Tejashwi had issued two days ultimatum to the CM to arrest Amarendra who is an accused in a triple murder that rocked Gopalganj on Sunday. The issue has now generated much political heat in the state. Time and again the RJD has accused Nitish Kumar of shielding the said MLA. He had also met the Governor and demanded a CBI probe into the matter.

After being denied to go to Gopalganj Tejashwi wanted the speaker to call a special session of the assembly. “This is probably for the first time that a leader of the opposition had to seek a prior appointment with the speaker for a meeting but I took out time and requested him to call assembly’s special session. Let the CM answer on the growing crime graph in the state and pathetic condition of migrant labourers,” he said.

Tejashwi apparently has sniffed an opportunity to nail down Nitish Kumar on the issue of the Gopalganj killings but he has failed to evoke similar sentiments among other parties within the Mahagathbandhan. Hindustani Awam Morcha (HAM) supremo Jitan Ram Manjhi said, “For long we have been demanding a coordination committee within the Mahagathbandhan, it has not been done yet. Why is it that Tejashwi just wants to raise the Gopalganj issue?

He should have consulted the alliance partners as well and also taken into consideration other issues.” On the other hand, the JD-U reacted sharply to the day’s drama and Minister of IPRD Neeraj Kumar talking to The Daily Guardian said, “Tejashwi Yadav has caught a political infection. While he followed lockdown provisions, he made his MLAs and other leaders defy the same and made them sit in the sun.”