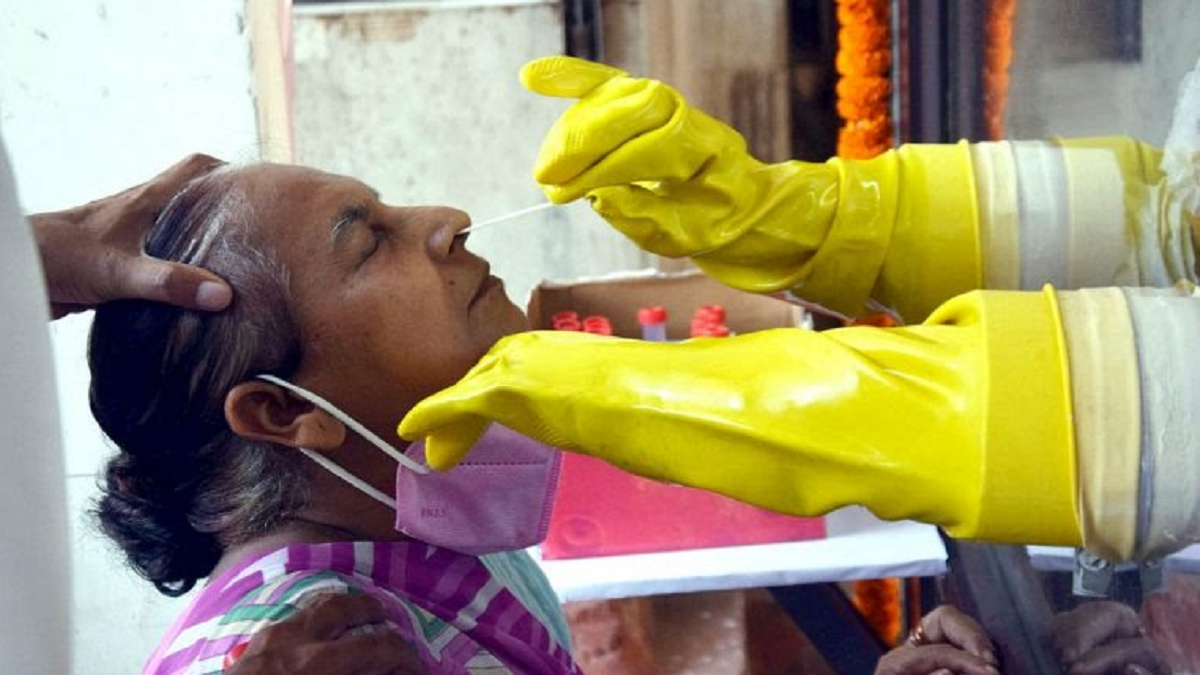 A woman is being tested for Covid-19 in Patna, Bihar. AN

Leader of Opposition in Bihar Tejashwi Yadav fired fresh salvos at Chief Minister Nitish Kumar, accusing him of “hibernating” as people in his state die of Covid-19 in large numbers.

Yadav slammed Nitish Kumar for confining himself at home for over 130 days even as people have continued to die for want of medical treatment in the state. He raised questions on the repeated transfers of the Health Secretary, pointing out that the changing the “captain of the team” so frequently does not augur well for the department.

Yadav also expressed his concerns about the scale of testing, saying that only 0.35% of a population of over 12 crores being tested is an abysmally low number. He further spoke about the state of hospitals in Bihar, mentioning instances of doctors getting infected with the coronavirus due to lack of PPEs. He also accused the Health Minister of being utterly callous, putting forth the findings of the central team which had found dead bodies lying unattended in hospital beds and corridors.

The JD-U responded to Yadav’s allegations with sharp criticism. Minister Neeraj Kumar said, “This disaster is global in nature but Tejashwi Yadav is trying to make it look like a political disaster. He should refrain from doing so. The government is doing its job and doing everything possible to ensure that the spread of Covid-19 is contained at all costs. He should not try to politicise the issue.”

Meanwhile, 2,328 new cases were detected in the state within the last 24 hours. 4 more people died of the virus, taking the death toll to 273. The state has registered 45,919 cases so far, of which 15,141 are still active. Patna accounts for the highest number of positive cases till now.

The last 24 hours have also seen 17,794 people being tested in Bihar, taking the total number of people tested to over 5 lakhs. Recoveries have also been recorded in the state, with the recovery rate standing at 66.43% currently.