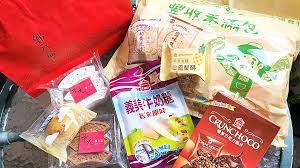 Taiwan’s latest decision to ban imports of crabs from China due to the presence of the hazardous chemical Dioxin, has again caused concerns about the ill effects of food items imported from China, Hong Kong-based The Hong Kong Post reported.
Dioxin found in crabs imported from China is a cancer-causing chemical. Several countries have in the past talked about the risk of eating food and using material originated or manufactured in China.
Reports of plastic rice being manufactured in China, made people anxious a few years ago. Several videos of synthetic rice being manufactured appeared in China, according to the Hong Kong Post.
Chinese household and consumer goods, insulation material, and packaging material use Styrene acrylonitrile, which causes irritation of the eyes and breathing passages. The European Union took a serious look into the matter and contemplated banning imports of all kinds of rice from China.
Garlic imported from China was found to be treated with methyl bromide, which is 60 times more harmful than chlorine.
It is not the first time Taiwan has banned hairy crabs from China. The imports of these crabs were suspended in 2007 as well. Countries like Japan, South Korea, the US, and even Hong Kong had banned the imports of hairy crabs.
Cancer-causing chemicals were found in hairy crabs from China, according to Hong Kong-based Centre for Food Safety.
“If a person has consumed more than 14 large, contaminated hairy crabs, they would exceed their monthly intake limit of the (toxic)chemicals,” said Dr Philip Ho Yuk-Yin, a consultant at the Centre for Food Safety.