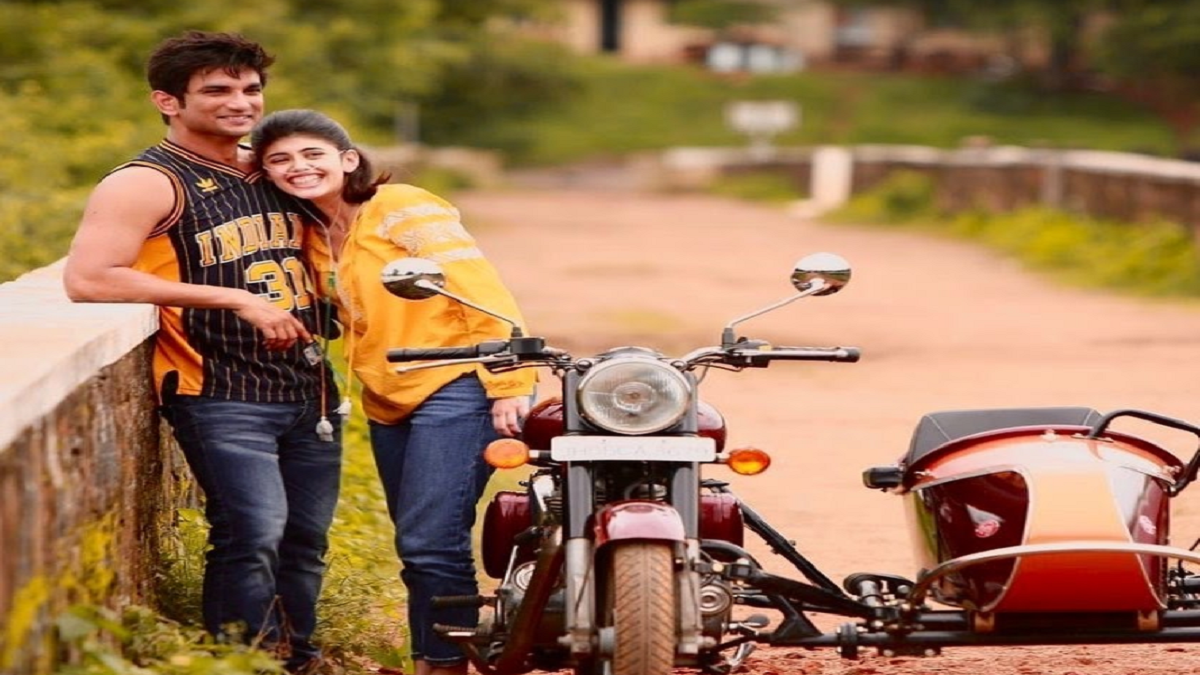 The much-awaited trailer of Sushant Singh Rajput’s last film Dil Bechara, co-starring debutant Sanjana Sanghi, is finally out. After Sushant’s tragic demise last month, fans had demanded a theatrical release of Dil Bechara but, as fate would have it, the film will now be releasing on Disney+Hotstar on 24 July and will be available to everyone-subscribers and non-subscribers, free of cost.

Although we have earlier seen cinematic adaptations of author John Green’s bestselling novel The Fault In Our Stars, the Hindi adaptation does not try to become like one of the other ones. You feel the emotions — be it love, pain, fear, tragedy, thrill and humour. We are introduced to a young couple looking at death in its face and living every moment that they have together to the fullest.

While you are watching the trailer, you find yourself immersed in the world of Kizie and Manny. Thinking about what has happened in the recent past, you have a tear right in the corner of your eye. Sushant lives the character while Sanjana anchors the film. What adds life to the film is A.R. Rahman’s music, which you can’t help but notice because of its sheer brilliance and warmth.

So, watch the film when it premieres online on 24 July for an actor that won us over with his performances, for love and for the love of love stories.

DIRECTING ‘LUDO’ WAS AN ADVENTURE FOR ANURAG BASU 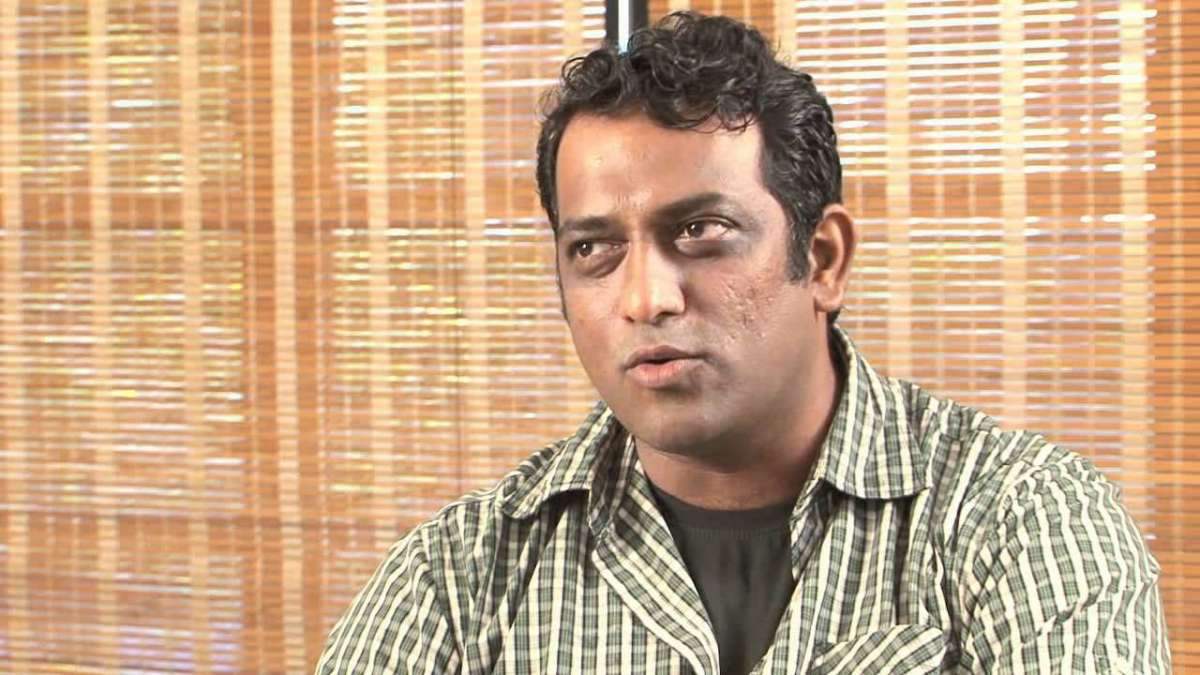 Filmmaker Anurag Basu says directing the upcoming multi-starrer, ‘Ludo’, was quite an adventure for him because he has never dealt with a story like this before. “‘Ludo’ is unlike any film I’ve made before. It’s been an adventure. It was fantastic working with such a talented ensemble, where each actor brought a unique vision and craft. (Composer) Pritam, one of my closest collaborators who I have worked with on so many projects, worked closely with me to bring this film to life and I am so grateful to him. I’m excited that the film is getting a global audience with Netflix and hope that they enjoy this Diwali entertainer with their families,” said Basu. The trailer of the film was launched on Monday virtually in the presence of the director and the cast. It stars Abhishek Bachchan, Aditya Roy Kapur, Rajkummar Rao, Sanya Malhotra, Fatima Sana Shaikh, Rohit Saraf, Pearle Maaney, Pankaj Tripathi, and Inayat Verma, who were part of the event. The film is an anthology dark comedy and is scheduled to launch on 12 November.

THERE IS SO MUCH TO LEARN FROM AKSHAY: MANUSHI CHILLAR 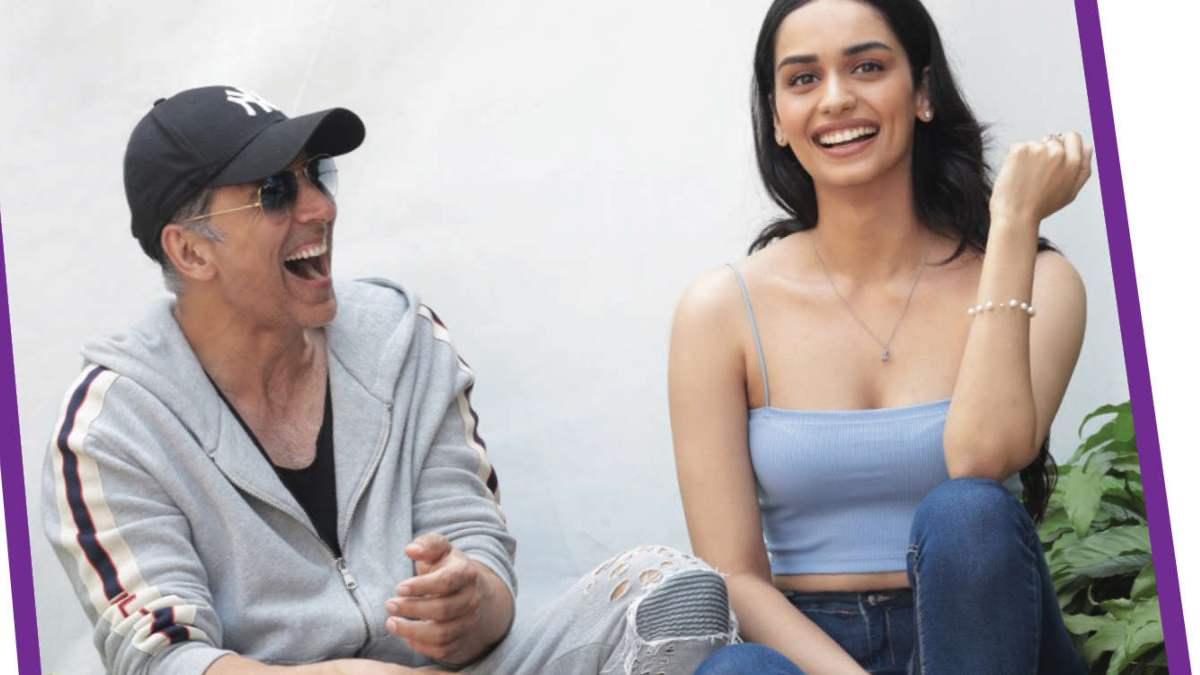 Superstar Akshay Kumar has started shooting for YRF’s big-ticket entertainer ‘Prithviraj’, based on the life and heroism of the fearless and mighty King Prithviraj Chauhan. The big-budget historical had completed a major chunk of its filming before the coronavirus pandemic hit the nation. YRF has now built an extravagant set inside YRF Studios compound and all safety precautions have been put in place for a smooth shoot. Joining him is the ethereally beautiful Miss World 2017, Manushi Chhillar, the leading lady of ‘Prithviraj’. The big-budget entertainer sees Manushi playing the role of the gorgeous Sanyogita, the love of the king’s life. We caught up with Manushi who’s excited about resuming work. “I’m thrilled to be back on the sets of ‘Prithviraj’ as I awfully missed the set life. I look forward to being on shoot every day because I’m absorbing a lot and I’m loving it. I was excited to be on sets with Akshay sir because I’ve learnt so much from him and there is so much more to learn,” says the debutant actress. Manushi reveals Akshay is very encouraging of her work and she is grateful for the same. “I consider myself fortunate to be working with the team and everyone has been wonderful. It is daunting when you debut and you want to do your best and give it your all. Everyone including Akshay sir are all very supportive and encouraging,” she adds

ETHAN WANTS TO VISIT INDIA FOR ITS CULTURE 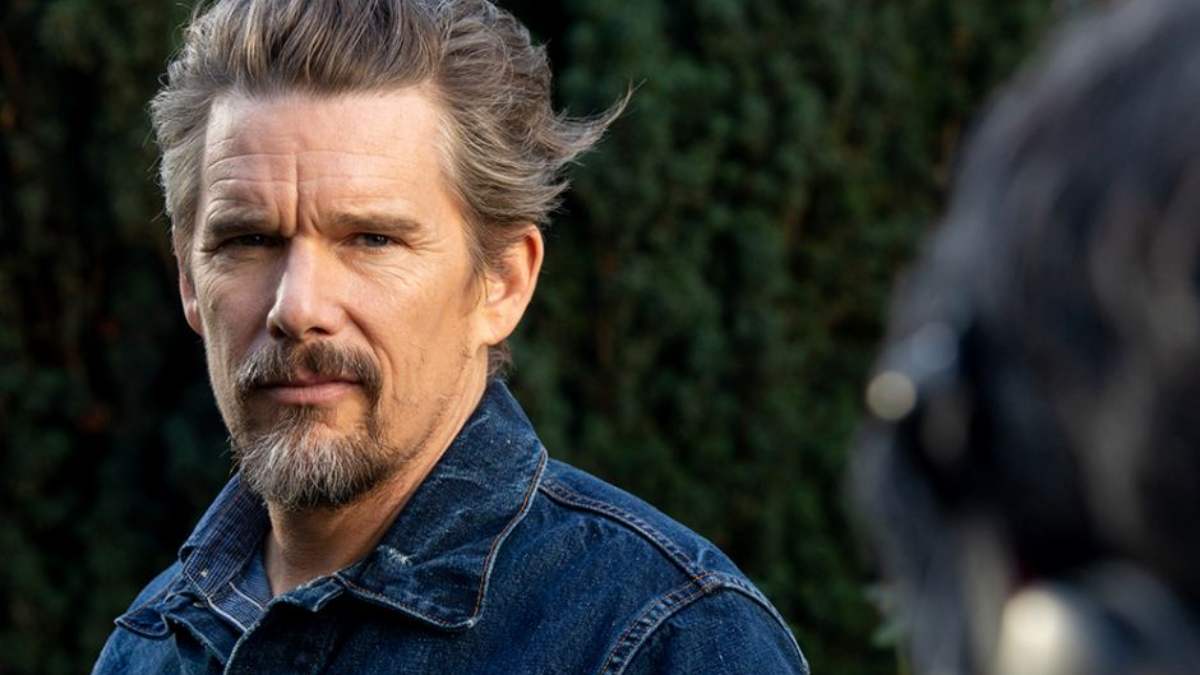 Hollywood star Ethan Hawke says he wants to visit India and experience the culture of the country. “I want to come to India so badly. India has always been one of those places, where I want to go,” Hawke told IANS in an exclusive interview.

Hawke is best known for his performance as a narcotics officer in ‘Training Day’, the hopeless romantic in the ‘Before Sunrise’ franchise, the tormented Father Toller in 2018 film ‘First Reformed’, and a bizarrely imagined time travelling agent in ‘Predestination’.

The Oscar-nominated leading star, critical writer and director, is currently seen in ‘The Good Lord Bird’. The limited series is based on a novel by James McBride, and is infused with themes of racism, religion and gender. The story is told from the point of view of Onion (Joshua Caleb Johnson) a fictional enslaved boy who becomes a member of John Brown’s family of abolitionist soldiers.

“This has been so hard. It was like making three indie movies back to back. The actual workload of that much drama, editing and producing as well as making sure it gets released right and doing interviews with countries all over the world… I feel so exhausted,” he said while looking back at the making of the show. Besides starring as John Brown, Hawke has executive produced and co-created the show, currently available in India on Voot Select. -Correspondent

Bollywood actor Ayushmann Khurrana has been voted as one of the most influential people in the world by TIME magazine for his clutter-breaking, conversation starter social cinema. On the second anniversary of his blockbuster ‘Badhaai Ho’, about accidental pregnancy of an older couple who already have two grown-up children, Ayushmann revealed his intent in handpicking such films.

“I have been trying to normalise taboo conversations in India through my cinema. My choice of films, right from my debut ‘Vicky Donor’, you will notice that I have tried to do my bit to have a constructive conversation with society about the need for change,” says Ayushmann to The Daily Guardian.

He adds, “I have strongly felt that through cinema, we could tell society to widen its gaze towards important subjects that were not being addressed. We were a shy country, we still are and there is beauty to that but what I’m most happy about is how the people of my country have appreciated my style of cinema.”

Ayushmann, who has delivered eight hits in a row, says that the love of audiences towards his progressive, forward-thinking social entertainers have been hugely encouraging. He maintains that through ‘Badhaai Ho’ he wanted to highlight that physical love between parents shouldn’t be frowned upon.

“Their love is the biggest proof that our society wants to normalise deep-seated issues and that’s the biggest validation for me as an artist. With ‘Badhaai Ho’, I tried to normalise the sexual desires that our parents could have and there’s nothing wrong in that. For Bollywood, this storyline was rare but it was necessary,” he maintains.

WHY SRK WAS SCEPTICAL TO PLAY A ROMANTIC HERO 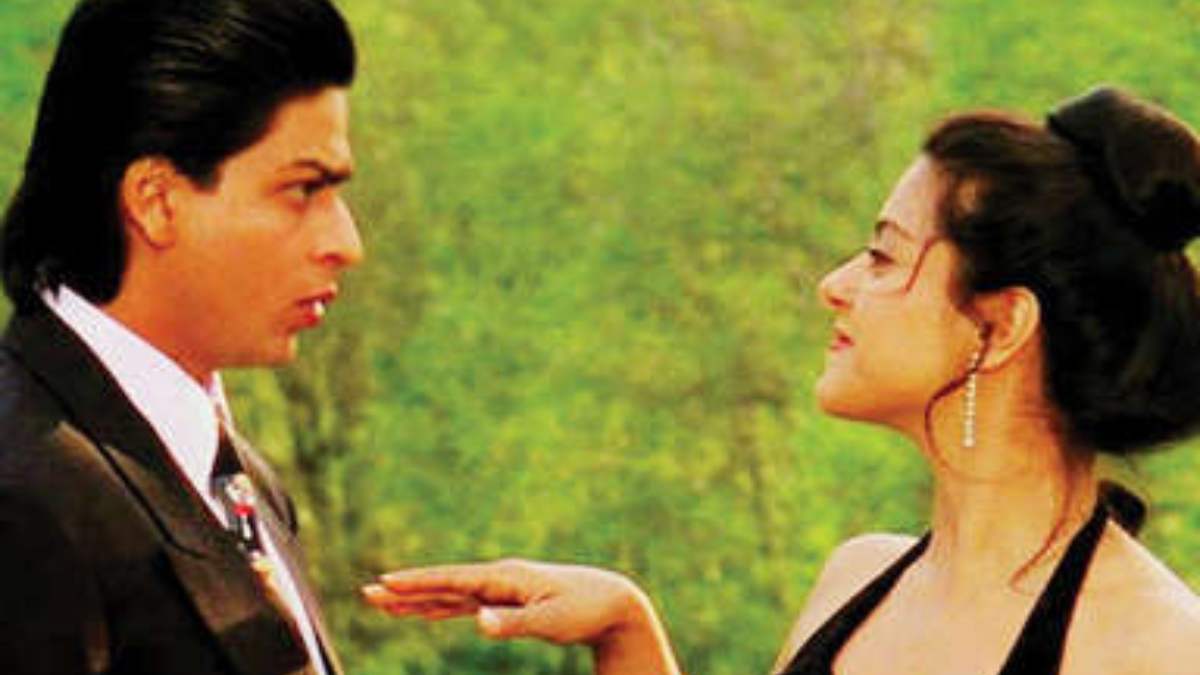 Shah Rukh says, “Raj was unlike anything I had done. Before ‘DDLJ’, there was ‘Darr’, ‘Baazigar’, ‘Anjaam’—films in which I had portrayed negative characters. I always felt that I wasn’t cut out to play any romantic character. So, when I was presented with the opportunity by Adi and Yash ji of essaying the role, I was excited to work with him but had no idea how to go about it and also if I would be able to do it well.”

The ‘DDLJ’ ending has inspired scores of lovers across generations to visualise their love story to be like Raj and Simran’s. Many filmmakers have also used this scene as an inspiration for their films. SRK reveals that he didn’t expect the train sequence to become as iconic when they were shooting it.

The King of Romance adds, “I think ‘DDLJ’ helped me cement my place and brought me fame in a way that I didn’t think it would. As for perception, I always felt that I can play more unconventional roles because of my looks, but ‘DDLJ’ has belied that and I still struggle to make that one macho unconventional kick-ass character which suits me, or so I thought, but it’s been a struggle to not be considered romantic and sweet for the last 25 years — a struggle, I guess, I am happy to lose.” 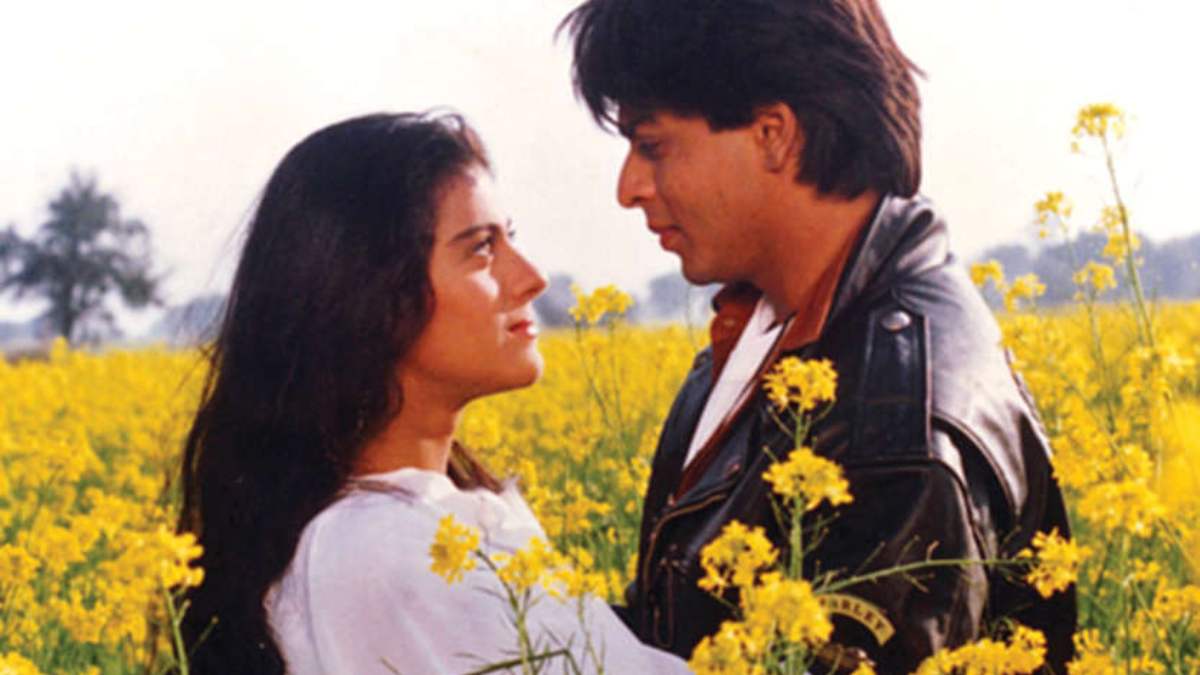 Shah Rukh Khan and Kajol starrer ‘Dilwale Dulhania Le Jayenge’, directed by Aditya Chopra, completed 25 years on Tuesday and the film’s leading lady opened up about why the film is hailed as the most loved romantic film in the history of Indian cinema.

‘DDLJ’ shattered all box office records and is one of the biggest all-time blockbusters in the history of Hindi cinema. It also went on to become the longest-running Hindi film of all time as it has played in theatres for 25 long years!

SRK and Kajol have also changed their Twitter handle username as Raj Malhotra and Simran. Kajol says, “I think ‘DDLJ’ is timeless because everybody identifies somewhere down the line with Simran and Raj. I think they just like these characters a lot! They have liked them for years and years now and it’s one of those things that you always like and probably will always like.”

Kajol says, “I thought Simran was a little boring, to be honest, but I recognised her. I realised there is a lot of Simran in almost everybody we know in a way that they want to do the right thing. A lot of people don’t do the right thing but we always want to do that. You want to get that approval, you want to get that feeling that you are approved of and that you are doing something right in the world. So, yes Simran was like that. I thought she was just cool, a little old-fashioned but cool.”

‘DDLJ’ is also the winner of a record-breaking (at the time) 10 Filmfare Awards and the film changed the face of Bollywood globally. It was made at a budget of Rs 4 crore and the blockbuster, in 1995, collected Rs 89 crore in India, Rs 13.50 crore in overseas markets. Thus, total collections stood at Rs 102.50 crore worldwide in 1995! In today’s inflation-adjusted value, its collection stands at a staggering Rs 455 crore in India and Rs 69 crore in overseas territories, taking the total worldwide collections to a phenomenal Rs 524 crore!