“Are y’all ready for this? Here’s the Trailer of CHUP! For your review,” Dulquer Salmaan shared the trailer on Instagram.

The movie ‘Chup’ is a romantic psychopath thriller and is said to be an homage to master filmmaker Guru Dutt. The movie will also star Shreya Dhanwanthary.

“It is a very thrilling story. It was a very interesting shoot for me personally. Balki’s vision for this story was so crystal clear that the film seemed to have its own pace during shooting,” Sunny talked about the film.

On the other hand, Dulquer said, “I have done different films in my career, however, this one really hits it out of the park in terms of the character and its story. It feels like you’re looking into someone’s inner workings and the character I play is especially unique so it was an altogether new experience for me.”

Meanwhile, Director R Balki said, “I had this idea for the story a long time ago and I don’t know why I took so long to pen it down and get it to the screen. It’s a proper thriller that makes you witness the psyche of an artist and the makings of a murderer. It’s a project I hold dear to my heart and I’m very proud of getting to share it with the world.”

Moreover, the screenplay and dialogues of the movie are co-written by Balki, Raja Sen, and Rishi Virmani and are co-produced by Pranab Kapadia and Anirudh Sharma. The music of the movie is composed by Amit Trivedi and Vishal Sinha.

South Indian star, Allu Arjun, wished his wife Sneha Reddy on her 37th birthday via an Instagram post. He shared a family picture with her. The picture featured their children Ayaan and Arha. Arjun addressed his wife as ‘cutie’ in the caption, drawing some love from their fans.In the picture, Allu can be seen in a blue kurta and Sneha can be seen in blue suit. The couple were twinning in blue. Sneha held her kids while posing for the camera. Their son Ayaan held a plate of cake. Two birthday cakes could also been seen on a table in front of the family.Sharing the photo on Instagram, Allu Arjun wrote for Sneha, “Happy Birthday Cutie” (Smiling face with hearts). One of his fans wrote for his wife, “Happy birthday to you. Enjoy your day. Always stay happy, don’t forget your smile” Other fan commented, “Their bond is so pure.” Many fans dropped heart and cake emojis for Sneha.During an appearance in Samantha Ruth Prabhu’s talk show, Allu was asked what she liked about Sneha, to which he replied, “I liked two qualities about her, she is very dignified. Even at 2am at the nightclub, there was nothing obscene about her. She has got so much dignity and number 2, she is very balanced.”

Ponniyin Selvan I pre-booking sees ticket sales of over ₹11 crore for day 1; immense craze seen in the South 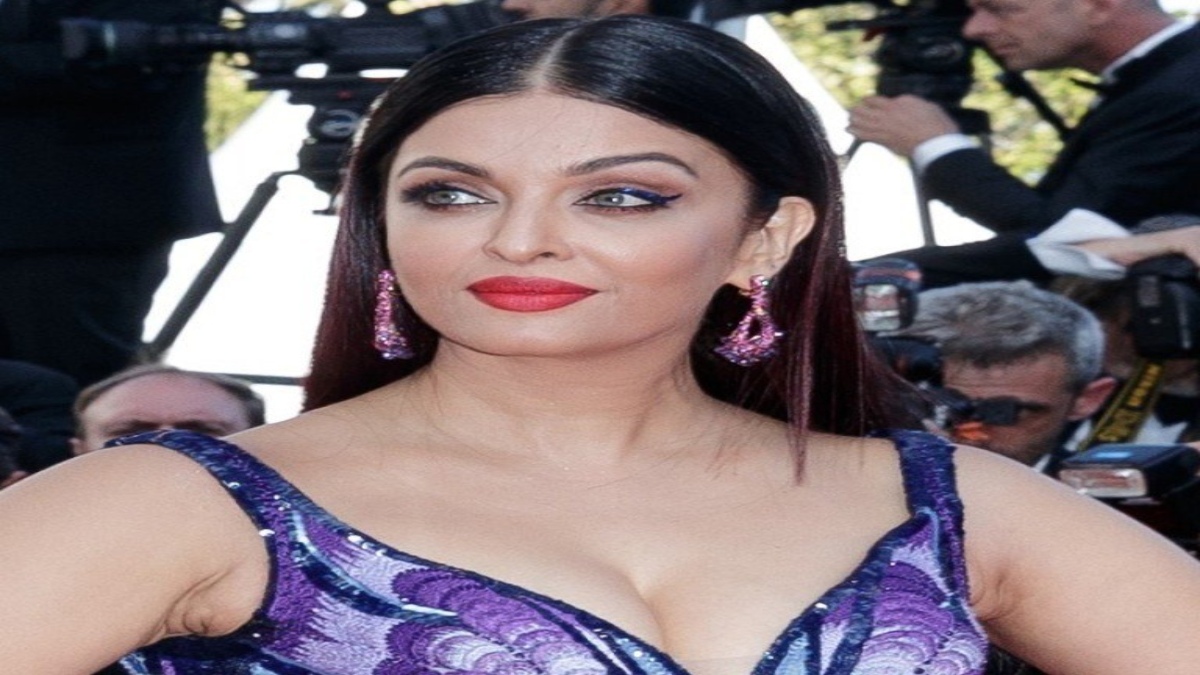 Mani Ratnam’s magnum opus Ponniyin Selvan: I is almost ready for release in theatres. The movie is set to release on the big screen on 30 September, 2022. The advance booking of tickets has been on all week now and the numbers are really encouraging. The film is on course to register the best first-day advance booking for any Tamil film this year, challenging the impressive number set by Kamal Haasan’s Vikram earlier this year. Depicting the immense craze of the film, in many cities down south, almost all shows have been booked for the entire weekend.As per the trade sources, the Tamil version of the film has sold tickets for opening day worth ₹10 crore gross alone on Thursday morning. In addition, the Telugu, Hindi, and Malayalam-dubbed versions contributed to advance booking sales of over ₹1 crore, giving the film a total advance booking sale for the first day at over ₹11 crore.While Ponniyin Selvan is a pan-India film, it’s popularity is mostly seen in the south region. From the total pre-booking collection, only 4% tickets sold are out of Tamil Nadu, Telangana and Andhra Pradesh. The hindi version has contributed to ₹18-20 lakhs so far. At the US box office, the film has already raked in $835,000 ( ₹6.8 crore) and is all set for a million-dollar final advance booking figure from the North American market alone.Ponniyin Selvan I, based on Kalki Krishnamurthy’s novel of the same name, is a historical epic set in the Chola era. The film is a fictionalised account of the early days of the great Chola emperor Rajaraja I, and stars Jayam Ravi, Vikram, Aishwarya Rai, Karthi and Trisha Krishnan. 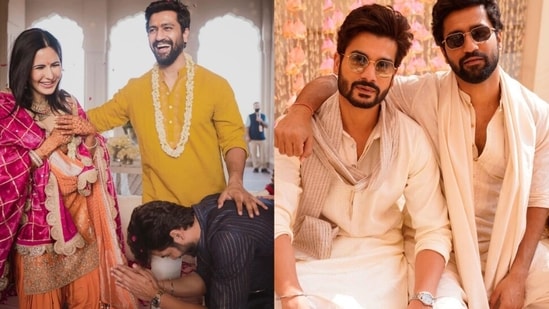 Actress Katrina Kaif shared some unreleased photos from her wedding festivities on Wednesday to wish Sunny Kaushal a happy birthday. In a picture that Katrina shared on Instagram, Sunny made jokes and asked for Katrina’s blessing. While holding Katrina in his other hand, Vicky Kaushal, who was standing close by, maintained one hand on Sunny’s back. In the casual photograph, they were all seen laughing.

In the picture, Katrina was draped in a pink dupatta and donned an orange ethnic attire. Sunny Kaushal was wearing black attire, while Vicky was wearing a yellow and white ensemble. Vicky and Katrina both wore white garlands around their necks.

The picture appears to have been taken at the Six Sense Fort Barwara in Sawai Madhopur, Rajasthan, the site of Katrina and Vicky’s wedding. The image showed a number of people in the backdrop.

Vicky also wished his brother Sunny on Instagram and posted a picture. Both brothers  dressed in white, were seated next to one another in the picture.

The 68th national film awards will be presented on September 30 in accordance with the more than 60-year-old tradition by President Droupadi Murmu and Information and Broadcasting Minister Anurag Thakur, two years after the Covid-19 outbreak put the coveted event on hold.

“Honoured to announce that the Dadasaheb Phalke selection jury has decided to recognise and award Asha Parekh ji for her exemplary lifetime contribution to Indian cinema,” Thakur said.

She worked in more than 95 films and was the chairperson of the Central Board of Film Certification from 1998-2001,” Thakur added. Parekh was also conferred with Padma Shri in 1992.

The National Film Development Corporation (NFDC), which was founded in 1954, is now in charge of organising the awards, which fall under the purview of the I&B ministry, for the first time.

The government consolidated four film organisations in March of this year, giving the NFDC full authority over all matters relating to the production of documentaries and short films, the management of film festivals, and the preservation of films.

In keeping with tradition, Hon’ble President Draupadi Murmu will be conferring the National Film awards this year,” NFDC MD Ravinder Bhakar said. “It is an honour for the winners and I congratulate them.”

The ceremony is taking place four years after President Ram Nath Kovind only delivered 11 of the 137 awards, breaking with convention, which saw more than 50 award recipients skip the 65th National Film Awards ceremony in protest.

The remaining prizes were given out by former information and communication minister Smriti Irani and minister of state Rajyavardhan Rathore.

In 2018, 70 award recipients had expressed their intention to boycott the event in an open letter to protest the cancellation of the award presentation. However, a number of the letter’s signatories, including the singer KJ Yesudas and the filmmaker Prasad Oak, later turned up. The honorees clarified in their letter that their action was not a “boycott,” but rather a demonstration of their displeasure with the President’s choice.

As Falguni Pathak’s ongoing feud with Neha Kakkar, the veteran singer has said that she is comfortable with her songs being recreated.Recently, Neha Kakkar has recreated Falguni’s famous song, Maine Payal Hai Chhankai, on which Pathak has said in her new interview that she is fine with her songs getting adapted, but they should be done in a right way and shouldn’t be spoilt.Falguni had shared fans’ posts on Instagram Stories in which they had slammed Neha for ‘ruining’ the former’s 1990s hit song. The singer indirectly showed her disapproval of Neha’s version, titled O Sajna. The original song was released in 1999 and featured Vivan Bhatena and Nikhila Palat in the music video. The song was played out as a puppet show in a college fest and was a massive hit.In her interview with Mirchi Plus, Falguni said, “Adapt karo lekin acchi tarike se karo. Remixes ban rahe hai aajkal aur acche bhi ban rahe hai jo humlog bhi stage pe gaate hai. Lekin usko acchi tarah se use karo na. Tum usko faltu kyu bana dete ho (Adapt but do it well. There are so many remixes being made well and even we sing it on stage. But do it well. Why do you spoil it)?”Speaking on her song Maine Payal Hai Chhankai, Falguni said, “I think the song came out in 2000 and till date, it is really fresh. Even when I perform the song now, people give us the same reaction and love that they had on the first day. Usko recreate karo, usme alag rhythm do, make it modern lekin achi tarike se karo na. Uski jo beauty hai, jo simplicity hai usko mat touch karo (Do recreate it, give it a different rhythm, make it modern but do it well. Don’t touch the beauty and simplicity of the song).”Recently, Neha welcomed Falguni on the stage of Indian Idol season 13. In a video shared by Sony TV, Neha called the singer ‘legendary Falguni ma’am’. Falguni sang Garba songs as all from judges Neha, Himesh Reshammiya and host Aditya Narayan played dandiya around her.

Bollywood actress, Aishwarya Rai, who is busy in promotion of her upcoming film, Ponniyin Selvan: I, was asked about her thoughts on the debate around north versus south films recently. She said that right now was an ‘amazing time’ for Indian cinema as the audience wants to see films ‘from every part’. Many south Indian films, like RRR, Pushpa: The Rise and KGF Chapter 2, have become pan-Indian hits in recent times. Aishwarya said it was ‘evident’ that people are lapping up cinema from across the country.Aishwarya said that the language barrier is being broken amongst the entire country and films from all regions and languages are being welcomed by the entire nation. Over the past few months, many non-hindi films have been box office blockbusters over hindi films. Films such as SS Rajamouli’s RRR, starring Jr. NTR, Ram Charan, Alia Bhatt and Ajay Devgn, were made in Telugu and then dubbed and released into several languages.At an event promoting Ponniyin Selvan: I in Delhi, Aishwarya Rai spoke about films from south India having a successful run in movie theatres across the country. Aishwarya was reported saying, “It’s an amazing time right now, where we need to break away from the typical way of looking at artists and cinema. I think it’s a great time right now, where all these barriers have gone down. People know our cinema nationally. In fact, they are wanting to see the cinema from every part.” The actress further added, “I think this is finally the perfect time where it has become accessible nationally through so many platforms. Everybody can view cinema for what it is, across India. So, I think we need to kind of break away from this conventional way of thinking and help our viewers, our audiences, and our readers also to not slide into that typical way of viewing. Art has always been there, found the audience, and has been appreciated; so, have the artists. But avenues were limited. Today is a great time when it has become accessible to everybody. And proof of the pudding is in the eating, right? It is so evident that people are embracing and lapping up cinema from across the country.”