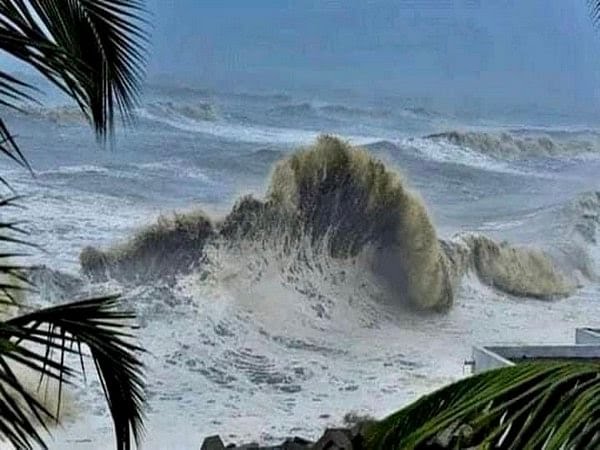 Al Jazeera reports that the sky became blue with occasional rain in Colombo, the capital city of Sri Lanka, as well as many other places. Children and the elderly were urged to stay indoors by the health officials. Notably, according to reports, the Sri Lankan weather forecast indicated that there could be heavy showers of over 100mm in the areas of Anuradhapura, Trincomalee, Polonnaruwa, Puttalam, and Maha Illuppallama.

In addition, rains could be anticipated in the Nuwara-Eliya and Kandy districts, the Western and North-Western Provinces, Galle, Matara, Anuradhapura, and Trincomalee.

Due to the effects of the cyclonic storm “Mandous,” the country has unfavourable weather, according to Daily Mirror.

The three districts of Tamil Nadu in India received a red warning, according to officials. Chengalpattu, Villupuram, and Kancheepuram are among the districts that are under alert.

The officials also advised the general masses to check with the concerned airlines in view of the flights affected due to the extreme weather conditions.
“Kindly take note of the Flight cancellations at Chennai Intl Airport on 09.12.2022 due to adverse weather conditions forecasted. Passengers are requested to check with the concerned airline(s) for further updates. #Chennai #MandousCyclone #[email protected][email protected],” tweeted the Chennai (MAA) Airport.