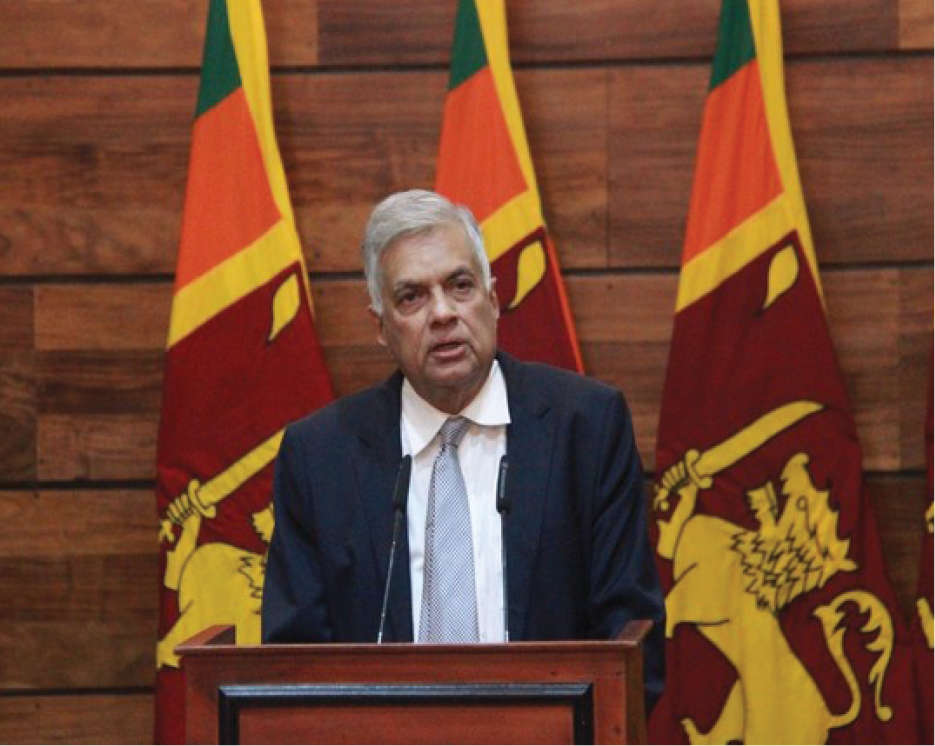 Amid economic turmoil, Sri Lankan President Ranil Wickremesinghe urged China on Thursday to restructure its debt as Beijing is Colombo’s largest bilateral lender. “We have informed the Chinese government of the need to restructure the debt and the need for all the creditors to “sing from the same hymn sheet,” Wickremesinghe told Nikkei Asia in an interview.

The appeal to China, Sri Lanka’s largest bilateral lender, has emerged as a formidable challenge to Wickremesinghe, who is leading the country’s financial team as it attempts to rebuild an economy starved of foreign reserves and mired in misery, reported a Sri Lankan publication,

The Morning. Responding to a question about China’s preferred route of refinancing its loans or deferring the repayment dates for countries in debt to Chinese banks—rather than restructuring the loans and settling for a loss-making “haircut,” Wickremesinghe told Nikkei Asia at the Presidential Secretariat, “China, of course, has adopted a different approach, so it is a question of what the agreement that the other creditor parties can reach with China.” Meanwhile, Wickremesinghe admitted that reaching an agreement withthe International Monetary Fund (IMF) will be difficult, according to The Morning. An International Monetary Fund (IMF) statement on the eve of its visit highlighted, albeit obliquely, that the China factor is set to shape Sri Lanka’s economic fortunes. On the prospects of giving Sri Lanka a multibillion-dollar bailout, the fund said, “Because Sri Lanka’s public debt is assessed as unsustainable, approval by the IMF Executive Board of the Extended Fund Facility programme would require adequate assurances by Sri Lanka’s creditors that debt sustainability will be restored.” The Washington-based fund’s team will be in Colombo until the end of this month and called on Wickremesinghe on Thursday to discuss the current situation of the economic crisis the nation is grappling with at present, reported The Morning.

The meeting with the Head of State came after the delegates of the global lender kicked off discussions with Dr. Weerasinghe in the morning, to finalise a staff-level agreement for a possible USD 3 billion bailout package, including restructuring debt of about USD 29 billion.

COLOMBO: The fertiliser deal between Sri Lanka and China has caused the island nation’s exchequer a loss of USD 6.9 million as the stock of fertiliser was rejected in December 2021 over reports that it contained harmful bacteria. The Morning reported that it is not possible to regain the amount of USD 6.9 million paid for the stock of organic fertiliser manufactured by the Qingdao Seawin Biotech Group Co Ltd in China when Mahindananda Aluthgamage was Minister of Agriculture, and current Minister of Agriculture Mahinda Amaraweera said that it should be acknowledged that the country has suffered a loss in this regard. The loss was disclosed during a media briefing held on Wednesday, as journalists queried the Minister regarding the said amount paid for the stock of organic fertiliser imported from China. In response to the query, Amaraweera said, “A payment of USD 6.9 million has been made for the Chinese fertiliser ship. Now, there is no fertiliser nor money. There is no apparent way to solve this issue either. My first attempt was to see if we could get this amount of money back, but it does not seem to be working. “We have to accept the fact that our country has suffered a loss.

It was recently reported that although the Agriculture Ministry was considering obtaining another type of fertiliser manufactured by the Qingdao Seawin Biotech Group Co Ltd to replace the controversial stock of organic fertiliser containing harmful bacteria that was sent back, the company had not responded favourably. Speaking to The Morning at the time, Amaraweera said, “Discussions are currently underway between the company concerned, its local representatives, and Ministry officials concerning the stock of organic fertiliser that was sent back. However, I have been informed that there are some issues.

In another repressive move, Taliban blocks 23 mn websites in Afghanistan