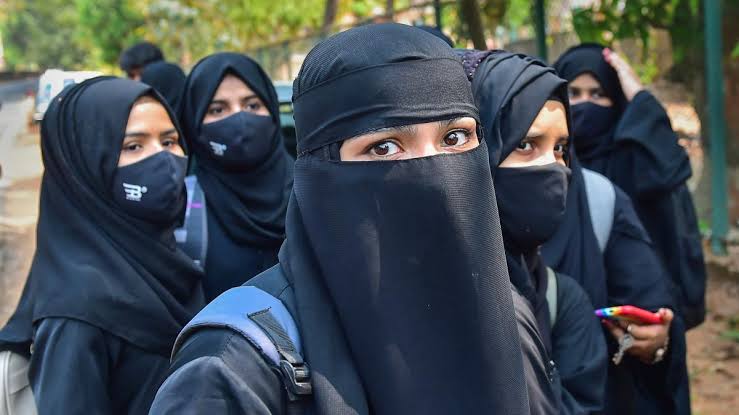 In the Karnataka Hijab Ban case, the Supreme Court issued a split decision on Thursday.

One of the attorneys for the petitioner stated that the Chief Justice of India will be presented with the case, and he will determine if a new bench will hear the case or whether it should be referred to a larger bench.

Justice Gupta said, “There is a divergence of opinion. In my order, I have framed 11 questions. First is whether the appeal should be referred to the Constitution Bench.”

The Karnataka High Court ruling was annulled by Justice Sudhanshu Dhulia, who also accepted the appeals.

“It’s a matter of choice, nothing more, nothing less,” Justice Dhulia said while pronouncing the order.

The supreme court had previously reserved its decision over a number of petitions opposing the Karnataka High Court’s decision to uphold the ban on the hijab in educational institutions.

Senior Attorney Dushyant Dave spoke to the court and claimed that the Karnataka Government Circular that enforced the uniform restriction made no mention of the Popular Front of India (PFI).

The Karnataka High Court ruling upholding the Karnataka government’s order directing rigorous enforcement of schools’ and institutions’ uniform regulations has been challenged by a number of petitioners in front of the Supreme Court.

One of the appeals in the top court has alleged the “step-motherly behaviour of government authorities which has prevented students from practising their faith and resulted in an unwanted law and order situation”.

“The appeal said the High Court in its impugned order “had vehemently failed to apply its mind and was unable to understand the gravity of the situation as well as the core aspect of the Essential Religious Practices enshrined under Article 25 of the Constitution of India”.

A Karnataka High Court panel made up of Chief Justice Ritu Raj Awasthi, Justice Krishna S. Dixit, and Justice J.M. Khazi previously ruled that the requirement of a uniform is a reasonable restriction to which students cannot object and that numerous petitions opposing the wearing of the hijab in educational settings lack merit.

The hijab controversy arose when the Government PU College in Udupi purportedly forbade six females wearing the hijab from attending school. After that, the girls protested admittance denial by sitting outside the campus.

Following this, male students of numerous colleges in Udupi began showing up to class wearing saffron scarves. This demonstration extended to other regions of the state, sparking dissent and agitation in a number of places in Karnataka.

Because of this, the Karnataka government mandated that all students wear the uniform and outlawed the hijab and saffron scarves until a panel of judges made a decision.

The pre-university education board issued a circular on February 5 informing students that they may only wear the uniform that has been approved by the school administration and that other religious clothing would not be permitted in institutions.