Some people in India consider BBC above SC: Kiren Rijiju 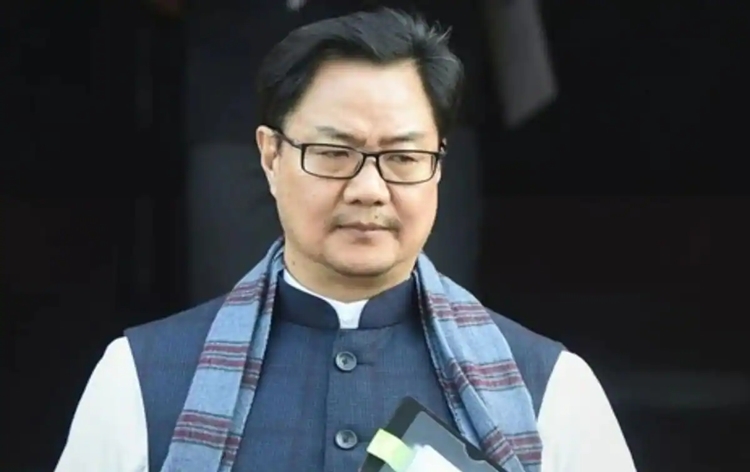 Union Minister Kiren Rijiju took on the ‘malicious campaign’ inside and outside India in connection to the BBC’s documentary on Prime Minister Narendra Modi and said that some people “consider the BBC above the Supreme Court in India.”

Rijiju alleged that they ‘lower’ the country’s dignity and image to any extent to ‘please their moral masters’. He further tweeted that the minorities in the country are moving ahead positively.

“Minorities, or for that matter every community in India is moving ahead positively. India’s image cannot be disgraced by malicious campaigns launched inside or outside India. PM @narendramodi Ji’s voice is the voice of 1.4 billion Indians,” Rijiju tweeted.
“Some people in India still haven’t gotten over the colonial intoxication. They consider BBC above the Supreme Court of India and lower the country’s dignity and image to any extent to please their moral masters,” the Minister added (roughly translated from Hindi).
He said that there is no hope from these people whose “only aim is to weaken India”.
“Anyway, there is no better hope from these tukde tukde gang members whose only aim is to weaken the might of India,” Rijiju tweeted.

Earlier, BBC has been slammed by former Research and Analysis Wing (RAW) chief Sanjeev Tripathi for its documentary on Prime Minister Narendra Modi, calling it “prejudiced, biased and full of factual errors”.

He added that the documentary needs to be condemned by everyone.

Tripathi questioned the BBC’s motivation for producing the PM Modi documentary, saying it appeared to be “motivated.” He added that the Supreme Court recently handed PM Modi a clean bill of health in the case and that the documentary includes both the episode that preceded the 2002 Gujarat riots and the Godhra train fire.

“This documentary of BBC, which claims to examine the so-called tensions between Hindus and Muslims in India, and in that context, talks about again the so-called controversial policies of Prime Minister Modi, is not only prejudiced but is also biased and full of factual errors,” he said.

In a strong response to the BBC documentary, more than 300 eminent Indians, including retired judges, bureaucrats, and armed forces veterans signed a statement slamming the British national broadcaster for showing “unrelenting prejudice” towards India and its leader.