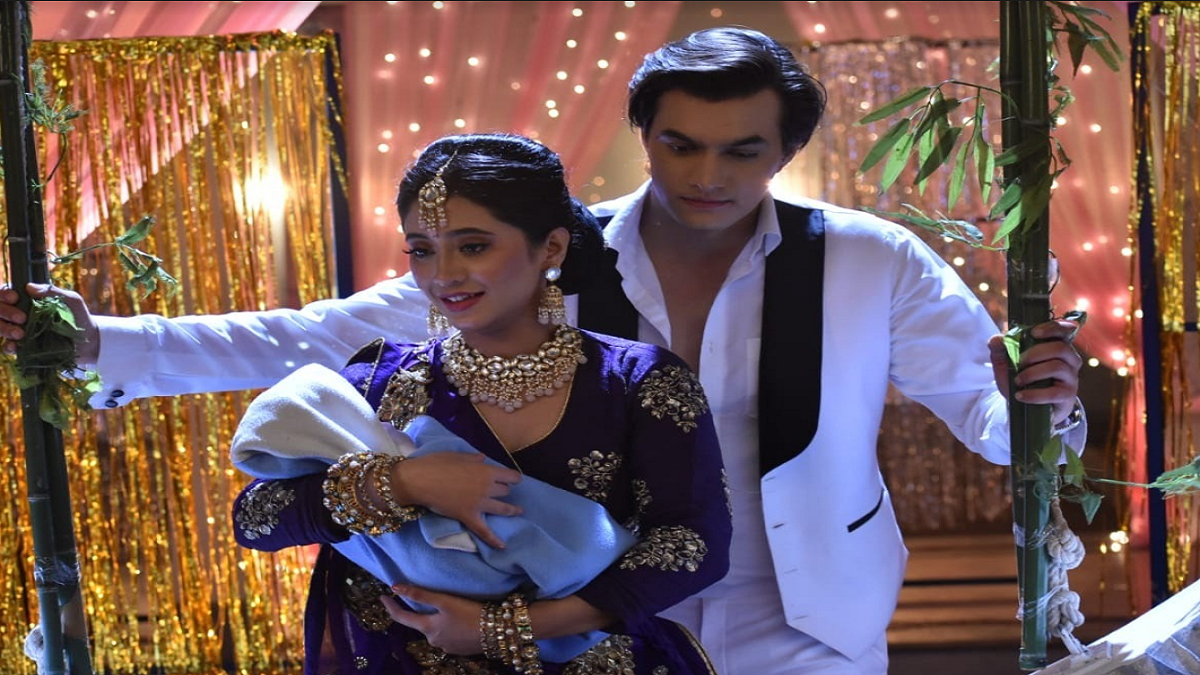 Yeh Rishta Kya Kehlata Hai, one of the longest-running TV shows in the history of Indian television, always remains in the limelight due to foot-tapping song sequence, magnificent sets, its storyline, and even costumes. This time, the show is in the spotlight as the lead pair of the show will be seen donning the avatar of Madhuri Dixit and Salman Khan from their hit film Hum Aapke Hain Koun.

TV’s most loved couple and the lead pair of Rajan Shahi’s Yeh Rishta Kya Kehlata Hai, Shivangi Joshi and Mohsin Khan will not only wear a similar costume of the two stars but also shake a leg on the popular number “Didi tera dewar deewana”.

In the upcoming episode, the audience will see the family celebrating Gayatri and Samarth’s baby shower, and Mohsin and Shivangi— aka Kartik and Naira—take it up a notch with their entertaining performance.

While Shivangi looks stunning in the gorgeous purple sari, Mohsin appears quite dapper in the white suit that he sported with a black bow tie. Both the actors nailed their respective looks and their adorable chemistry is always a delight to watch.

Following the new guidelines of TV and film shooting, it is made sure that such song sequences are performed under the utmost care of hygiene and sanitisation.