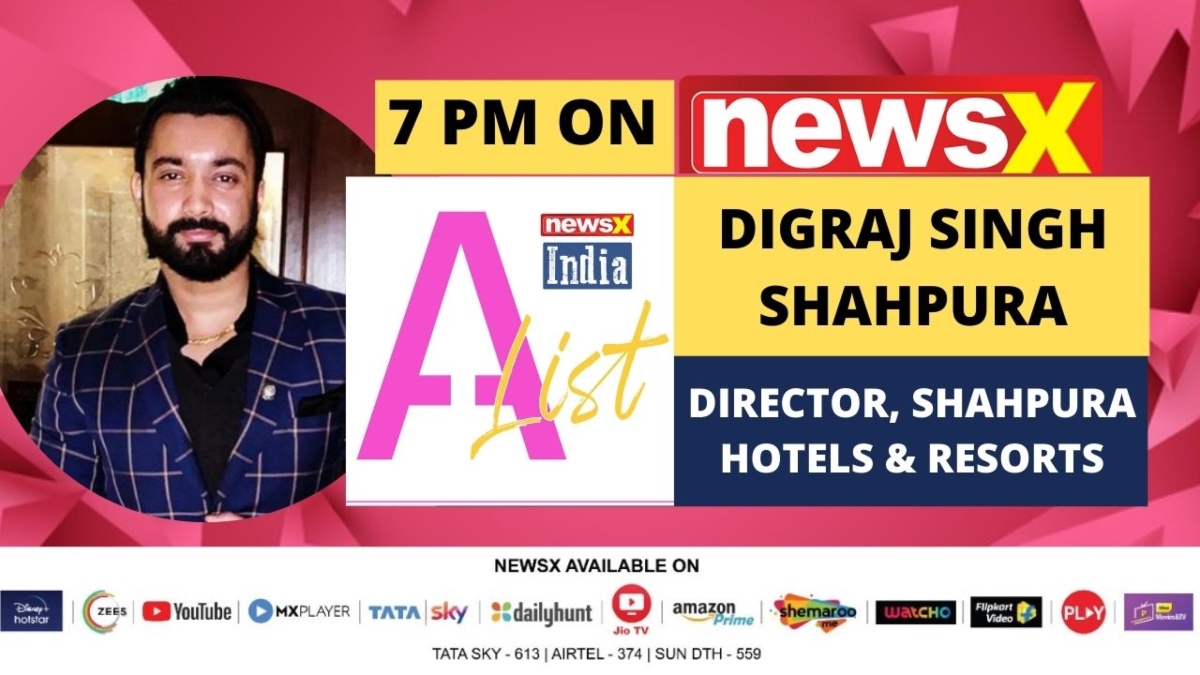 Digraj Singh Shahpura, Director, Shahpura Hotels & Resorts, recently joined NewsX for a special conversation as part of NewsX India A-List. One of the top hotel chains in India, Shahpura Hotels & Resorts have striked a perfect balance between luxury and tradition. Built with world-class luxury and necessities, the hotels and resorts enhance guest experiences while embracing the royal tradition, culture, and customs of Rajasthan.

Reflecting on his journey so far and how he began his career in the hospitality business, Digraj said, “In the initial years, when I was graduating, there was a time when I had to decide and see what’s next basically. I decided let’s step in there and see how it goes. That the first thing which I started and I started to develop a passion from there”.

When asked what sets their hotel chains apart from the other hotel chains, Digraj said, “I think there are two things that I would like to mention. One, coming from a family that knows about the heritage and also heritage with luxury, that’s what we’ve been focusing more on and giving that to our travellers, Apart from that, the personalised services what we give to the clients because our numbers are maximum 60 or 70 keys in every hotel. We make sure that request service is given to the client everywhere.”

“It has been part and parcel of our life and we’ve been doing it for long as we know what things are and how things run. See, the passion developed with the starting age and then I started to explore. I keep on travelling, keep on seeing the hotels around the world, seeing the best of the events and seeing why they are the best. That’s how you just learn and you come to know about things and that’s what we’ve incorporated now as an Indian”, he added.

He proudly extols the modern touch they have infused into their majestic hotels. Digraj expresses,“If travelling to hotels like Marriott and seeing these hotels, one can really see that luxury is what it is all about. People are there to pay, you just have to have the right product. We already have palaces, we have such good forts and beautiful buildings, which is a beautiful architecture in India itself. Not only in Rajasthan but all over India. It is just that you just have to market in the right place.”

Talking about the challenges they had faced last year, he said, “It was a hard time initially. We had to lay off employees, we had to cut down the cost and many precautions to be taken. It was a tough time but we are now talking about the future. We’ve been trying to dig out some new plans and we’re making new packages. I can tell you that I’ve been talking to my teams as recently as last week and we’re taking out some packages, which are called Day-cation packages for your staycation. It’s like a vacation. It’s for those kind of people who don’t travel and just want to use the hotels. With this, they always come in, use it for the day, use the luxury, use the spa and pay for that experience. ”