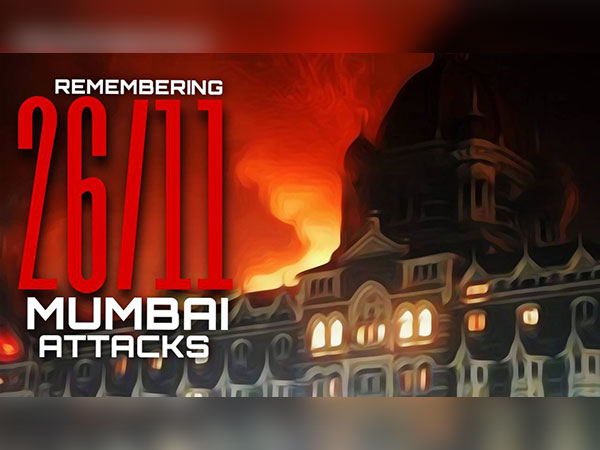 The Russian Ambassador to India, Denis Alipov, stated on Saturday that Russia and India are standing together in memory of the victims of the terrorist assault in Mumbai on November 26.

“Stand together with India in remembering the victims of the 26/11 Mumbai terrorist attack. Russia remains firmly committed to the eradication of the terrorist menace around the globe,” Alipov tweeted.

At least 166 people were killed and 300 were injured in 12 coordinated shooting and bombing attacks carried out by 10 Lashkar-e-Taiba terrorists (LeT) in 2008. Two assailants took control of Nariman House, a Chabad Lubavitch Jewish centre in Mumbai also known as the Chabad House, and held several residents hostage.

Earlier on Saturday, as External Affairs Minister S. Jaishankar paid tribute to the victims of the 26/11 Mumbai attacks, he declared that terrorism poses a threat to humanity. Additionally, he stated that the perpetrators of the attacks must be brought to justice.

“Terrorism threatens humanity. Today, on 26/11, the world joins India in remembering its victims. Those who planned and oversaw these attacks must be brought to justice. We owe this to every victim of terrorism around the world,” Jaishankar tweeted.

The Delhi Declaration, which was released following the CTC summit last month, emphasised that the ability of terrorists to find safe havens continues to be a major concern and that all Member States must fully cooperate in the fight against terrorism.

The Declaration also acknowledged that one of the biggest challenges to global peace and security is terrorism, in all its forms and manifestations.

Despite the UNSC’s best efforts to address the “greatest threat to humanity,” Jaishankar stressed during the special meeting that the worldwide threat of terrorism is rising and expanding.

Terrorism remains the gravest threat to humanity. The UN Security Council in the past two decades has evolved an important architecture built primarily around the counter-terrorism sanctions regime to combat this menace. This has effectively put the countries on notice that had turned terrorism into a state-funded enterprise,” he said.