ROUND OF 16: WALES TAKE ON DENMARK TODAY - The Daily Guardian 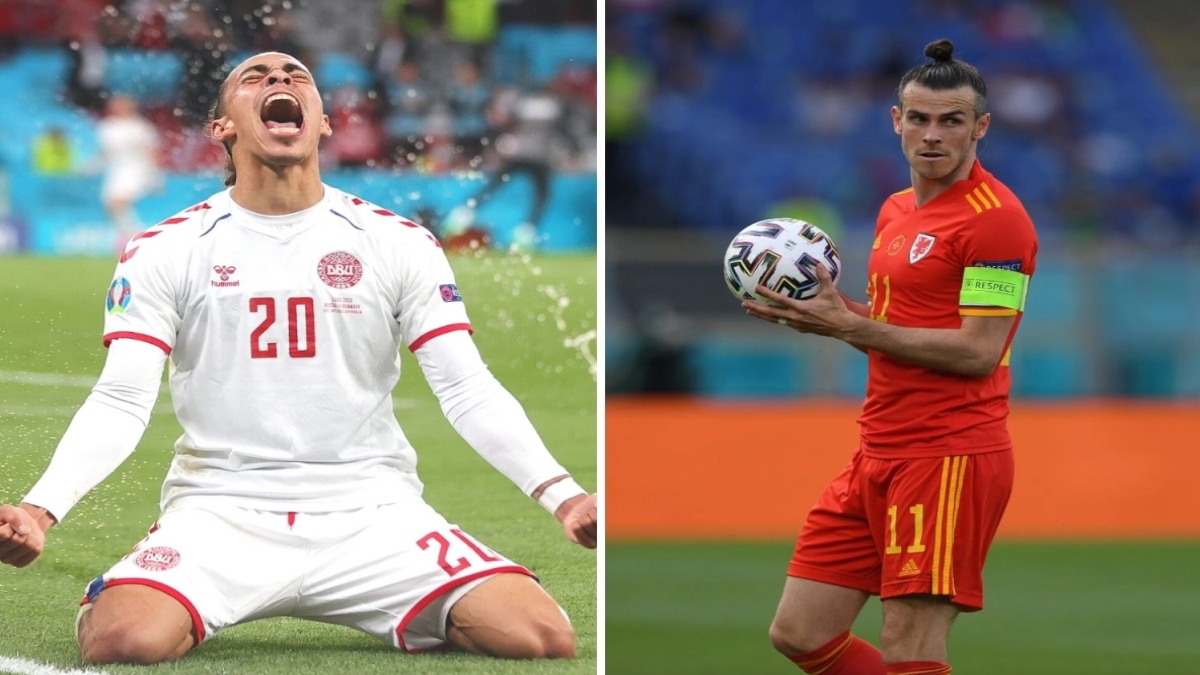 13 days of non-stop action from the Group Stages of Euro 2021 is a treat we all lapped up after a year of waiting courtesy the Covid Pandemic and the following lockdowns. But these 36 matches are only part of the first course of a grand 5 course football buffet that surely will leave every football lover begging for more!

With the group stages over, the round of 16 is all set to kick off from today with the opening day featuring a mouthwatering fixture. The first match of the Opening day of the Pre Quarter Finals will feature Wales against Denmark at the Johan Cruyff Arena in Amsterdam.

Denmark was the second best team in Group B and scripted a fairy tale journey to qualify for the Round of 16 at this edition of the Euros. After suffering the mid-game collapse of their talismanic attacking midfielder Christian Eriksen and losing to Finland by a solitary goal, the Danes took their time to settle into their groove. Their flair was on display in bits and patches during their 1-2 loss to the FIFA World No 1 team Belgium but in their final group game against Russia the music and the rhythm was only theirs. Denmark played the game of the lives to outplay Russia in a one sided affair with the score line reading 4-1 in their favour. Mikkel Damsgaard, Andreas Christensen, Joakim Mæhle will be shouldering the responsibility of breaking open the gaps in the Wales defense. Yussuf Polsen has already found the opposition net twice. The first coming from a brilliant effort to beat an in-form Thibaut Courtois, who is considered by many as one of the best keepers in the world. One cannot forget their Leicester City Goalkeeper Kasper Schmeichel and left Winger Martin Braithwaite of Barcelona who have had a big role in keeping the Danes in the game.

In these Euros, Wales are a side that has one thing that no other team has. That is their 31 year old Captain Gareth Bale who currently is on loan to Tottenham Hotspurs from Real Madrid. The six times Welsh Footballer of the Year is yet to find his name on the scoresheet but his presence and assists has helped Aaron Ramsey, Connor Roberts and Kieffer Moore to score for Wales. Danny Ward has let in only 2 goals in the Group stages and will hold the key if Wales aspires to scale as high and beyond their Semifinal finish in Euro 2016.

Denmark does have the edge in this game but with the going getting tough and little room for errors the big game players like Gareth Bale and Aaron Ramsey can stand out and change the course of the game. The game does promise to have edge to edge action and much will rest on the goalkeepers and their ability to deny the opposition from finding the mark.

The second game features four-time World Champions Italy against Austria on June 27, Sunday. The two teams have locked horns 35 times previously where the Azzurri have 16 and Austria have won 11 matches to their credit, while 8 ending in draws. The last time these two sides faced each other was in August 2008 where the game ended in a 2-2 draw. Italy, who won their maiden European title in 1968, have changed in game, style and character in this edition of the Euros and surprised everyone in the footballing world. Roberto Mancini has more than a few options in finding the opposition net, the team relies on Lazio striker Ciro Immobile and Manuel Locatelli of Sassuolo who have two goals to their credit apart from Lorenzo Insigne and Matteo Pessina. The Italian stallions topped Group A firing in 7 goals in their 3 matches and not conceding a single goal. It is a good reflection of the tight defense knot in front of the 6 feet 5 inch tall AC Milan keeper Gianluigi Donnarumma.

Austria on the other hand, lost their group match against Netherlands 0-2 and also conceded goals against debutants North Macedonia while managing a 1-0 win over Ukraine. While they rely on their strikers Gregoritsch and Arnautović to drive inroads into the opposition, their right full back Stefan Lainer who plays for Borussia Mönchengladbach is a goal searching overlapping proposition. But against a formidable defense line like the Netherlands they lacked the firepower and could manage only 8 attacks that could reach the Dutch goal and forcing a save only once.

The odds are stacked against the Austrian side and the balance sways ever so gently toward the Italians when these two face each other at Wembley stadium in London.