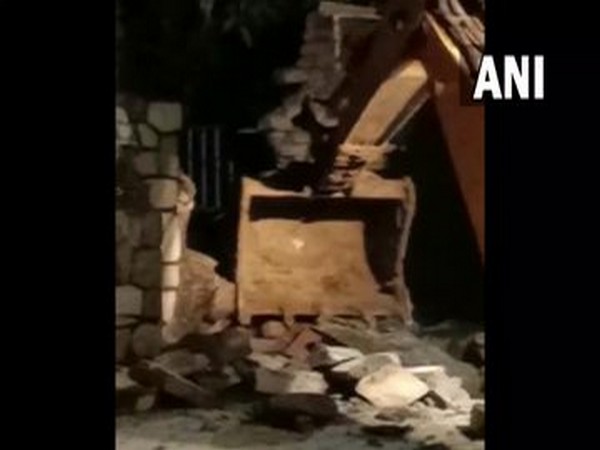 Chief Minister Pushkar Dhami ordered the demolition of a resort owned by the accused amid outcry over the reported murder of a 19-year-old woman in Uttarakhand by a BJP leader’s son.

Abhinav Kumar, special principal secretary to the CM, said that demolition was underway at the Vanatara Resort in Rishikesh owned by Pulkit Arya on late Friday night on the orders of Dhami.

The son of Vinod Arya, a prominent BJP figure from Haridwar and a former leader of the Uttarakhand Mati Kala Board, is Pulkit Arya.

Three individuals, including Arya, were arrested on Friday for the alleged murder of a woman who worked as a receptionist at his resort on Chilla Road in the Yamkeshwar region. In Pauri Garhwal, Uttarakhand, the woman went missing earlier this week, according to authorities.

Arya was arrested along with Saurabh Bhaskar (35) and Ankit Gupta (19) and all of them have confessed to the crime, police added.

Bhaskar was a manager at the resort, and Gupta was his assistant, according to senior superintendent of police (SSP) Yashwant Singh of Pauri Garhwal.

The senior police officer said Arya on September 20 had approached police with a missing complaint to mislead the investigation.

But once the victim’s father was approached by the woman’s friend with a WhatsApp message implying the trio’s involvement, he began to wonder about Arya and the staff’s involvement.

“During the course of investigation, police learnt the accused and the woman had gone to Rishikesh on Sunday. While on their way back, Pulkit and the woman entered into an argument following which the accused threw her into a canal in Chilla,” the SSP said.

The victim’s body was found in the Chilla Canal, and her relatives were contacted to identify it, according to a representative for the State Disaster Response Force (SDRF).

The BJP leader’s son had pressurized Ankita to enter into prostitution, a police officer said who did not want to be named.

The accused have been booked under Sections 302 (murder), 201 (causing disappearance of evidence of offence, or giving false information to screen offender) and 120-B (criminal conspiracy) of the Indian Penal Code.