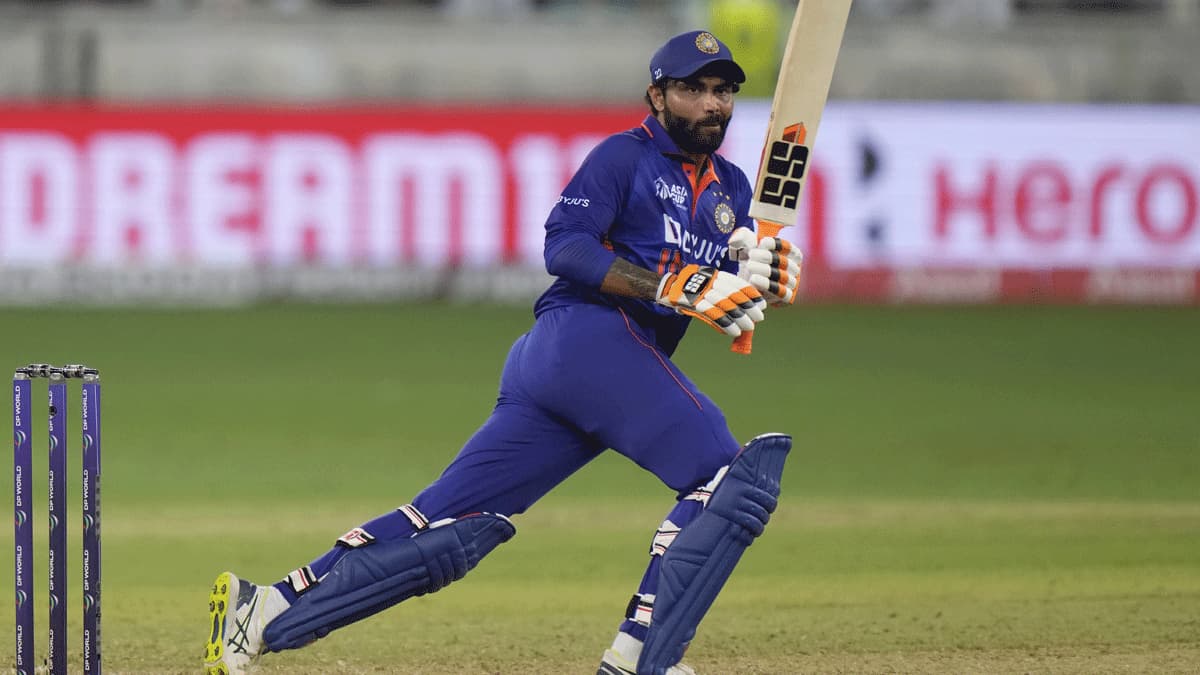 After being away from the game for more than three months, India’s star all-rounder Ravindra Jadeja has set his eyes on a return to the national side, in white-coloured clothing, which could possibly happen during the Border-Gavaskar Trophy against Australia which will start from February 9 onwards. Jadeja took to Twitter to express how he “misses” his Indian jersey and hopes to take to the field wearing it soon.

He posted a picture of his Test jersey, numbered eight. “Missed you. But soon,” said Jadeja’s post caption. In a boost for India, star allrounder Ravindra Jadeja is expected to make a comeback and play in Saurashtra’s final Ranji Trophy match, which begins on January 24, as reported by ESPNcricinfo. Jadeja had to leave Asia Cup last September to undergo surgery on his right knee. The injury caused him to miss the ICC T20 World Cup in Australia, where India bowed out in the semis after a humiliating ten-wicket loss to England. He is currently finishing up his rehabilitation at the National Cricket Academy in Bangalore, and the selectors have named him in the 17-man Test squad for the first half of the four-match Border-Gavaskar Trophy, which starts in Nagpur on February 9. The second Test of the series will be played in Delhi followed by the final two Tests in Dharamsala and Ahmedabad. While the all-rounder has been named in the 17-member Test squad for the home series against Australia that begins next month, his inclusion is subject to his fitness ahead of the series.

The selectors clarified that Jadeja will be considered for selection only if the NCA certifies his fitness. Jadeja reportedly resumed batting and bowling earlier this week but has to clear fitness tests to be considered ready and available for competitive cricket. A southpaw, who bats at No. 5 or No. 6 in the red-ball as well as limited-overs formats for India, provides balance to the middle order alongside R Ashwin, the country’s top spinner, especially in the absence of Rishabh Pant. The series is a big one for both teams as they look to nail down a spot in the World Test Championship (WTC) final. The series begins in Nagpur on February 9 with Tests in Delhi, Dharamsala and Ahmedabad.

India defeated Australia 2-1 in what was one of the most exciting bilateral series ever played, with Jadeja’s 63 in their first innings and a match-high four-wicket haul helping India to victory in the final Test in Dharamsala. The star all-rounder had a solid 2022, both with bat and ball. In nine T20Is, Jadeja scored 201 runs in eight innings at an average of 50.25. His best individual score is 46* this year in the format. Besides this, he has taken five wickets, with the best figures of 1/15. In three Tests, he scored 328 runs in five innings at an average of 82.00. He had smashed two centuries in the longer format of the sport. His best score is 175* that he scored against Sri Lanka. He had also taken 10 wickets in this format with the best figures of 5/41.