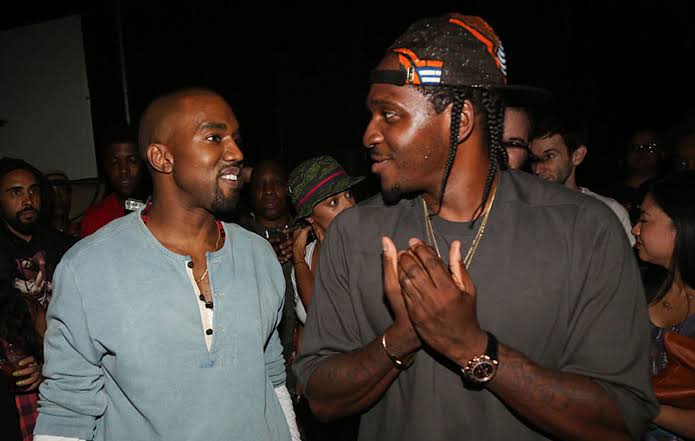 Pusha T, a rapper, has voiced his displeasure at Kanye West’s anti-Semitic tweets.

Reportedly, Pusha T, a close friend and longtime collaborator of Kanye West, voiced his opinion on the argument.

Pusha T’s interview with the Los Angeles Times, in which he denounced the prejudice and hate speech that accompanied Felton West’s remarks, has been reported by Variety.

Variety has quoted Pusha as saying, “It’s definitely affected me. It’s been disappointing.”
“As a Black man in America, there is no room for bigotry or hate speech. So yeah. It’s been very disappointing, let’s talk straight.”

When West initially began using antisemitic rhetoric in early October, he tweeted a threat against the Jewish community, accusing them of playing a prank on him and attempting to “blackball anybody that opposes” their agenda.

His vile ideas have now been spread, according to Variety, on news programmes hosted by Chris Cuomo, Tucker Carlson, and others. Additionally, he appeared on “Drink Champs” on Revolt TV before it was taken down.

During the same time, West also appeared on LeBron James’ HBO discussion programme “The Shop,” but the NBA player and co-executive producer Maverick Carter decided to cancel the broadcast due to West’s continued attempts to stir hatred towards the Jewish community.

Regarding their friendship, Kanye West and Pusha T have worked closely together ever since Pusha T joined West’s “G.O.O.D. Music” label through Def Jam Recordings in 2010.

Pusha appeared on West’s “My Beautiful Dark Twisted Fantasy” album for the first time on the song “Runaway” the same year. Since then, West has served as executive producer for Pusha’s solo projects, lending his talents to albums like “My Name is My Name” in 2013 and “Daytona” in 2018.

The most recent single from the former Clipse rapper, “It’s Almost Dry,” was produced in part by Kanye West and in part by Pusha T’s longtime buddy and collaborator Pharrell Williams.