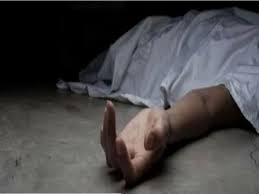 Dead bodies of a couple were found floating in a water tank in Motisara village of Sindhari police station area of Barmer district, according to the local police.

The deceased have been identified as Channani and Jogaram, who were residents of Sindhari. The bodies were taken out by the local police from the spot.

According to the information, Channani, a married woman, had a relationship with Jogaram. Both have been gone from the home since November 13, at which point the Sindhari police station also received a report of a missing person.

According to reports, both of the dead bodies were entirely rotting and were roughly ten days old.

The dead bodies were difficult for the police to remove. In addition, the police immediately dispatched a group of specialists from the Barmer district headquarters.

Both bodies were placed at the mortuary at the community health centre of Sindhari by the Sindhari police station. The dead bodies will be given to the relatives for final rites once the medical board performs a post-mortem, according to the police.

According to sources, the deceased woman, who had been married to Vishnaram for around six months, mysteriously vanished from her in-laws’ home on November 13. The in-laws then reported her missing to the Sindhari police station.