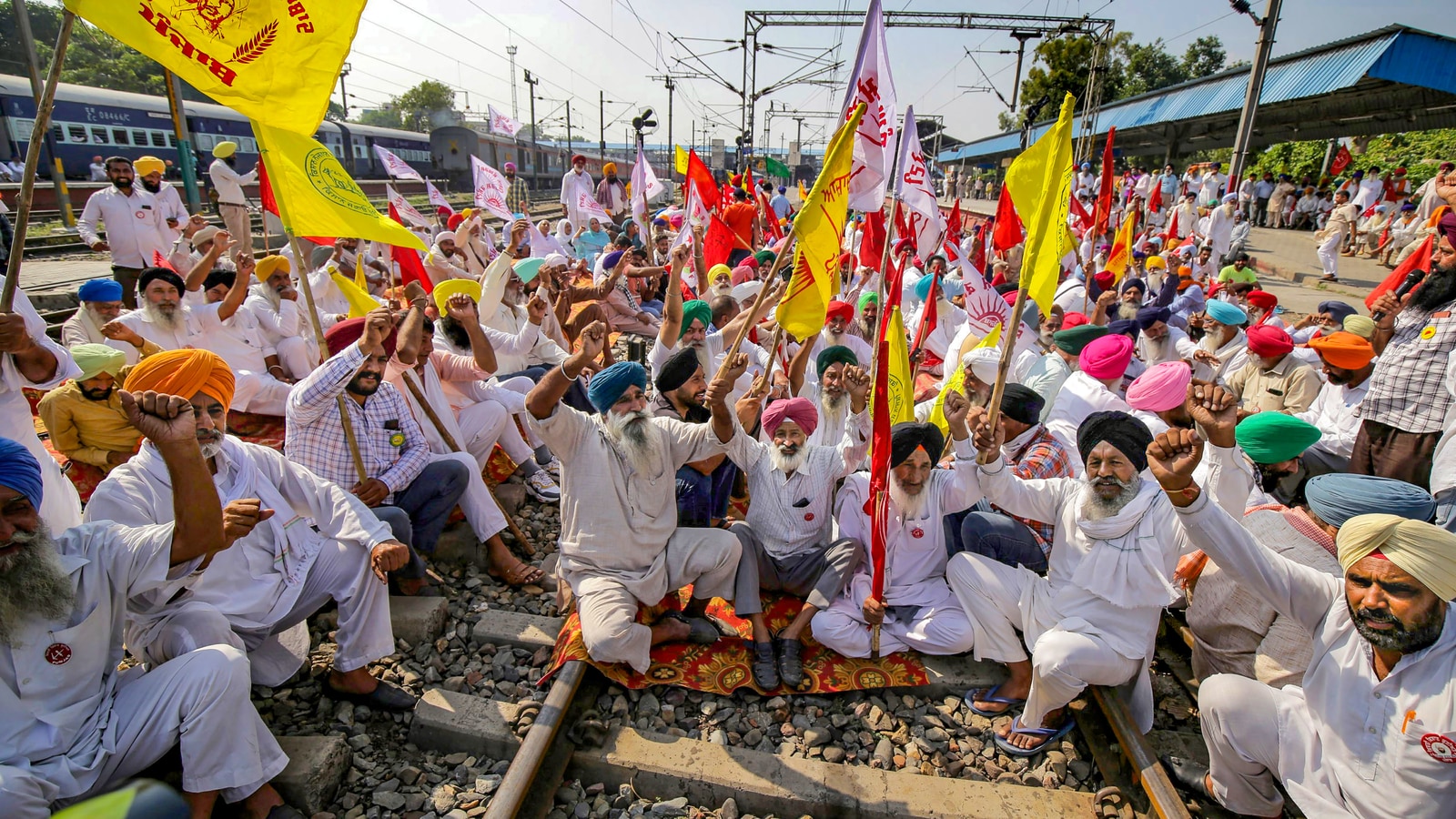 Members of the Kisan Mazdoor Sangharsh Committee (KMSC) blocked rail traffic for three hours on Monday demanding the sacking of Union Minister of state for home Ajay Mishra on the first anniversary of the Lakhimpur Kheri Violence.

KMSC general secretary Sarwan Singh Pandher said: “We are holding a protest at 17 locations in the region. Rail traffic is blocked on the Amritsar-Delhi, Amritsar-Khemkaran and Amritsar-Pathankot routes. We will burn the effigy of the central government at eight locations, namely Muktsar, Mansa, Barnala, Malerkotla, Sangrur, Fatehgarh Sahib, Rupnagar and Nabha to protest the lack of action against Mishra.”

Farmers were staging a protest in Tikunia village on October 3rd last year against the three farm laws introduced by the BJP govt. Then deputy minister Keshav Prasad Maurya visited the place and four of the farmers were crushed under the wheels of the convoy of cars. In the subsequent violence, four others, including two BJP workers and a journalist, were killed.
Pandher demanded the release of the farmers arrested after the incident and that the Union minister should be sent behind bars after being sacked from the cabinet.