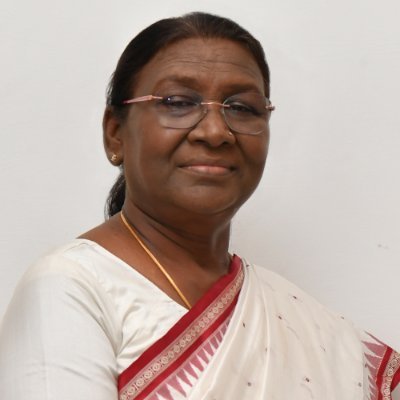 The President of India, Droupadi Murmu, attended the civic reception hosted in her honour by the Government of Haryana at Haryana Raj Bhavan in Chandigarh this evening (November 29, 2022).
Addressing the gathering, the President acknowledged the contribution of Haryana in various fields such as politics, space science, sports, food security of the country, industrial production, service sector, defence etc. She said that with the area of less than 1.4 percent and population of less than 2 percent of India, Haryana has been contributing immensely in the overall development of the country. Farmers of this state have made invaluable contributions to the food security of India. She noted that ‘Centres of Excellence’ have been set up in Haryana in collaboration with countries like Israel, Brazil and Netherlands to adopt successful modern practices in the agriculture sector.
The President said that along with agriculture, Haryana is also a leading state in industrial production and service sector. It is a major automobile producing state. She noted that more than 250 Fortune-500 companies have their offices in Gurugram and this city is called ‘Global City’. She also noted that Haryana is also among the top-five states and union territories in terms of per capita income.
The President noted that due the efforts of the Government of Haryana for the holistic development of the state, people of Haryana are moving forward on the path of development with passion. She expressed confidence that in the year 2047, at the time of completion of Amrit-Kal, India would have established itself as a developed country and contributions of the people of Haryana would be significant in that success.
Speaking about the ancient times, the President said that Haryana has been the center of the oldest civilization of India. This state was blessed by the most important river of the Vedic period – River Saraswati. She was happy to note that the government of Haryana has constituted the Haryana Saraswati Heritage Development Board for its conservation and for creating awareness about this heritage.
The President said that improvement in gender-ratio from 871 in the year 2014 to 913 at present, deserves great appreciation for the Government and people of the state. She wished that this journey of improving the gender-ratio continues and the brothers and sisters of Haryana continue to present examples of women empowerment for the entire country.